The Future Forward Party has now gained one additional seat in parliament following a re-election in Chiang Mai’s Constituency 8, after FFP candidate Srinuan Boonlue won in a landslide. 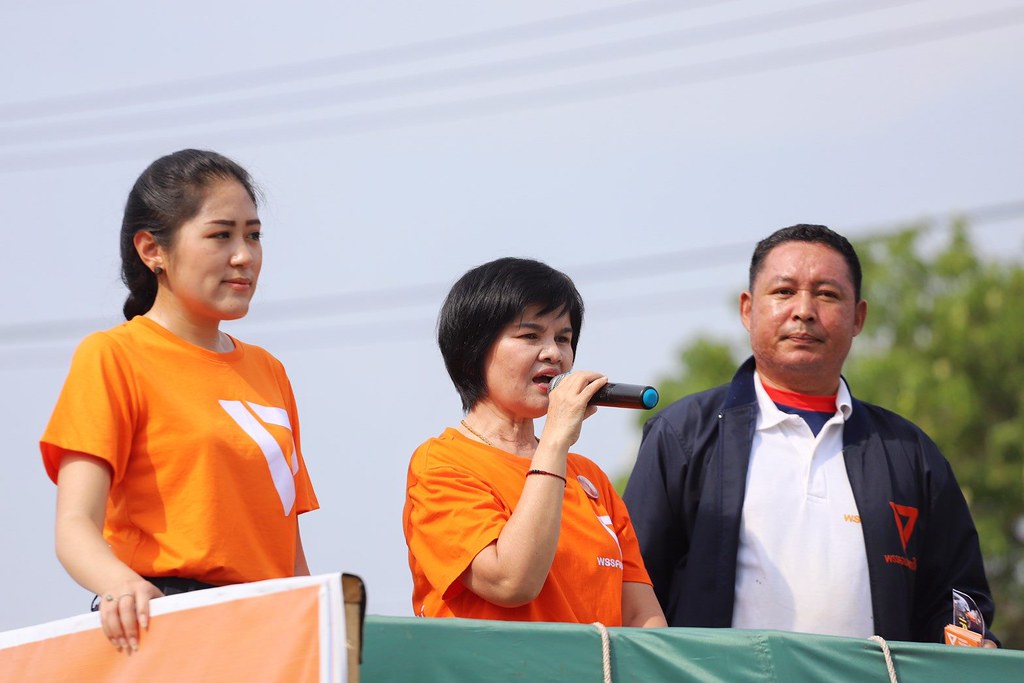 On 26 May 2019, a re-election was held in Chiang Mai’s Constituency 8, after the Pheu Thai candidate Surapol Kietchaiyakorn, who won during the general election on 24 March, was disqualified by the Election Commission of Thailand (ECT), who claimed that he attempted vote-buying by making an offering of money and a clock to a monk before the election.

An unofficial vote count shows that the FFP candidate Srinuan Boonlue won 75,891 votes in the re-election, well ahead of the first runner-up: Phalang Pracharat candidate Nares Thamrongtipayakhun, who won 27,781 votes.

The FFP Facebook page reported that Srinuan went to the ECT headquarters today (29 May) to receive certification of her MP status. With 75,891 votes, she has now become the constituency MP with the biggest win in the country, surpassing FFP’s own Ekkarn Suesongtham, who won 72,016 votes in Phrae’s Constituency 1.

FFP leader Thanathorn Juangroongruangkit posted on his Facebook page congratulations to Srinuan on her victory, and thanks to the people of Chiang Mai for their votes.

“Srinuan’s landslide win is not a phenomenon specific to any area, but is a feeling shared by the entire country after seeing the political situation these past few days and seeing which party does not keep their promises and which party messed around in parliament until the people can no longer accept it,” Thanathorn wrote. “This is the people’s punishment.”

Srinuan, who comes from a farming background, was a consultant to the chairman of the Provincial Administration and a former provincial councillor for Mae Wang. She said on the last FFP rally stage before the 24 March election that she will now be “fighting the military coup with goodness.” Srinuan said that she would support a decentralization policy, in order to further local development.

Because of the ECT’s method of calculating party-list seats, which favours the junta while slicing down the opposition, the Phalang Pracharat and Democrat parties were each given an additional party-list seat, while one seat was taken away from the Thai Rak Tham Party, which won a party-list seat with the fewest votes in the 24 March general election. When the ECT endorsed Srinuan as MP yesterday (28 May), it also endorsed the Phalang Pracharat candidate Watanya Wongopasi and the Democrat candidate Chitpas Kridakorn.

Watanya is a former media executive, former manager of Thailand’s U-23 football team, and the wife of Shine Bunnag, Executive Committee Chair of the Nation Multimedia Group – a media group which attacked Thanathorn and the FFP during the election campaign. Chitpas, on the other hand, is a Singha beer group heiress and a former core member the People’s Democratic Reform Committee.  She was formerly known as Chitpas Bhirombhakdi until her family pressured her to adopt her mother’s maiden name to distance her political activities from the family business.