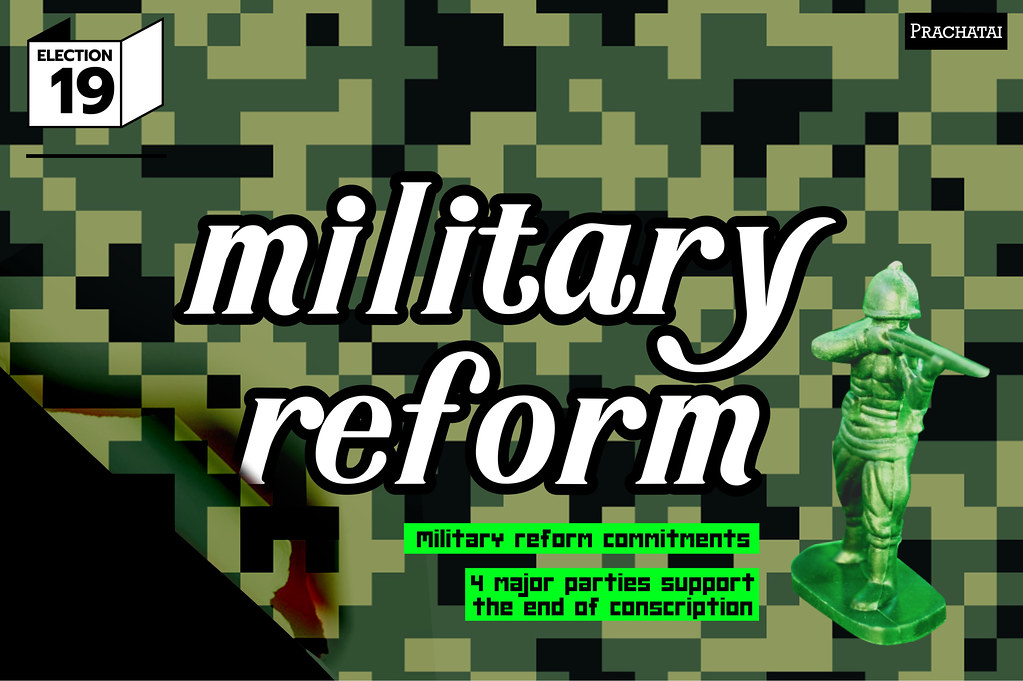 One of the hottest topics in this election is about the military reform. From speeches of MPs candidates, parties’ leadership and information on their website, 4 major political parties promise to reform the military, including Pheu Thai, Future Forward Party, Thai Liberal Party, and Democrat Party.

Regarding issues of law, command system, conscription, personel, personel's welfare, budget, military land, and weapons, each of them emphasizes on these differently. However, all of them agreed to end the conscription and shift to the voluntary system.

According to FIDH, 40.6% of 32 political parties commit to reduce the military budget - which is still less than half. Despite having the support of Prime Minister and former Army Commander Gen Prayut Chan-o-cha and the military establishment, the Palang Pracharat has nothing to say about military reform.

Notably, Pheu Thai Party prioritize legal amendments; Thai Liberal Party is the only one promises to abolish the military court; Future Forward Party’s policies are most detailed but lack legal aspects; while the democrat was the first one who propose to end the conscription, their policies remained vague. 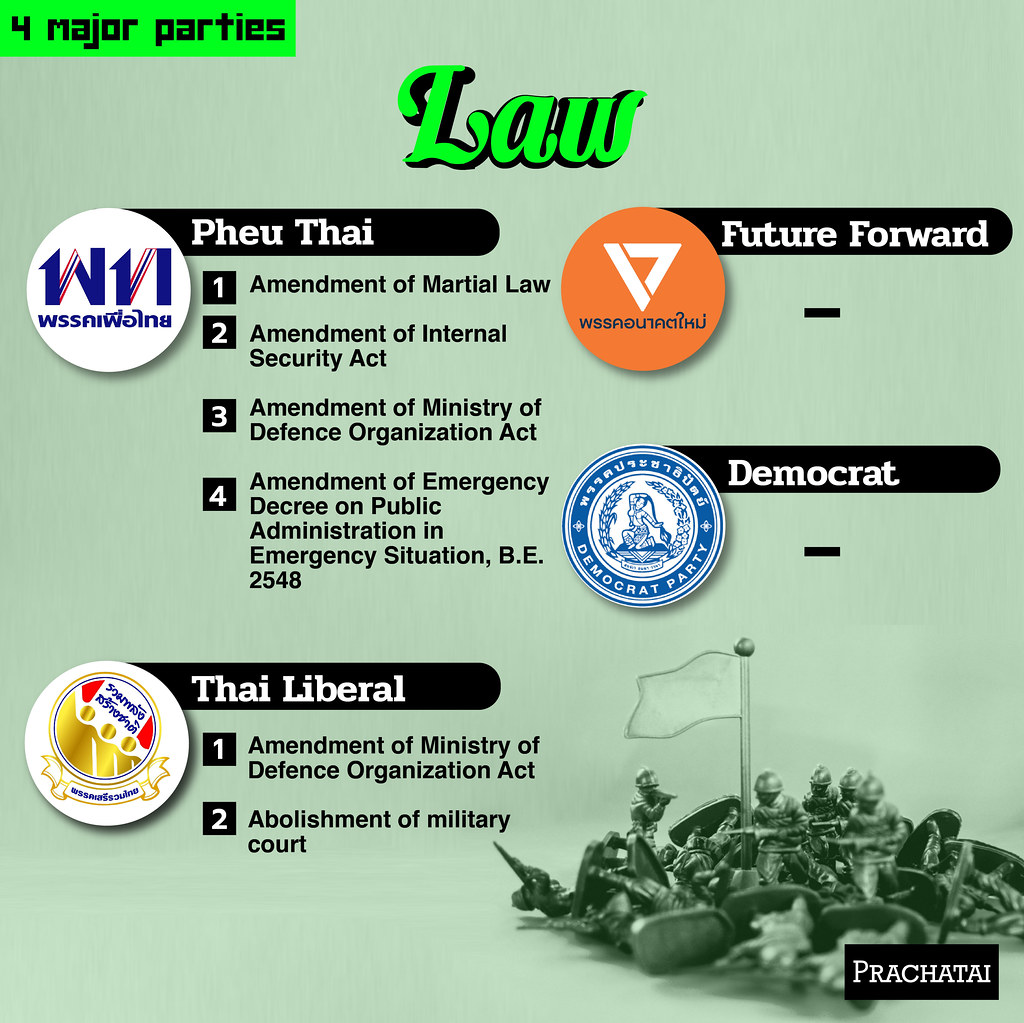 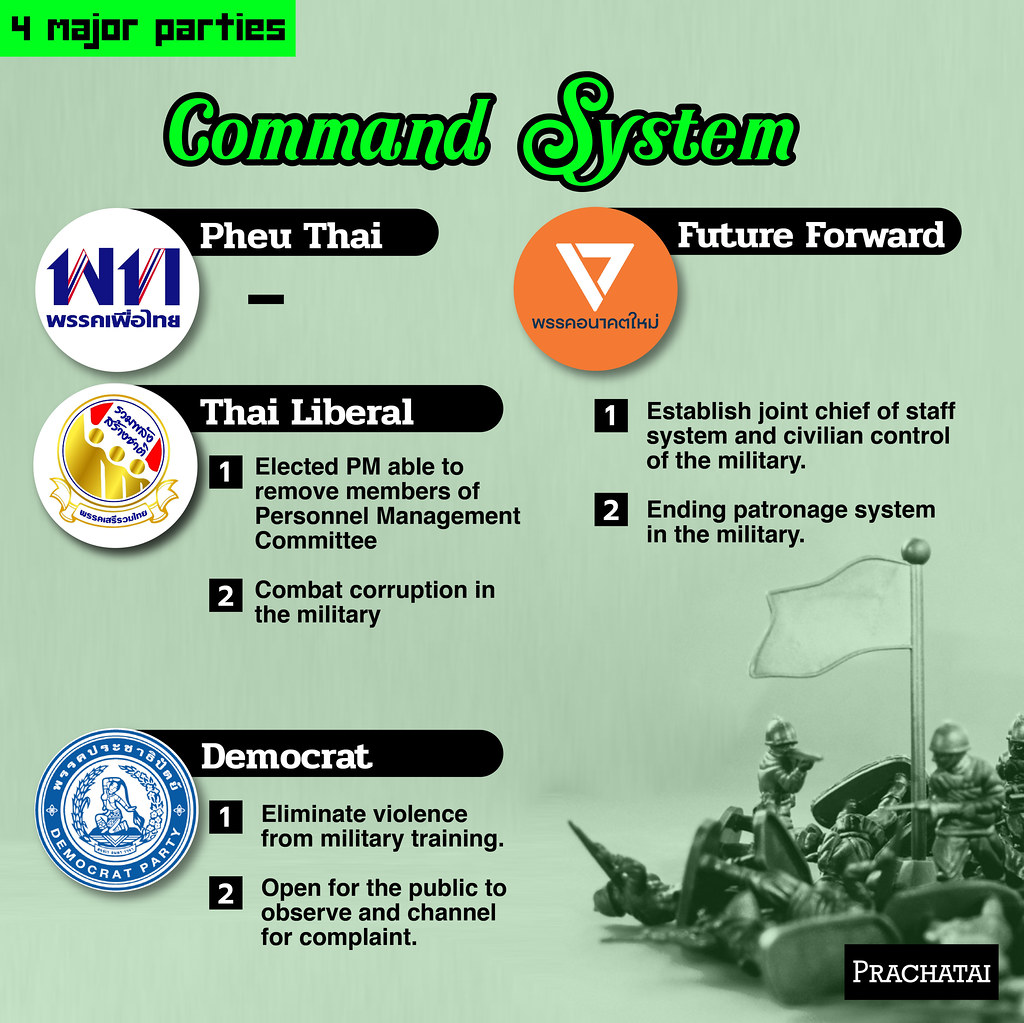 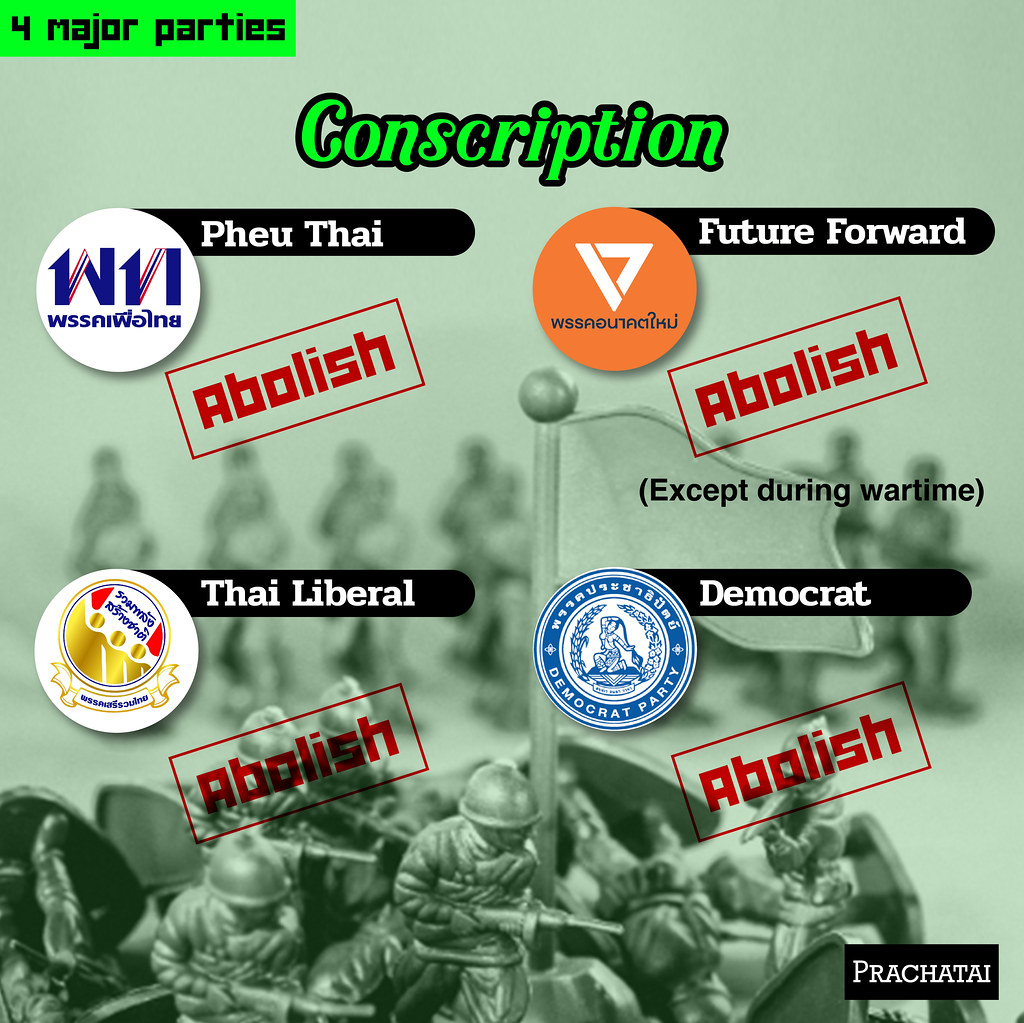 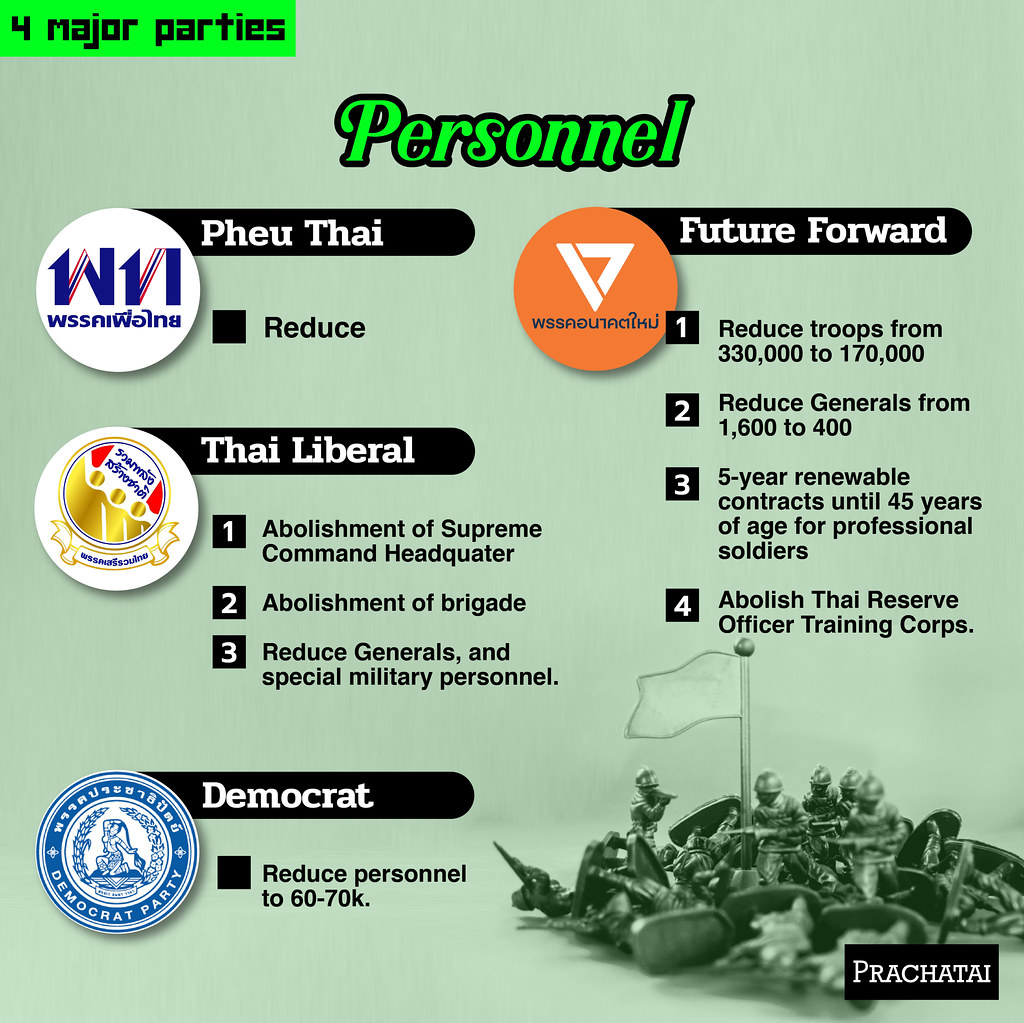 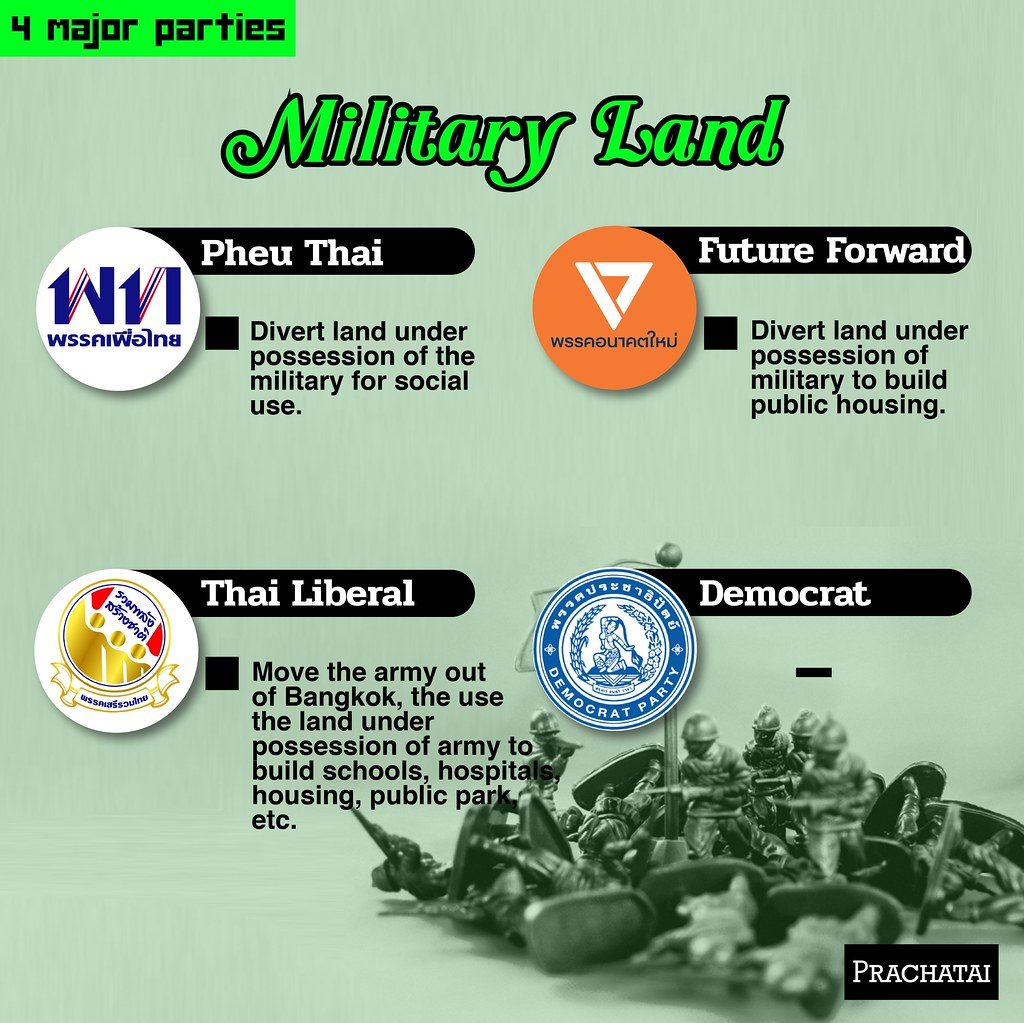 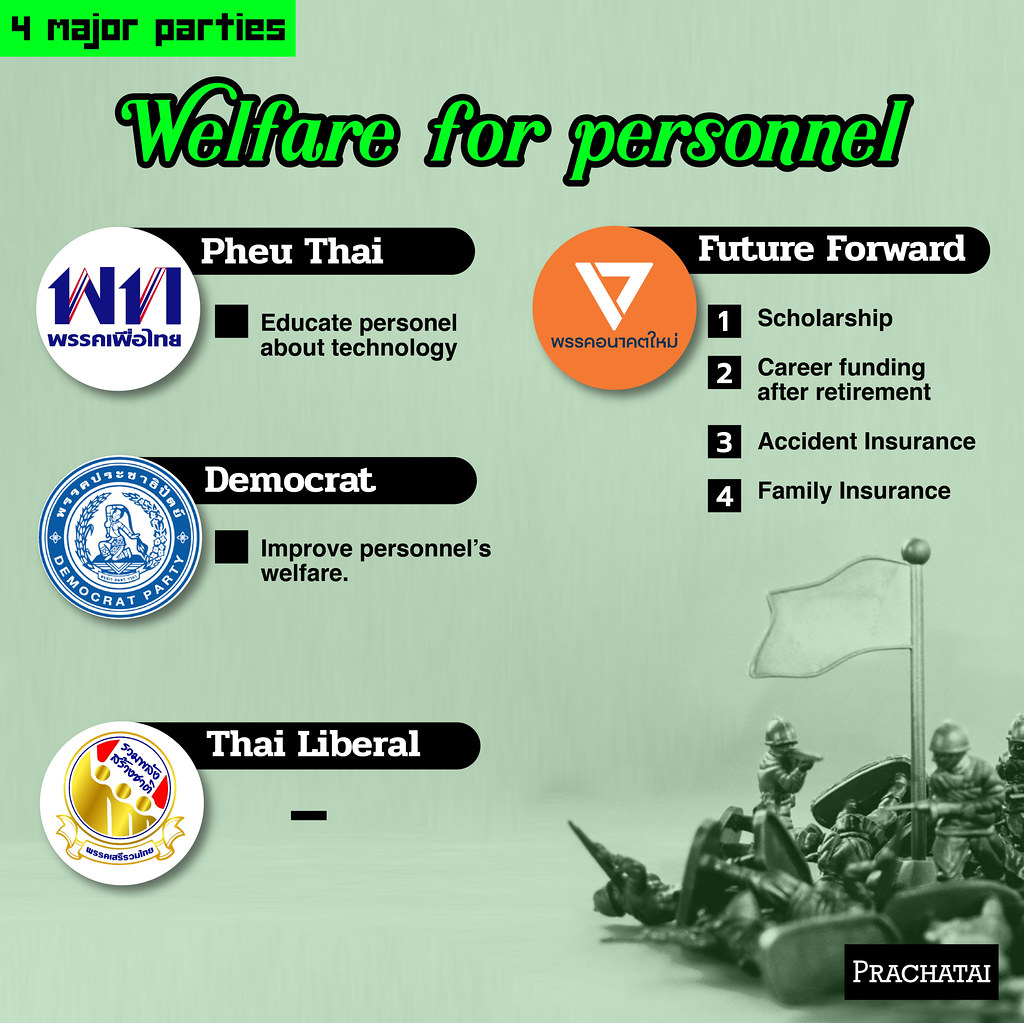 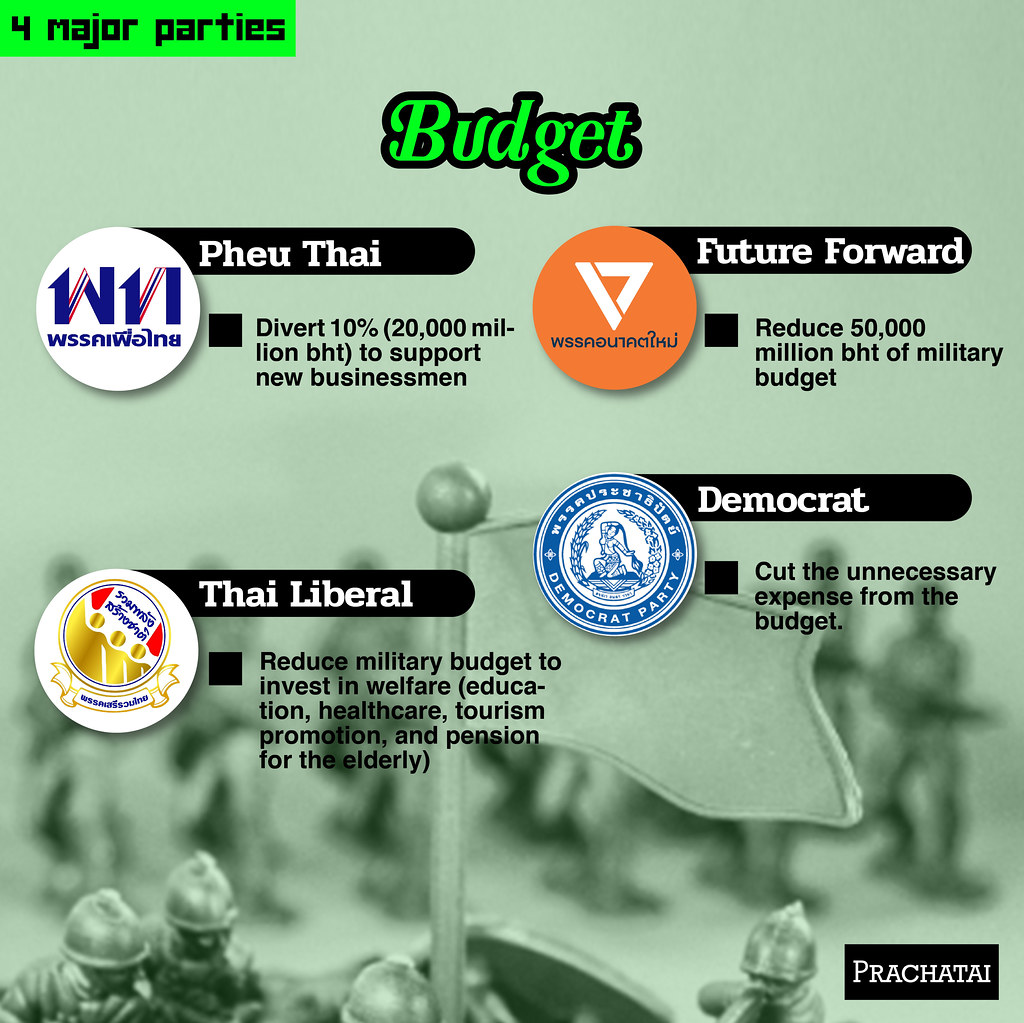 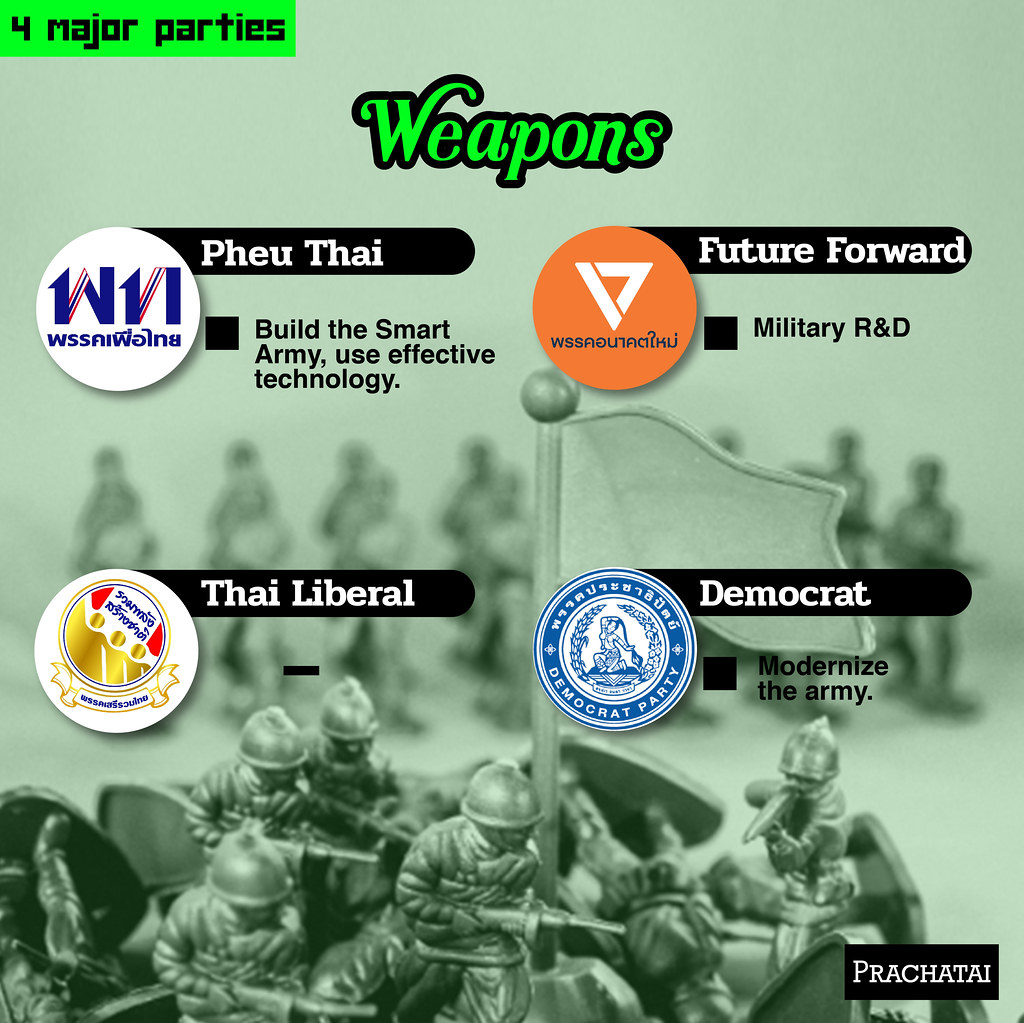 Military reform of other 32 political parties

According to More Shadows than the Light: Thailand’s Political Parties and their Human Rights Commitments, a report by Federal International Federation for Human Rights (FIDH) which surveyed 32 political parties, 40.6% of political parties supports reduction of military budget, 18.8% supports the end of conscription, and 46.9% support to set up an investigative committee to independently look into deaths of military cadets. 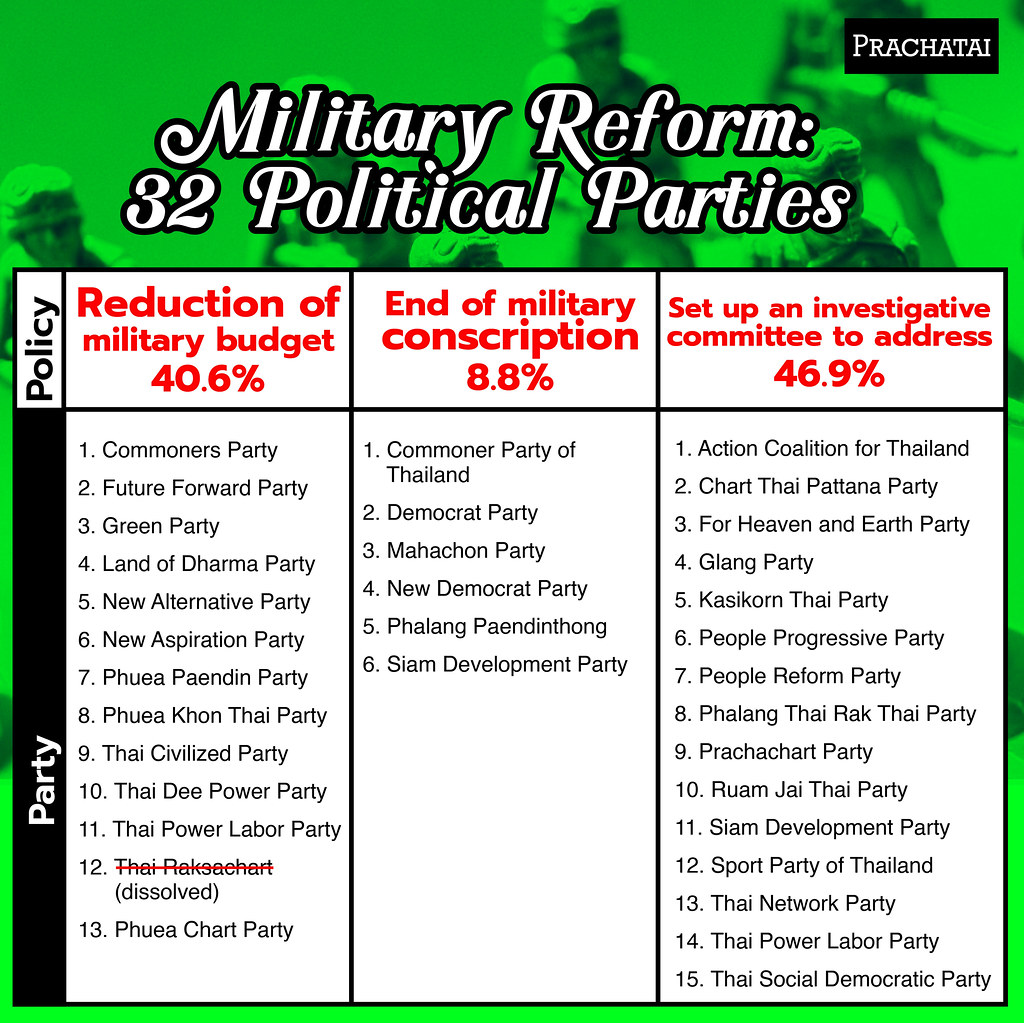