2 people claiming to be plain-clothes Special Branch police officers have requested to meet Triumph International Labour Union members at the company to ask if they were going to participate in the pro-election protest on 13 January. The Union has asserted that participation in such activities is the right of each individual and nothing to do with the Union. 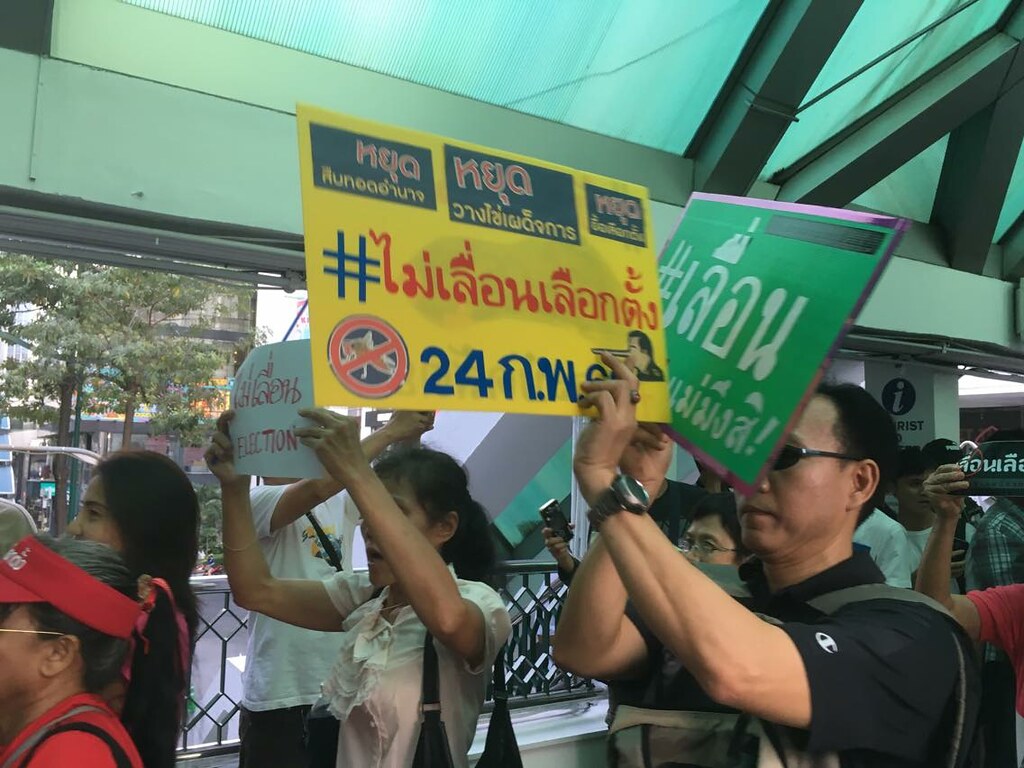 8 Jan protest against the NCPO postponement of the election

The officers made contact through the company’s HR department, and questioned if they are going to participate in the protest on 13 Jan against the election postponement . They also spoke as if they wanted the country to be peaceful during this time.

On 13 Jan there will be a protest at the Ratchaprasong intersection against the postponement of the election from the original date of 24 February 2019. There will also be protests in other provinces.

Konchanok, Tueanchai and Pimai have been arrested in the past and prosecuted under NCPO Head Order No. 3/2015 for participating in activities on 23 June 2016 in front of the Bangplee Industrial Estate, when they campaigned with members of the New Democracy Movement and distributed leaflets providing information on the constitution referendum.

On 26 November 2018, Thai Lawyers for Human Rights reported that the Bangkok Military Court ordered the consolidation of the “Bang Sao Thong Referendum ” case where 11 activists, students and labourers of Samut Prakan are charged with violating NCPO Head Order No. 3/2015, for agitating against the referendum law and not showing their IDs. The prosecutor has requested the court to hear 4 cases together since the defendants jointly committed the offences at the same time. After the consolidation order, the court will hear the evidence on 11 February.