On 26 August 2018, Prawet Prapanukul, 57, was released from Bangkok Remand Prison after serving 16 months. The human rights lawyer was arrested on 29 April 2017 for violating Article 112 of the Penal Code, the royal defamation law.

Prawet faced up to 50 years in prison for posting messages on Facebook that landed him with 10 lèse majesté charges and three sedition charges. The Court of First Instance on 27 June 2018 dismissed his royal defamation charges but sentenced him to 15 months in prison for sedition, plus one extra month for refusing to be fingerprinted.

Prawet’s prosecution is related to the disappearance of the 1932 Revolution Plaque in April 2017. Prawet shared Facebook posts of Somsak Jeamteerasakul, an exiled critic of the Thai monarchy, which discussed the controversial issue. On 29 April, soldiers raided his house and arrested him, and detained him and five other individuals at a military camp in Bangkok.

Initially, the military held him incommunicado and he was not allowed to contact anybody. In response, Prawet staged a hunger strike on 30 April. A day later, the authorities allowed him to make a phone call to a friend. That was the first time the public knew of his whereabouts.

In early May, the military transferred the six into police custody and pressed lèse majesté charges against five of them for sharing Somsak’s Facebook posts about the missing plaque. The court rejected their bail requests. But the public prosecutor eventually decided not to indict and released them all except Prawet.

In July 2017, when the court held a witness hearing for Prawet’s case, Prawet decided to dismiss all his defence lawyers and announced that he did not recognise the court’s authority in the case. He refused to sign all documents and did not call any defence witnesses. The reason he gave was that the Thai justice system was not sufficiently impartial to rule on royal defamation prosecutions.

After his release, Prawet said in an interview that the case is not over yet since the general attorney is appealing the case. He vows to keep fighting the case but will rest for a few weeks. 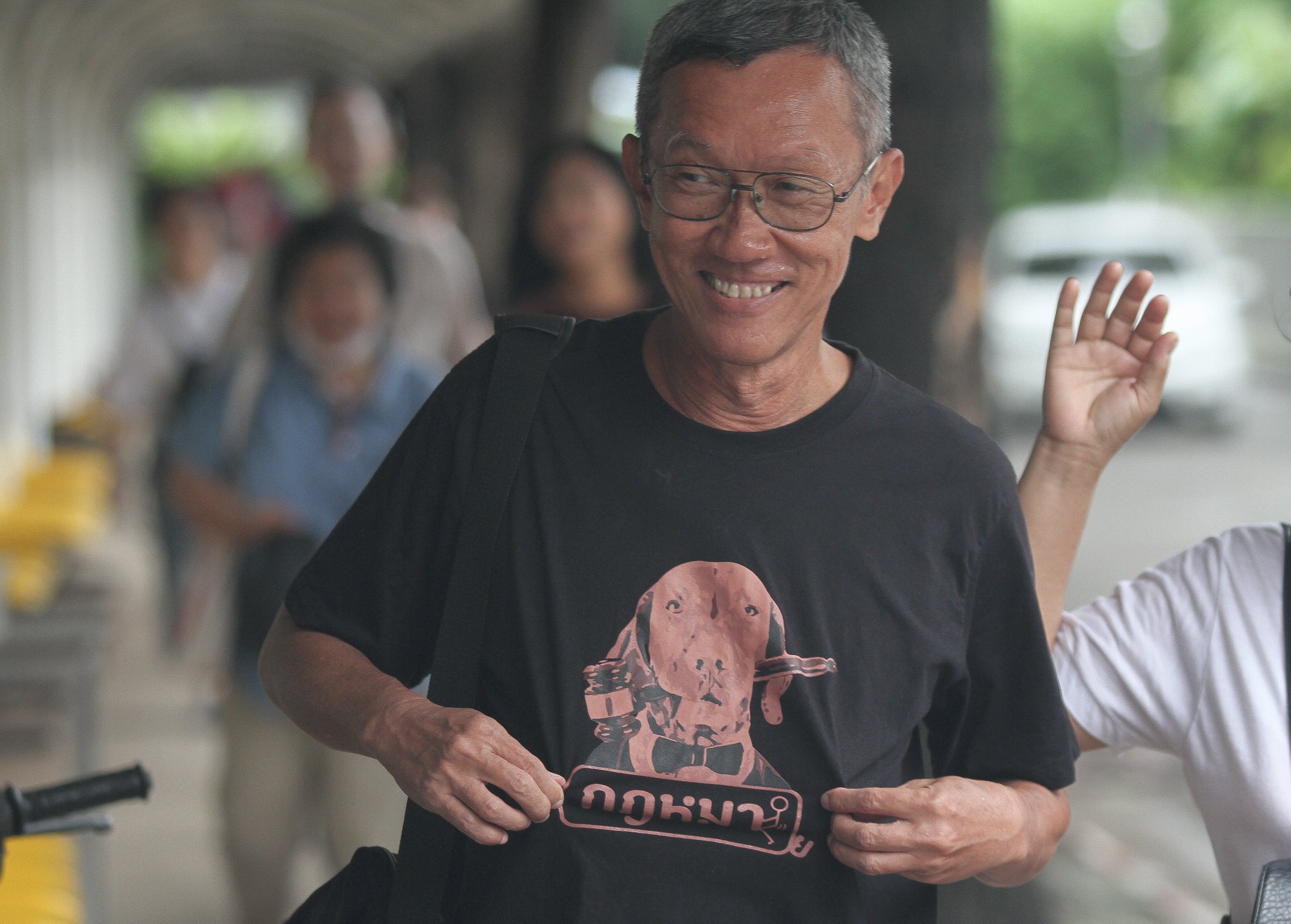