Submitted on Fri, 4 May 2018 - 04:35 PM
Protection International (PI) and Asia Pacific Forum on Women, Law and Development (APWLD)
Joint Statement by Protection International (PI) and Asia Pacific Forum on Women, Law and Development (APWLD) on Acquittal of Nawa Chaoue, Indigenous Peoples Human Rights Defender, Co-Founder of Save Lahu Group
02 May 2018
Chiang Mai, Thailand
Chiang Mai, Thailand, on 24th April 2018, at about 3:30 pm community leaders from Save Lahu, Protection International (PI) and the Asia Pacific Forum on Women, Law and Development (APWLD) witnessed the Acquittal of Nawa Choue, caretaker to Chaiyaphum Pasae, Indigenous Peoples Human Rights Defender and co-founder of the Save Lahu Movement. This positive outcome closes a series of false accusations and 331 days of incarceration for seeking justice for the killing of Chaiyaphum and for defending human rights.
Nawa Chaoue is the co-founder of Save Lahu group, caretaker of Chaiyaphum Pasae, and sister-in-law of Maitree Chamroensuksakul – Lahu indigenous human rights defender. She is also a member of the Lahu Youth Protectors Group and Network of Indigenous Peoples in Thailand (NIPT).
Mr. Chaiyaphum Pasae, the Lahu Human Rights Defender who was shot dead by military officials in March 17, 2017, comes from that same village. Nawa and Maitree Chamroensuksakul were mentors of Chaiyaphum Pasae.
On 29th May 2017, the house of Human Rights Defender Maitree Chamroensuksakul was raided by police while he was returning from a meeting with the U.N. Special Rapporteur on the Situation of Human Rights Defenders, Michel Forst, during an academic visit in Bangkok on 26th and 27th May 2017. The raid took place during an alleged anti-drug operation in Ban Kong Phak Ping (Muang Na Sub-District), in the Chiang Dao district of Thailand’s northern Chiang Mai province.
Nawai Police station and the Committee on Narcotics Control (Narcotics Control Board) intervened in the siege and search. During the search they reportedly did not find any narcotics. They were looking for Maitree, who was not at his house during the raid. They then arrested Nawa, a mentor to Chaiyaphum, and Chanthana Pasae. Both women were indicted for drug possession.
The authorities accused Nawa of being complicit to the alleged drug-related offences and for supplying drugs to Chaiyaphum on 17th March, two days before he was shot by military personnel. Nawa was in jail at the Chiang Mai Correctional Institution since 29th May 2017 where she was incarcerated for 331 days until her acquittal on 24th April 2018. The Court set bail in the amount of 2 Million Thai Baht as a security deposit. Her family immediately applied for bail and the Justice Fund on 18th July, 2017, and was granted the 2 Million Baht from the Fund in November 2017. However, her request for bail was denied by the court. Despite the setback of being denied bail the organisers consider it an achievement to have accessed the amount of Two Million 2M Thai Baht from the Justice Fund for her bail, because it is still a substantial amount accessed by an indigenous woman facing these charges. The organisers also see this as a partial response to our earlier recommendations in the Shadow Report for Thailand to the CEDAW 2017 to ensure access to justice by rural and indigenous women in Thailand.
Since the extrajudicial killing of Chaiyaphum Nawa was highly visible in the call for justice led by Maitree. She has led and participated in activities for Chaiyaphum by: (1) reporting the death threats received by Maitree at the Police Station with the National Human Rights Commission; (2) coordinating visits by The National Human Rights commission of Thailand, Protection International and other human rights organizations; (3) organising the commemoration “60 Days after the Death of Chaiyaphum Pasae”. This solidarity event was held under heavy surveillance on 16th May 2017. It is believed that she is being held solely as a result of her family ties with human rights defenders Mr Maitree Chamroensuksakul and Mr Chaiyaphum Pasae.
The extrajudicial killing of Chaiyaphum, the harassment of Maitree and the false charges against Nawa are evidence of how Human Rights Defenders are persecuted for the legitimate defense of human rights in Thailand. Rural, Indigenous and Women Human Rights Defenders are also among the poorest and most criminalised in Thai society. When they raise their voice in calling for justice and defending ethnic minority rights, they are harassed, threatened, criminalised and perennially exposed to risks to their lives by state and non-state actors.
Lahu is an indigenous group in the border between North of Thailand and Myanmar. Thailand categorises them as one of the Hill Tribe groups. Offences related to possession and usage of drugs are common allegations against many hill tribe people living in the Thai-Burmese border area and this includes community based Human Rights Defenders. There is documentation of military officers using anti-drug operations to legitimise attacks on activists who expose and speak against violations by the military and other security personnel.
Mindful of the continued persecution of Human Rights Defenders in Thailand, Protection International and the Asia Pacific Forum on Women, Law and Development urge the Thai authorities to: 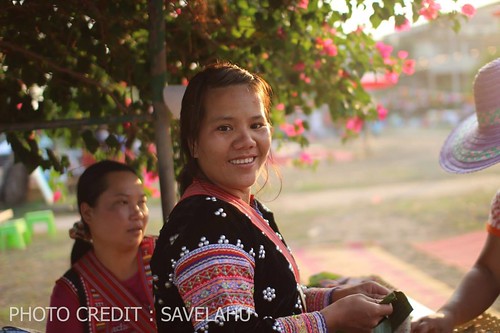