Nidhi Eoseewong: the Culture of Power

Submitted on Thu, 22 Feb 2018 - 01:07 PM
Nidhi Eoseewong
According to television and newspaper reports, Banthoon Lamsam, said at the opening of a new branch of Kasikorn Bank in China “An election is not the important point. But I would like to see… the government ready with the intention and knowledge to solve problems for Thailand,” not to have power just for the sake of having it, as in the past.
I do not know if he intended it to be a sarcastic remark directed towards the prime minister who came to power through a coup d’état or not, but I don’t think it can be denied that many prime ministers who came from elections such as Chatchai Choonhavan, Chuan Leekpai, and Thaksin Shinawatra all had strong intentions to solve problems for Thailand. But whether they were able to solve them or not, or if the solutions were good or bad, can be disputed, since what Mr. Banthoon called “knowledge” isn’t a fixed formula sent from the heavens, but just an opinion comprised of facts and reasons of an individual.
But King Phetracha’s legitimacy did not lie with winning by the use of force as much as with creating the role of protector of Buddhism, when senior Buddhist monks felt threatened by France’s Catholics, something that the people probably liked. 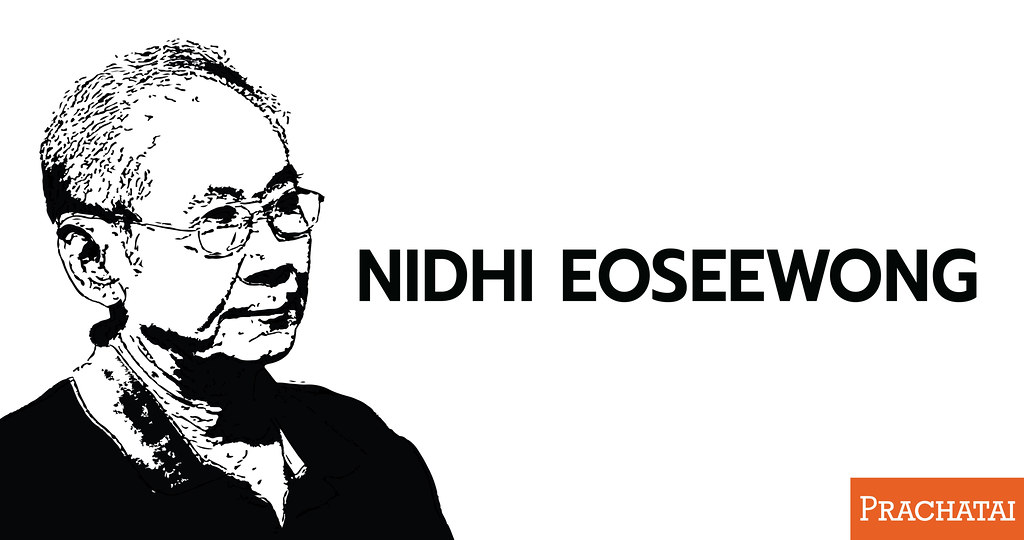 For what reason did Somdet Chaophraya Borom Maha Srisuriyawongse, regent during the early reign of King Rama V, not seize the throne and establish a new dynasty of his own even though he was already in control of almost all the kingdom’s affairs at that time?
Historians have numerous answers, such as his loyalty to the Chakri dynasty or the fact that he already had power equal to a king’s, so he saw no need to seize the throne. But I wish to say that the power and legitimacy he had wasn’t enough for him to seize the throne. For example, he had quite a number of enemies among the aristocracy. If he seized the throne, his enemies would easily be able to join forces. He knew the situation of international politics well; and he probably already knew that the Western powers, especially Britain, wouldn’t support him, since Britain Fully supported the royal palace party (for whatever reason).
Force is not enough to bring about power. There must always be legitimacy which others also find acceptable. Of course, legitimacy from the viewpoint of any society is likely to change along with changes in the country.
This can be seen from elections, which never happened in Thailand until changes in the governing system.
No matter who says that elections are only a tradition or full of corruption, before 1958 Thai elections gave necessary legitimacy to political power for 25 interrupted years, even though after that the army seized power and suppressed election after election for many years. However, after the 14 October incident, elections once again returned as the backbone of political legitimacy. The army used other methods to interfere in politics while accepting elections for example, by having a Senate with tremendous power but appointed, or pressuring political parties into supporting a prime minister from the army.
Even after staging a coup and seizing power, they have to promise to quickly return to elections such as when the National Peace Keeping Council (NPKC) seized power in 1991 and the Council for National Security (CNS) in 2006.
Even if elections are not the only source of legitimacy of power, the status of elections is becoming increasingly more important as a source of legitimacy.
It should be observed that in the past 10 years, the capital for destroying power that is legitimized by elections has had to increase each time. It is necessary to use independent organizations that come from the constitution, constitutional organizations, distortions of the law, creating prolonged riots until the economy is stunned, violence that reaches the brutality of massacres in the street, the credibility of the judicial process, etc.
Why will the Thai elite accept paying such a high capital, if elections “are not the important point” (and they’re not the only ones paying for this capital, others have to pay as well)?
It’s the opposite of what Mr. Banthoon said. Think carefully of the present and future; elections will be a source of legitimacy so prominent that no other source of legitimacy can be balanced against it. Please think about it. If a prime minister from a future election violates the constitution himself (a democratic constitution, not the current one), would the constitutional court have any legitimacy left to restrain that prime minister?  Could that person remain?
What is worrisome is that elections would become too important a point.
Opinion
Nidhi Eoseewong