Home » Rebranding Thailand: why is junta so obsessed with wordplay?

Rebranding Thailand: why is junta so obsessed with wordplay?

Submitted on Sun, 4 Feb 2018 - 12:27 PM
Kornkritch Somjittranukit
During the past four years, the junta’s National Council for Peace and Order (NCPO) has added many terms to the dictionary of Thai politics. At the beginning of their regime, the NCPO coined the term “Returning Happiness”, which later became the name of a weekly TV programme that junta leader Gen Prayut Chan-o-cha uses as a channel to communicate with the Thai people.
In 2016, the NCPO launched the “Pracharat” campaign, directly translated as “people-state,” as part of its attempt to form a political coalition among the military, the private sector, the bureaucracy and civil society. The most recent term is “Thai-ism democracy” which was invented after Prayut showed an intention to participate in the upcoming election.
Prachatai talked to Petra Desatova, a PhD student from Leeds University, who pointed out that these terms are not merely a play on words, but rather a systematic attempt to strengthen its authoritarian regime.  An advisee of Prof Duncan McCargo, Desatova conducted research which examines the phenomenon of nation branding in the context of post-coup Thailand. It focuses on the period from the 22 May 2014 coup until 1 December 2016, when King Vajiralongkorn officially ascended the Thai throne. 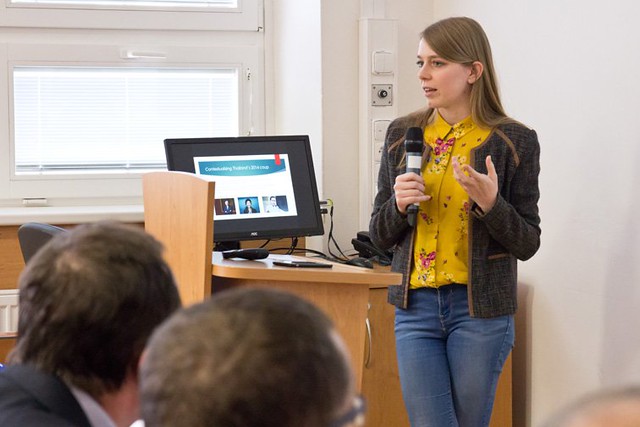 What is nation branding?

Nation branding is a relatively recent concept that evolved in the 1990s as an extension of place branding, which is a practice of branding locations such as villages, towns, cities or regions to attract tourism, investment and human capital. The original idea behind nation branding is to re-define a nation’s image by using techniques of commercial marketing and branding to increase the nation’s competitive advantage in the global marketplace. In this form, nation branding is a strategy that treats nations as corporations selling products and services to their target audiences be it foreign holiday-makers, investors, merchants, buyers, students or workers.
However, countries have used nation branding for other than economic purposes. This is particularly the case of non-democratic or transitory regimes (such as China, Kazakhstan or post-coup Thailand), in which the government's decision to use nation branding is not only driven by materialist motives but also by the need to maintain state power and political legitimacy. In these countries, nation branding takes the form of internal and external image and identity campaigns that are primarily aimed at changing people’s attitudes and behaviours towards the nation, and its socio-economic and political systems.

Why is nation branding so important for the junta?

The solution that nation branding offers is in the ‘correction’ of people’s attitudes and behaviours towards the nation, and its socio-economic and political systems instead of changing the country’s economic, social and political conditions. It is about creating expectations, ‘selling’ attractive visions, making people feel proud of their nation, and encouraging particular behaviours while setting boundaries to others. This is exactly what the NCPO needed following the 2014 coup. They needed to re-engage the Thai people with the old elite’s vision of a creatively modernising yet socially traditional Thailand consisting of people that will reject the Shinawatras once and for all, abandon their provincial identities and democratic and social aspirations in exchange for a semi-authoritarian rule modeled on the military regimes from the early 1960’s (Field Marshal Sarit Thanarat) to the late 1980’s (General Prem Tinsulanonda).

What are the junta’s policies that constitute national branding?

First, please note that nation branding is not just about policies. It comes in the form of projects and/or policy-based campaigns.
After the coup, the NCPO scrapped the ‘Modern Thailand’ nation branding strategy of the ousted Yingluck administration that was primarily aimed at attracting foreign direct investment. Since then, there has been no official talk of nation branding in the Prayut administration. However, many of the junta’s post-coup activities classify as nation branding. One example of this is the 2014 ‘happiness’ campaign that consisted of happiness festivals and Prayut’s happiness ballad. The whole campaign was complemented with Prayut’s weekly ‘Returning Happiness to the People’ broadcasts. The NCPO’s choice of happiness as the campaign’s core theme was not coincidental. Free from political ideology, happiness had the potential to appeal to all sections of Thailand’s deeply-divided society and to foreigners who had been discouraged from engaging with the country because of the coup. Through this campaign, the NCPO wanted to show the world and the Thai people that life under its military regime – and the old establishment it represented – had many benefits. Above all, it was happy, peaceful and orderly. The whole campaign was saturated with a strong sense of nostalgia for the ‘good old days’ of the 1960’s and 1980’s when the country was governed by paternalistic military rulers and the Thai populace was largely apolitical.
Another example is Prayut’s 12 National Core Values that schoolchildren have to recite on a daily basis and that has inspired a number of different NCPO’s policies (including the 2015 ‘Discover Thainess’ tourism campaign that also classifies as a form of post-coup nation branding). These values are a peculiar mix of nationalism, political conservatism and religious moralism conducive to authoritarian rule. They create expectations of what behaviours are to be encouraged and what behaviours are deemed patriotic while implicitly setting boundaries to other forms of behaviour. The ‘Thailand 4.0’ policy that promises an economic upgrade that would align Thailand with the new digital age is an example of nation branding from within the economic sector. This policy is effectively ‘selling’ an appealing vision of their future selves to the Thai people in exchange for their support, trust and loyalty to the military government. I believe that the NCPO is hoping that Thailand 4.0 will strengthen their claims to power and political legitimacy by giving the impression that they control the country’s economy and that they have a long-term economic strategy despite their poor macroeconomic record. 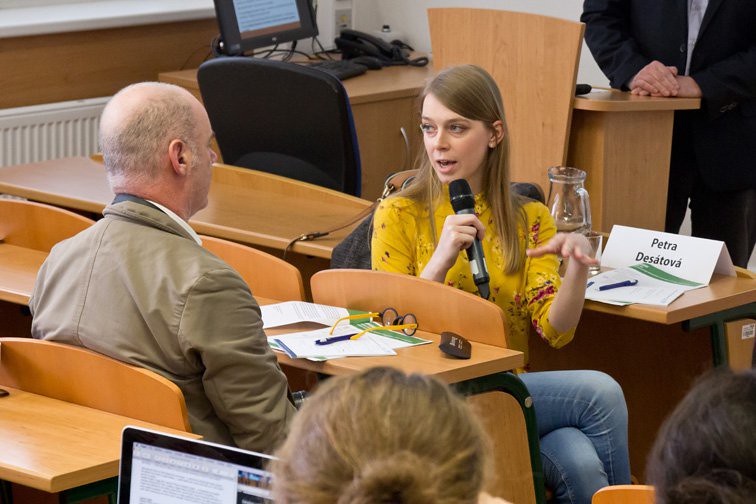 What do you think about Pracharat?

When Prayut first introduced Pracharat in 2015, it was presented as a domestic economic growth strategy that was aimed at reducing social inequality and improving Thailand’s competitiveness in the global marketplace. It was based on the principle of a public-private partnership where the military government would give money to the people, who would use it for their own economic development. The private sector would provide the necessary know-how and technologies to help the people turn their products and services into viable and competitive market commodities. This, in many aspects, seemed like a rebranded version of Thaksin-style populism.
However, it soon became clear that Pracharat was going to be more than ‘just’ an economic strategy. One of the first campaigns hailed as an example of Pracharat was paradoxically the 2016 ‘Pride of Thailand’ campaign – a nationalist identity campaign that had nothing to do with Thailand’s economic development. It was launched just over a month-and-a-half before the August 2016 constitution referendum and I believe that this timing was not coincidental. The campaign called on the Thai people to preserve all things Thai and to unite in their Thainess. This seemed like a tactical move to shore up support for the military government ahead of the crucial referendum. At the same time, the campaign tried to refocus the public attention away from Thailand’s political problems to the ‘problems’ of individual and collective identity. Here, Pracharat served as a vehicle for the spread of nationalism and Thainess, and for indoctrinating Thai people with Thai values.
To sum all of this up, I don’t think that Pracharat is a solid political strategy but, at the same time, I believe that it is more than just a rebranded version of Thaksin-style populism. I think that we will see examples of Pracharat that resemble Thaksin-style populism (economic policies such as the Pracharat internet scheme) but also other examples that will be aimed at spreading/popularising the military government’s political ideology.

What do you think about the junta’s recent rhetoric "Thai-ism democracy"?

I think that this is just another ‘fancy’ term used by the Prayut administration. From the scant description that Prayut has provided it seems that ‘Thai-ism democracy’ is not much different from the concept of ‘Thai-style democracy’ favoured by military leaders since Field Marshal Sarit Thanarat. The call for a localised version of democracy in Thailand has been used to legitimise a semi-authoritarian rule by claiming that Western-style democracy is unsuitable for Thailand and that it needs to be adjusted to Thai values. It usually resurfaces following military coups, so it is no surprise that Prayut called for this ‘Thai-ism democracy.’
There are many more examples of nation branding activities that the NCPO has done since the 2014 coup and I think that we will see more of them in the followings weeks and months. Perhaps, Prayut’s Thai-ism democracy will also evolve into a nation branding campaign that will seek to change people’s perceptions about what political systems are suitable for Thailand.

Do you think that all efforts of national branding could help the junta in the next election? And what's your speculation on the election result?

I do not want to speculate about the election result but regardless of who wins or loses, Thai politics will be different from what it looked like before the 2014 coup. The new constitution makes it very difficult for any big party to win an outright majority and there is very little scope for any new government to follow their own political agenda as the constitution binds them to follow the junta’s 20-year National Development Plan. To make matters worse, the constitution also allows for an unelected prime minister. So I’m afraid that the first post-coup election might not bring as much change as one would hope.
This is a difficult question to answer because it requires a great deal of speculation and we do not really know whether there will be an election any time soon.
However, I believe that when the Thai people go to the polls, their decision who to vote for will not be based on policies alone but also on who is behind these policies because over the last decade Thai politics has become very personalised.
Interview
Kornkritch Somjittranukit
Nation branding
Petra Desatova
Thai-ism democracy