The prosecutor in the Deep South province of Pattani has dropped the charges against 3 prominent human rights defenders who documented allegations of human rights abuses in the restive Deep South.

The Region 9 Expert Public Prosecutor, on behalf of the Pattani Provincial Prosecutor, informed Muang Pattani Police Station that it had been decided to drop the charges against three human rights defenders accused of defaming the military, according to the International Commission of Jurists (ICJ).

Internal Security Operations Command (ISOC) Region 4 filed complaints against the three in May 2016, accused them of defaming ISOC by publishing a report in 2016 on the torture of Muslim Malays in the Deep South in 2014 and 2015.

All the cases involved ethnic Malay residents in the conflict areas who identified themselves as Muslim.

Responding to the prosecutor’s decision, Kingsley Abbott, the ICJ’s Senior International Legal Adviser for Southeast Asia, said “While we welcome the decision to end these prosecutions, they have already caused a tremendous amount of damage to complainants of serious human rights violations like torture and ill-treatment, civil society, and the local community in the deep South that must now be repaired.” 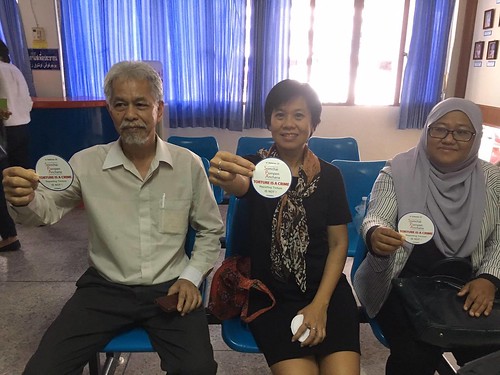