A well known lawyer has pressed the public prosecutor about the rebellion case against key members of the People's Democratic Reform Committee (PDRC), an anti-election movement, after three years of no progress.

On 11 October 2017, Winyat Chatmontri, a renowned lawyer from Free Thai Legal Aid, submitted a petition to Kemchai Chutiwong, the new Attorney General, asking him to speed up the case against key leaders of the PDRC.

In the case, Suthep Thaugsuban, the then key leader of the PDRC, and 57 others, are accused of rebellion and violation of the election law in blocking the advanced election on 2 February 2014 and several public buildings.

Up to now, Winyat said that the attorney committee in charge of the case indicted only four key members of the PDRC.

The failure to bring the case forwards will result in the lack of confidence in the Office of the Attorney General (OAG) since the case seems to be stalled after the 2014 coup d’état, said Winyat.

He added that this is the fifth time that he requested the OAG about the case. Therefore, if it still yields no result within 30 days, he will file a complaint to the National Anti-Corruption Commission against those who are responsible for the case. 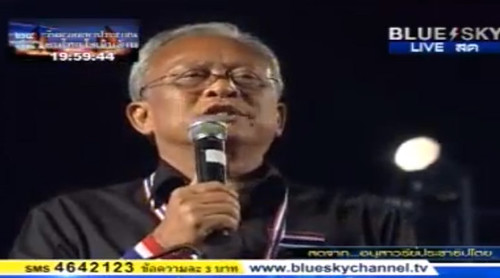 Suthep Thaugsuban, the then key leader of the PDRC