Thai authorities should immediately drop charges against a prominent academic and four conference participants for violating the military junta’s ban on public assembly at a conference at Chiang Mai University in July 2017, Human Rights Watch said today. The International Conference on Thai Studies included discussions and other activities that the ruling National Council for Peace and Order (NCPO) junta deemed critical of military rule.

Professor Chayan Vaddhanaphuti, who faces up to one year in prison if convicted, is scheduled to report to police in Chiang Mai province on August 23. Four conference attendees – Pakawadee Veerapatpong, Chaipong Samnieng, Nontawat Machai, and Thiramon Bua-ngam – have been charged for the same offense for holding posters saying “An academic forum is not a military barrack” to protest the military’s surveillance of participants during the July 15-18 conference. None are currently in custody.

“Government censorship and military surveillance have no place at an academic conference,” said Brad Adams, Asia director. “By prosecuting a conference organizer and participants, the Thai junta is showing the world its utter contempt for academic freedom and other liberties.”

Since taking power after the May 2014 coup, Prime Minister Gen. Prayut Chan-ocha has asserted that the airing of differences in political opinions could undermine social stability. Thai authorities have frequently forced the cancellation of community meetings, academic panels, issue seminars, and public forums on political matters, and especially issues related to dissent towards NCPO policies or the state of human rights in Thailand.

Frequently, these repressive interventions are based on the NCPO’s ban on public gatherings of more than five people, and orders outlawing public criticisms of any aspect of military rule. The junta views people who repeatedly express dissenting views and opinions, or show support for the deposed civilian government, as posing a threat to national security, and frequently arrests and prosecutes them under various laws.

Over the past three years, thousands of activists, politicians, journalists, and human rights defenders have been arrested and taken to military camps across Thailand for hostile interrogation aimed at stamping out dissident views and compelling a change in their political attitudes. Many of these cases took place in Chiang Mai province in northern Thailand, the hometown of former prime ministers Thaksin Shinawatra and Yingluck Shinawatra.

Most of those released from these interrogations, which the NCPO calls “attitude adjustment” programs, are forced to sign a written agreement that state they will cease making political comments, stop their involvement in political activities, or not undertake any actions to oppose military rule. Failure to comply with these written agreements can result in being detained again, or charged with the crime of disobeying the NCPO’s orders, which carries a sentence of up to two years in prison.

The International Covenant on Civil and Political Rights, to which Thailand is a party, protects the rights of individuals to freedom of opinion, expression, association, and assembly. The UN committee that oversees compliance with the International Covenant on Economic, Social and Cultural Rights, which Thailand has also ratified, has advised governments that academic freedom, as an element of the right to education, includes: “the liberty of individuals to express freely opinions about the institution or system in which they work, to fulfill their functions without discrimination or fear of repression by the State or any other actor, to participate in professional or representative academic bodies, and to enjoy all the internationally recognized human rights applicable to other individuals in the same jurisdiction.”

“Academics worldwide should call for the trumped-up charges against Professor Chayan and the four conference attendees to be dropped immediately,” Adams said. “Thailand faces a dim future if speech is censored, academic criticism is punished, and political discussions are banned even inside a university.” 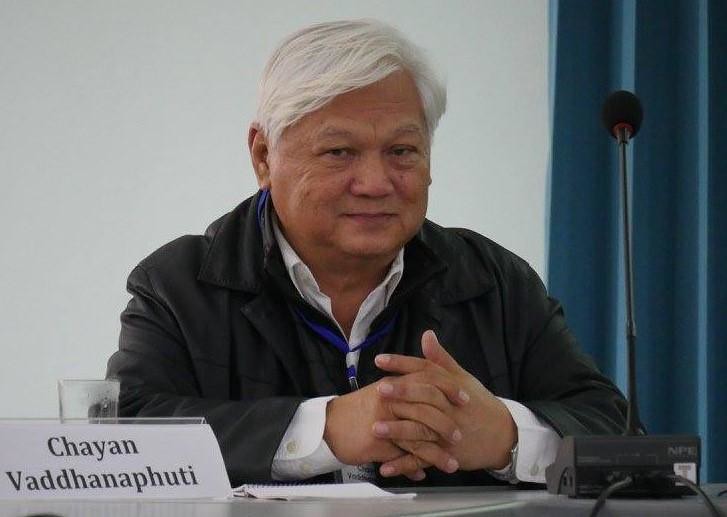