Court grants bail to activist charged with contempt of court

A provincial court has granted bail to a prominent anti-junta activist accused of contempt of court after he denied the charge.

On 31 May 2017, the Provincial Court of Khon Kaen held a hearing for seven youth activists accused of contempt of court  for organising activities on 10 February 2017 in symbolic support of Pai Dao Din that were designed to draw attention to issues in Thailand’s justice system.

One of the seven is Sirawit ‘Ja New’ Serithiwat, a prominent anti-junta activist affiliated with the New Democracy Movement, who are already facing several charges for anti-junta political activities.

At the hearing, Sirawit denied the accusation and vowed to fight the case.

Panupong Sritananuwat, an activist from Dao Din Group who is among the seven, said he and other activists did not intend to insult or cause chaos at the courthouse for the activity, but merely wanted to express that Pai Dao Din is not being treated fairly under the Thai judicial system.

As three of the plaintiff witnesses failed to appear to the court for the hearing, the court has rescheduled the hearing to 29 June 2017 at 9 am.

In addition, after participating in an event “Train to Shed Light on Corruption Scandals of Rajabhakti Park” dated 7 December 2015, he was charged with breaching the Head of the NCPO’s Order No. 3/2015, ban on political gatherings of five or more persons. 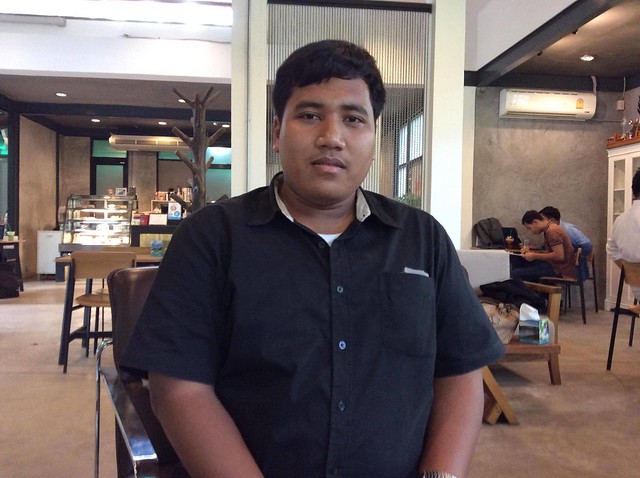