Police have raided the village of a murdered Lahu activist and arrested several of his family members in an alleged drug crackdown.

On 29 May 2017, policemen and officers from the Narcotics Suppression Bureau arrested five people from Ban Kong Phak Ping in Chiang Dao District of Chiang Mai.

Among the five is Chanthana Pasae, 20, a relative of Chaiyapoom Pasae, a young ethnic Lahu activist who was summarily killed by a soldier on 17 March.

Officers also raided the house of Maitree Chamroensuksakul, the honorary brother of Chaiyaphum. Maitree is a primary witness of Chaiyapoom’s summary killing. Nawa Ja-ue, Maitree’s sister-in-law, was arrested during the raid.

According to Matichon Online, the authorities allege that Chanthana and Nawa handed drugs to Chaiyapoom on the day he was killed.

Pol Lt Gen Poolsap Prasertsak, Chiang Mai Police Commissioner, led the raid. He had previously claimed to possess solid evidence proving that Chaiyapoom was an active drug dealer in Chiang Mai, including the activist’s bank statements and findings of an undercover police officer.

The police report was contradicted by the findings of the National Human Rights Commission that most of Chaiyapoom’s income came from selling coffee beans.

According to an army report, Chaiyapoom tried to escape arrest on 17 March after soldiers arrested him and Pongsanai Saengtala, 19, the driver of a car in which the authorities allegedly found 2,800 methamphetamine pills. The report alleges that a soldier shot him fatally only after the young activist hid in a nearby bush and attempted to throw a grenade at the soldiers who followed him.

Chaiyapoom was a well-known activist from the Young Seedlings Network Camp in Chiang Dao District. He was involved in numerous campaigns to promote the rights of ethnic Lahu and other vulnerable ethnic minorities in northern Thailand to gain citizenship, health care, and access to education. He spoke out regularly against abuses committed by Thai security forces against his community during anti-drug operations.

According to the police, today’s raid was a part of a larger campaign against drugs carried out throughout the province. 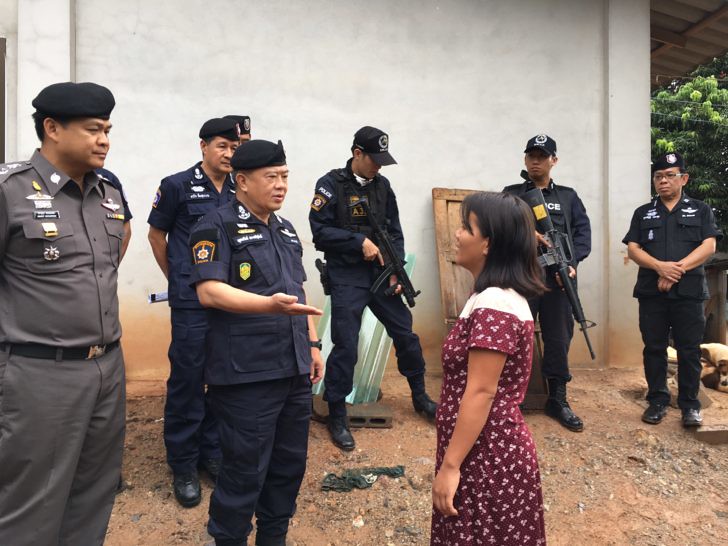