A network of academics and civil society groups in Chiang Mai have placed a plaque on the spot where a young Lahu activist was summarily killed by a soldier to call for justice.

On 17 May 2017, a network of academics based in Chiang Mai University led by Attachak Sattayanurak and Somchai Preechasinlapakun, history and law lecturers, and others attended a ceremony to place a plaque in an area close to the checkpoint in Chiang Dao District of Chiang Mai.

The plaque was placed to commemorate the summary killing of Chaiyapoom Pasae, a young ethnic Lahu activist who was shot dead near the checkpoint by a soldier on 17 March.

The message in the centre of the plaque reads “For justice, at this place Chaiyapoom Pasae was killed under suspicious circumstances.”

At the ceremony, the group issued a statement to condemn state officials who are not related to the investigation process of the case, but rushed to make conclusion that the late young activist belonged to a drug smuggling ring and call for the authority to investigate the case justly.

Nanu, the representative of the local Lahu community, said the ceremony is organised to break the silence and to remind people about the importance of the case, adding that she hopes the event will help bringing justice to the slain activist.

Surapong Kongchantuk, president of the Cross Cultural Foundation, said the incident shows injustice which has repeatedly been done by state officials against ethnic minorities in Thailand.

He called on the authorities to reconsider passing a bill criminalising torture and enforced disappearance once again in order to prevent state officials from committing such crime after the junta-appointed lawmakers dropped the bill in February.

On the progress of the case, Sumitchai Hattasarn, a lawyer for Chaiyapoom’s family, said the police have already submitted the case file to the prosecutor.

But in an interview broadcast on Thai PBS on 21 March 2017, an anonymous source said that Chaiyapoom was dragged out of the car and beaten by soldiers before being killed near a checkpoint in Chiang Dao District of Chiang Mai. 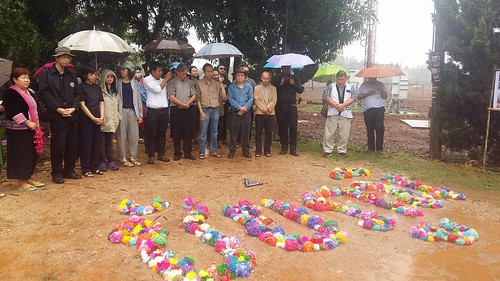 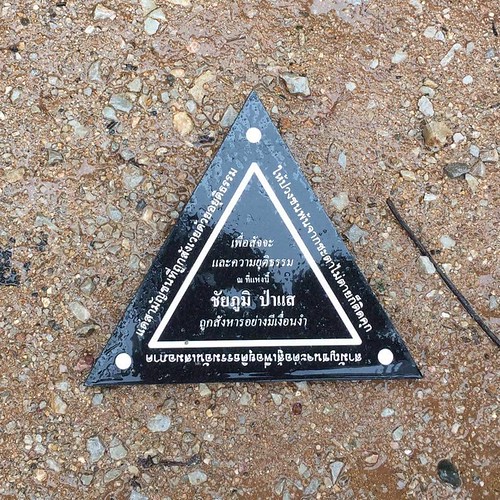