The military has reportedly detained incommunicado two political dissidents, one of whom is a human rights lawyer who represented a former lèse majesté convict.

Prawet asked Kritsadang to represent him on one of his cases before he disappeared and could not be contacted further.

Prawet was a defence lawyer for Daranee Charnchoengsilpakul, aka Da Torpedo, an anti-establishment red shirt, who was imprisoned for eight years for making public speeches deemed defamatory to the Thai monarchy in 2008.

He usually posted messages critical of the Thai military government and the use of Article 112 of the Criminal Code, the lèse majesté law.

In a separate case, on 29 April, more than 10 police and military officers detained Danai (surname withheld due to privacy concerns), 34, a political dissident from Chiang Mai.

Danai’s father reported that the officers searched their house and confiscated two of Danai’s mobile phones and informed him that his son would be taken to Bangkok, but did not disclose other details.

The local village headman later told Danai’s father that his son was arrested for posting political Facebook messages critical of the junta.

At press time the two are still being held incommunicado.

Under Section 44 of the Interim Constitution, the authorities could detain for up to seven days without charge any person deemed a threat to national security.  This power is retained in the new constitution. 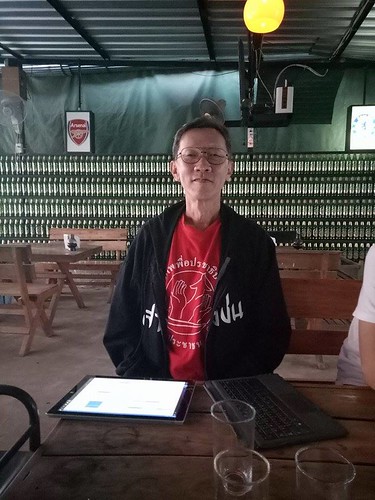