Academics and ethnic minorities in northern Thailand have demanded protection for the relatives of a young Lahu activist summarily killed by a soldier and witnesses of the killing.

A network of academics and a number of ethnic minority groups from Chiang Mai on 24 April 2017 issued a joint statement over the summary killing of Chaiyapoom Pasae, a young ethnic Lahu activist who was shot dead by a soldier on 17 March.

The group urged the authorities to stop the alleged intimidation of relatives of the slain activist and witnesses of the killing, adding that the military must submit the CCTV footage of the crime scene to the police for further investigation.

“After the incident, soldiers have visited Kong Phakping community where Chaiyapoom lived almost every day. His relatives and even the head of the community were summoned [by the authorities]. Bullets were found placed in front of the houses of Chaiyapoom’s relatives,” the group wrote in the joint statement.

The group concluded that the police investigators and prosecutors must handle the case in a timely manner to bring justice to the slain activist and his family.

Some of the groups in the network include Chiang Mai University Academics, the Inter Mountain Peoples Education and Culture in Thailand Association (IMPECT) and the Tonkla Indigenous Youth Network.

Last week, the police announced that the military unit whose personnel are responsible for the killing has not yet sent CCTV evidence of the crime scene to the police investigator although it has been more than a month since the killing.

The latest statement from the police contradicts that of 3rd Region Army chief Lt Gen Vijak Siribansop made on 27 March.

But in an interview broadcast on Thai PBS on 21 March 2017, an anonymous source said that Chaiyapoom was dragged out of the car and beaten by soldiers before being killed near a checkpoint in Chiang Dao District of Chiang Mai. 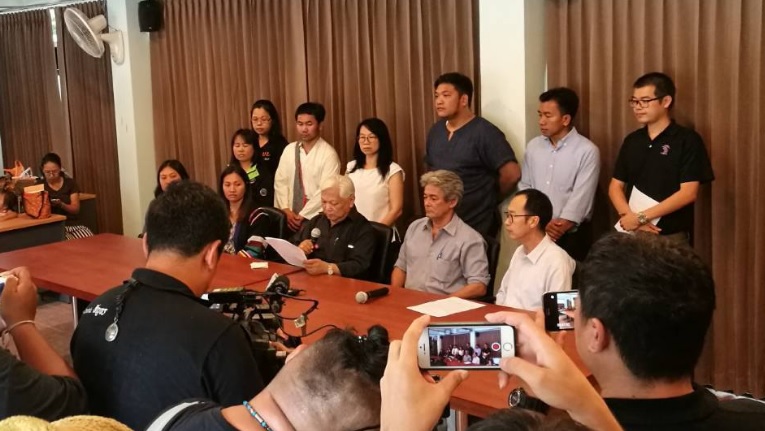