The head of the Subdistrict Administrative Organisation (SAO) of an area battling a gold mine company has defeated a lawsuit filed against him by a gold mine operator.

Tungkum Company, a gold mine operator in Wang Saphung, accused Samai of malfeasance for refusing to allow the company to extend its concession to mine the land in Phusum Pabon Forest in the district. The land belongs to the Agricultural Land Reform Office.

The request for the concession was discussed in an SAO meeting on 28 August 2015. 16 members of Khao Luang SAO agreed to permit the company to extend the concession. However, Samai refused, saying the land should only be used for agricultural purposes according to the Agricultural Land Reform Act.

The court dismissed the lawsuit reasoning that the company failed to provide evidence that Samai neglected his duties, adding that the SAO president allowed the villagers in the district who were affected by the mining activities to voice their concerns before refusing to extend the mining concession.

About 200 villagers from Wang Saphung opposing the gold mine company came to the courthouse to listen to the verdict and give Samai moral support.

Tension between Wang Saphung villagers and Tungkum Company reached its peak in September 2013 when the villagers barricaded the mine entrance, blocking trucks — each of which normally carries 15 tons of cyanide waste — from passing through their villages. Although the sound of the machines disappeared and the sound of chirping birds returned, the villagers had to live in fear of judicial harassment, thugs, gunmen and death threats.

Currently, Tungkum has halted mining operations as of mid-2013. However, the company is currently trying to get permission from the authorities to renew its mining concessions in Wang Saphung. 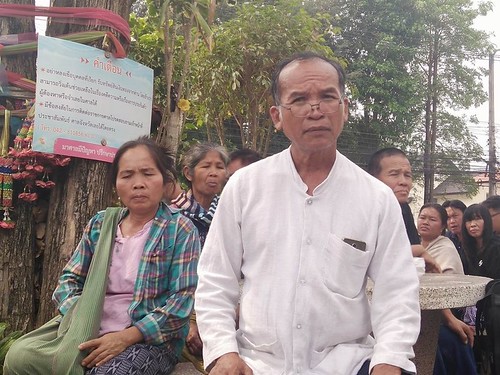