If the regime is really serious about reconciliation, asserted Somyot, all parties to the political conflicts since the 2006 coup d’état must be invited to the negotiation table. This includes controversial figures such as Thaksin Shinawatra, Suthep Thaugsuban, Yingluck Shinawatra, Jatuporn Prompan, Abhisit Vejjajiva, Gen Prayut Chan-o-cha, Sondhi Limthongkul and Gen Sonthi Boonyaratglin.

“The reconciliation plan proposed [by the junta] is like a story of wolves trying to solve problems about grass for cows and buffaloes. [The wolves] portray themselves as the protagonists but they have hidden agendas. It’s like a soap opera,” said Somyot.

Somyot suggested further that progressive academics such as Gothom Arya and Nidhi Eoseewong should also be able to participate in the process. He also singled out Phayao Akhad, the mother of Kamolkate Akhad, a medic who was killed during the crackdown on red shirt protesters on 19 May 2010.

The Thai junta has made political reconciliation a policy priority in order to resolve chronic unrest between different political movements such as the red shirts and yellow shirts.

Plans include a Memorandum of Understanding (MoU) to be signed by various political parties and movements in acknowledgement of a promise to build peaceful relationships with each other. The junta has also appointed a National Reconciliation Committee, a military-dominated body responsible for leading reconciliation.

Controversially, the junta’s National Reform Steering Assembly (NRSA) has proposed using the ‘anti-communist’ Order 66/23 as a model for nurturing national reconciliation. Order 66/23 was a directive outlining measures for defeating the communist insurgency issued in 1980 under the government of General Prem Tinsulanonda.

Somyot, labour activist and former editor of Voice of Taksin magazine, lost his freedom for publishing two articles in the magazine that were deemed to violate Article 112 of the Criminal Code, the lèse majesté law. He was arrested in 2011 and has been imprisoned in Bangkok Remand Prison ever since.

Despite 16 bail applications, the courts have consistently denied him bail, citing flight risk and the severity of the charge.

On 23 January 2013, the Criminal Court sentenced Somyot to 10 years of imprisonment on charges of violating Article 112, and added an additional year that had previously been suspended from a defamation case involving a general.

Somyot’s total sentence is eleven years. In September 2014, the Appeal Court upheld the sentence of the Criminal Court.

Unlike many other lèse majesté suspects who pleaded guilty to have their jail sentence reduced, Somyot has always stood firm and maintained his innocence. 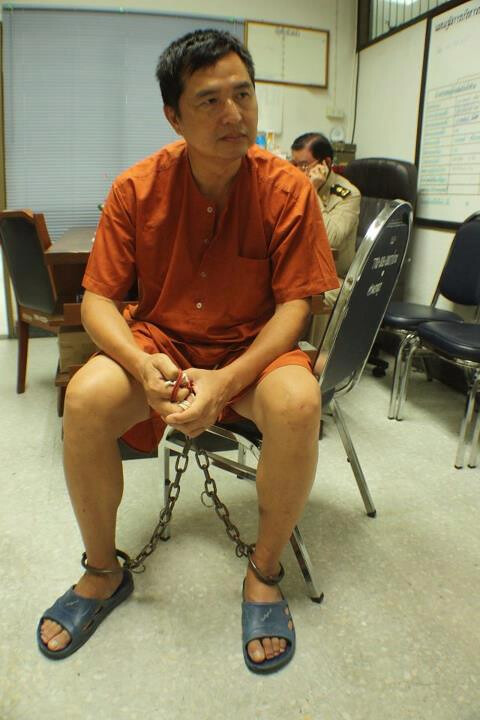