On 1 February 2017, the Khon Kaen Provincial Court in an in camera hearing granted police permission to continue the detention of Jatuphat Boonpattararaksa, a law student and key member of the New Democracy Movement (NDM).

The police officers who requested the custody permission claimed to have found CDs which can be used as further evidence in the case. They pleaded for more time to interrogate the suspect.

This is the sixth time the court has extended the activist’s pre-trial custody. He has already been in custody for 41 days and will be detained in Khon Kaen Prison for 10 more days, with the possibility of a further renewal.

According to Anon Nampa, a human rights lawyer, over 80 people travelled to the court to observe the hearing and give moral support to the activist. However, they were not allowed to enter the courtroom because the court decided to hold the hearing in secret.

Prim Boonpattararaksa, Jatuphat’s mother, was devastated by the court’s decision.

Upon hearing that the court chose to conduct the hearing in camera, Prim began hitting her head repeatedly against the courtroom wall. She said to the judges that though the Universal Declaration of Human Rights could not protect the rights of her child, she as a mother was willing to trade her life in exchange for justice for her son.

While in prison, Jatuphat has reportedly lost some 5-6 kilograms in weight.

Earlier this week, leading members of the Thai Academic Network for Civil Rights submitted a joint petition to the Supreme Court to demand Jatuphat’s release.

“Any student of law should be well aware that according to the rule of law, a suspect is presumed innocent so long as a verdict has not been reached. This is not to mention that there is no evidence or probable cause at all for Mr Jatupat to tamper with the evidence used in the trial process or to try to flee,” Anusorn read from the group’s statement which was signed by 352 people.

Netiwit Chotipatpisal, a well-known student-activist from the Political Science Faculty of Chulalongkorn University led fellow students in issuing a similar statement to the Supreme Court. The students also wrote 300 postcards to show solidarity with the detained activist.

Jatuphat is accused of violating Article 112 of the Criminal Code — the lèse majesté law — for sharing on his Facebook account a controversial biography of King Vajiralongkorn published by BBC Thai. He is the first person to be arrested for lèse majesté under the reign of the new King.

Shortly after he was arrested on 3 December 2016, the court released Jatuphat on bail. However, his bail was revoked on 22 December after he posted a satirical message mocking authorities on his Facebook account. 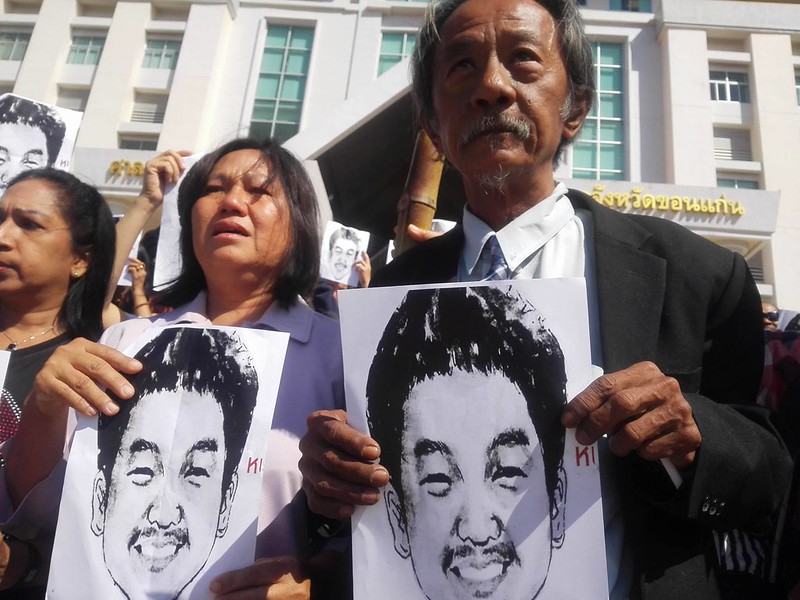