Home » Is Patani a colony?

Is Patani a colony?

When the Japanese scholar and translator, Hara Shintaro used the term 'Siamese imperialist' in a translation of a YouTube post by BRN, a Malay armed resistance organization believed by many to be the strongest and most active group in the Patani conflict, it was condemned not simply for being an incorrect translation but being “too harsh”[1]. Of course, it is not only the Thai state which does not take kindly to being described as an imperialist. When US intervention and belligerent policies such as the invasion of South Vietnam in the 1960s as well of its invasion of Afghanistan and Iraq in the previous decade are described as US imperialism, the US administration and its allies either ignore or try to ridicule such accusations as outdated or sheer nonsense.

Though politically inconvenient for Thailand, is it accurate to describe the Patani region as a colony of Siamese imperialism, that is to say, the Kingdom of Thailand?

It is no hidden secret that the Siamese empire used military force in order to colonize not just Patani but other Malay states including Kedah and Kelantan – now part of Malaysia. The legacy of Thailand's imperial past is illustrated by the diversity of languages along the entire periphery of the country from Khmer in the east, Lao in the northeast, Karen in the West and Malay in the south.

It was only under the 1909 Anglo-Siamese Treaty that Siam recognized the Malay Peninsula as part of Great Britain's imperial empire in return for recognizing Siam's legitimacy over the northern part of the peninsula which included Patani. The British in secret internal correspondence even made the point that Siam's control of Patani was no stronger than its claim over the other Malay states, including Kelantan and Terengganu[2]. So despite the historical record, why is it so difficult for Thailand to acknowledge and come to terms with its imperial past reflected in the different ethnic identities of the population within the borders of the country including the Patani Malays?

When the UN was established after the end of the Second World War in 1945, a third of the world's population was colonized people by Western countries. The excitement surrounding the formation of the UN across the colonized world was the prospect of decolonization. The UN Charter which established the formation of the UN dedicated Chapter XI to outlining the responsibility of UN member states to respect the self-determination of all peoples. The UN created the Special Committee on Decolonization (SCD) in 1961 to oversee the continuation of decolonization. The term used to refer to existing colonies in the UN is non-self-governing territories (NSGTs), which now equates to just 2 million people left worldwide across 17 NSGTs according to the UN.

The problem and major critique of SCD is that it only covers colonized peoples of former and present Western imperial powers and therefore the list is incomplete. Unfortunately, SCD was set up to fail in tackling all forms of decolonization - not just western colonization since decolonized territories which jeopardized the borders of existing nation states would be against the principles of the UN Charter. However, this principle is in direct conflict with the UN Charter's apparent commitment to respecting self-determination of all peoples.

The Unrepresented Nations and Peoples Organization (UNPO) currently represents 46 groups who are not included in SCD’s list of NSGTs but constitute self-determination movements across the world. Founding members include Tibet, Taiwan and Iraqi Kurdistan. Several members have gone on to achieve self-determination and even UN membership including Latvia, Estonia, Armenia and Georgia. Current regions located in Southeast Asia represented by groups in UNPO include Sulu, West Papua, South Moluccas and the Shan region located around the border between Thailand and Burma. Interestingly, no groups represent Patani as a member of UNPO. One of the requirements of UNPO is that members are nonviolent. Other key UNPO principles include the equal right of self-determination and adhering to human rights standards as outlined in the UN Universal Declaration of Human Rights.

Despite not being a member of UNPO, Patani has its own self-determination movement which is being led by the Federation of the Patani students and youth (PerMas). In 2007, after three years of the latest wave of violence in the Patani conflict, students from the region decided to play a public role in helping to resolve the conflict by holding a demonstration at the main mosque in Patani.

“Real peace should come from the people... PerMAS aims to give the Patani people political rights because if they don't have political rights, they cannot express their needs” said Arifin Soh, President of Permas in an interview with the auhtor earlier this year. Soh further explained “PerMAS is important because it uses peaceful means without using weapons to serve the Patani people's agenda... What we are doing today is fighting for democracy and human rights. This is what we always tell the people. Human rights and democracy is the only way to create peace.”

The historical record shows that Patani became a part of the Kingdom of Thailand through colonization. Technically, under the UN Charter Patani is not recognized as a non-self-governing region which says more about the flaws in the UN Charter in its ability to eradicate colonization than the status of Patani.

However, there is nothing particularly unique about Patani being a colonized region. A large proportion of the world can arguably be described as under colonization which ridicules the UN's assertion that the mission to eradicate colonization is almost complete. Even members of the SCD – Indonesia, China and Ethiopia, just to name a few – who have the task of monitoring the implementation of decolonization have large colonized areas of territory where the local population has had little or no possibility of self-governance.[3]

Like Thailand, these countries may also find it hard to accept that they colonized territories because of the self-deception that imperialism was only a western policy. The fact that the colonization of Patani is not unique does not however in any way diminish Patani people's right to self-determination. As a UN member which has ratified the International Covenant on Civil and Political Rights, Thailand has an obligation to adhere to this document which includes Article 1;

“All peoples have the right of self-determination. By virtue of that right they freely determine their political status and freely pursue their economic, social and cultural development.”[4] 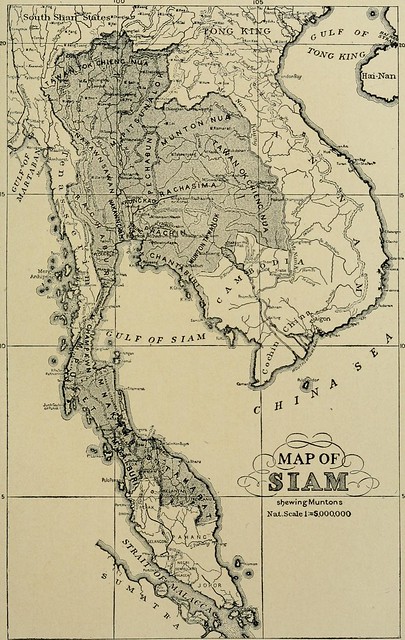