Submitted on Tue, 25 Oct 2016 - 04:32 PM
Kornkritch Somjittranukit
Recent ‘witch-hunts’ as Thailand mourns its late King are the consequence of hyper-royalism, an impunity culture and political polarisation, says a Thai sociologist. He speculates the hunts will last until celebrations for the new throne.
The term ‘witch-hunts’ has been widely used on Thai social media since the late King Bhumibol Adulyadej’s death on 13 October. It refers to acts of vigilantism against those accused of lèse majesté or those who do not comply with nationwide mourning regulations. Vigilantism ranges from posting images of people not dressed in black to harassing lèse majesté suspects in public.

A man deemed lèse majesté is beaten and forced to kneel before the late King's portrait (Photo from Facebook)
Public concern over vigilantism has spiked in the aftermath of mass protests in front of homes of people accused of lèse majesté. The first of such incidents occurred in the southern province of Phuket, followed by Phang Nga and Surat Thani, before spreading out to other regions. The mobs’ goals are generally arresting the victim, expelling them from the area or forcing them to kneel and apologise in front of the late King’s portrait.
The phenomenon has raised many questions. What motivates people to commit such violence? Will the situation escalate towards a second 6 October Massacre?
Researching on political culture in Thailand's south, Anusorn Unno, Dean of Thammasat University’s Faculty of Sociology and Anthropology, revealed to Prachatai that the recent ‘witch-hunts’ are a result of both Thailand’s culture of impunity and royal hegemony. 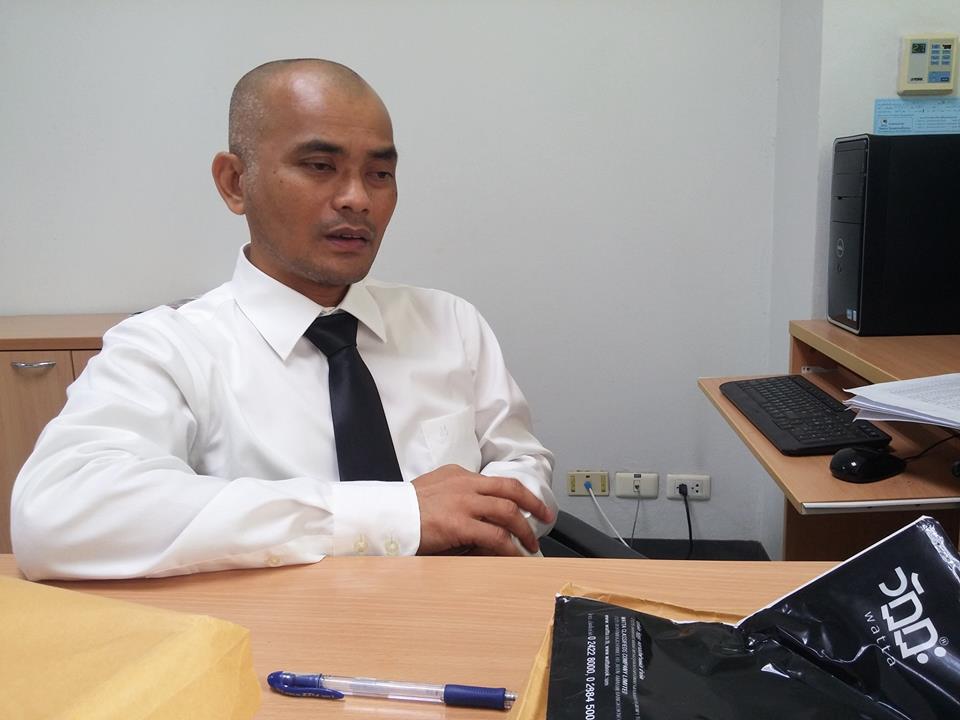 What do you think about the recent witch-hunts in Thailand?

I don’t know if they should they be called witch hunts, but I think anger has led to mass violence. Such anger previously existed to a certain extent but the question is why it has now become outrageous. Insults [to the late King] occur often but people do not usually react so aggressively. It is because such anger has combined with mourning [of the late King’s death], which has led to harassment.
The second question is why [the witch-hunts] occurred mostly in the South before spreading out to other regions. First, it is due to love and loyalty to the monarchy that results from national socialisation. This aspect is not unique to the South. The socialisation process, which leads to what we call “hyper-royalism”, has intensified during the past two decades.
But the second factor, which specifically happens in the South, relates to political conflict and competition. The Democrat Party, which most Southerners call “the Southerners’ party”, portrays itself as a loyalist party. During the recent wave of political conflict, believed to be a wing of the party — the PDRC (People’s Democratic Reform Committee) — obviously relied on the monarchy.
In general politics and elections, the Democrat Party brands itself as a loyalist party. When political conflict occurs, it highlights this platform even more. Loyalty to the monarchy grows when Southern voters tie themselves with the Democrat party and, at the same time, are socialised by national projects. When they see people post lèse-majesté content [online], they are likely to think those people are not only lèse-majesté suspects, but also political opponents. That’s why violence occurs at a rapid rate.
Third, I feel that there are trends of violence in the South that occur less in other regions. In 1986, when people in Phuket Province were displeased by a local tantalum mine, they gathered up and burned it down themselves. Sieges of city halls, local offices and police station are events normalised in Southern history. Such history encourages Southerners to gather up and do things by themselves.
Witch-hunts and vigilantism against lèse-majesté are a result of these combined factors.

Why are incidents of violence more common in the South than in other regions?

There is distrust in the South that state mechanisms can solve problems better than one’s own hands. Groups in the South have been ready to breach the law when faith in state mechanisms is lost. They’re not afraid of central state power, or less afraid compared to other regions.
Historically the upper south, as distinct from the deep south, was not as severely oppressed by the central state compared to Lan Na and Lan Chang (the prominent kingdoms in the North and Northeast respectively). Nakhon Si Thammarat, which was once the largest Southern kingdom, has had good relations with the central state since the early Rattanakosin era (around 200 years ago). It has barely experienced any uprisings against the centre.
Fear of the central state has not been entrenched in the historical consciousness of Southerners, meaning they’re ready to stand up and solve problems themselves. They don’t see the cruelty of the central state and the state has not exposed violence to the Southern kingdoms over the past two centuries.

You’ve said you don’t like the term ‘witch-hunt.’ Do you have an alternative term? Vigilantism?

It doesn’t matter. Both vigilantism and witch-hunts result from distrust of the justice system. This reflects perceptions of power in the daily lives of Thai people. Thai politics is ordered by how much power and privilege you possess. The more you can breach the laws without being prosecuted, the more power you have. This reflects the whole of Thai society, not just the South. Those who don’t believe in the normal system are likely to contravene it. We don’t trust in structural and functional power. The witch-hunt is just one reflection of this distrust.

Probably yes. Southerners generally side with the Democrat Party and the yellow-shirt movement. Their opposition is of course the Pheu Thai Party and the red-shirt movement. I once interviewed Southerners about the reasons they joined the PDRC movement in Bangkok [in 2013-2014]. One of the beliefs was that they were protecting the monarchy from lèse-majesté and the country from red-shirt arsonists. The lèse-majesté issue has been connected with polarised politics from the beginning.
The current situation, however, escalates polarised politics because the angriness is spread everywhere. Those who once sat on the fence now are ready to use violence against people deemed lèse-majesté. This is even more dangerous than polarised politics because it’s not motivated by ideology, but emotion and madness. When it’s uncontrolled like this, it’s unpredictable. I think the country right now is in a risky, sensitive and fragile moment.

There’s a fear that the situation might escalate towards a second October Massacre. What do you think?

I don’t think it will reach that point. It’s more likely to be scattered violence. It will not be organised or connected to be a single solid movement because, unlike the October Massacre, it’s not being sponsored by the state. The violence this time has emerged out of anger combined with other factors. It will be difficult to reach the October Massacre’s level of antagonism, when the state paved the way to massive violence.
Actually, the government currently wants to maintain peace. Don’t forget that we’re in the transition period [of the throne] and the state wants this period to be as peaceful as possible. Political confrontation is something the state wants to avoid. More turbulence will show that the state has failed to control the situation. Sansern Kaewkamnerd (the junta’s spokesperson) recently said that it’s ok for people to choose not to wear black during the mourning period. This is an attempt to calm down the madness because the junta doesn’t want mass political turbulence.

Has vigilantism peaked? Will the violence decrease or increase?

I think it will remain like this for a week or two and then it will gradually drop down, if there’s no political movement backing up the violent mass. The junta, as the peacekeeper of the transition period, doesn’t want violence so it will be contained.
However, we may not be able to prosecute those who harass lèse-majesté suspects because authorities do not want to risk more violence. People have to take care of themselves since there’s no social security. If someone assaults you using a moralistic excuse, they have a very high chance of not being prosecuted. Don’t think about bringing them to the justice system. It just can’t be done at this moment.

How does social media play a role in these events?

Social media plays a significant role in rapidly spreading hatred in an uncontrolled way. It is a space where people can post anything, which is one of the danger of social media. When it’s uncontrolled like this, it provides channels for incitement and rumours. But the way to solve this problem, of course, is not to let the state monitor social media. Thai people must learn to be careful of what they read online.
We see people being witch-hunted on the internet due to the colours of their dress but when we walk on the street, nothing happens to us. When we open Facebook, it seems like we’re having a civil war and you can’t go out not dressed in black. The reality is not that bad but we are made to believe that the world must be as horrible as in social media. People stimulated by social media may feel that they have to do something against those who don’t dress black. 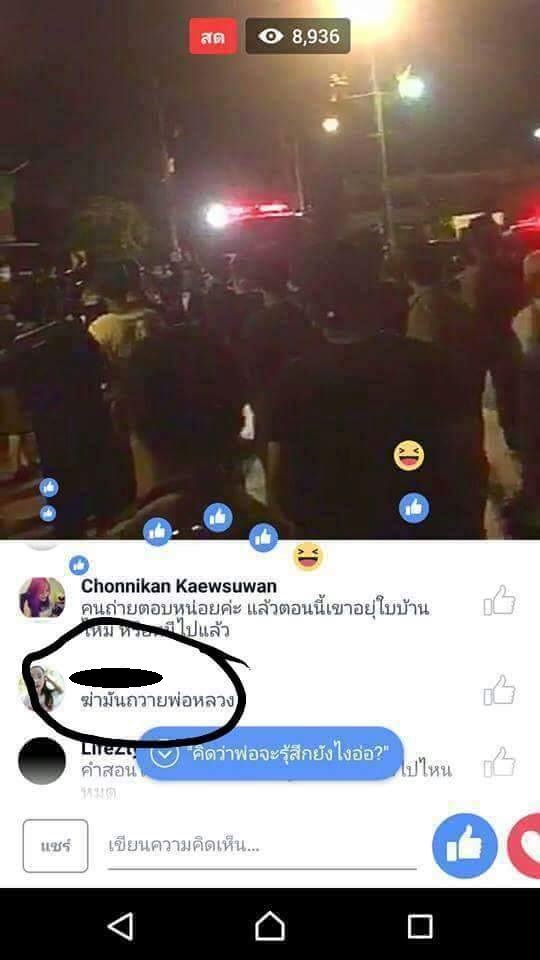 How long will this situation last?

How can we resist the witch hunts?

We have to demand the return of rule of law and normal legal process. No one can be allowed to breach the law regardless of their excuses, or else people won’t have security in their lives. We cannot live in a society where we can get beaten just because we wear colourful clothing. It’s just incorrect. Those who breach the law must be subjected to the justice system.
We must not let anyone claim a moralistic excuse for violating our rights as citizens in a democratic society, and for overruling legal process. In Thai society there are so many moralistic excuses such as goodness and sadness. We have to strictly follow the justice system and dispel these excuses to reduce the chances of power abuses. If not, vigilantes will become conceited and continue their actions. Police must fulfil their role as law enforcers. They may be unable to arrest vigilantes in the moment because they are afraid of the angry mass. But there are video clips as evidence so they can be prosecuted later on.
If people receive impunity through moralistic excuses, everyone will do the same thing. How can we live together? 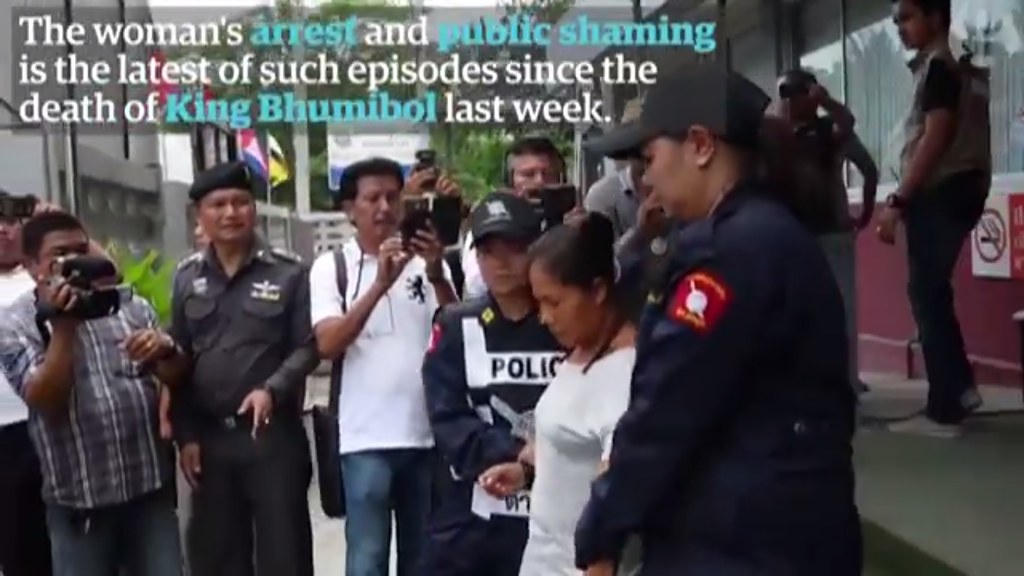