The police informed them that they are accused of violating Article 116 of the Criminal Code, the sedition law, Article 210, a law against criminal association of five or more persons, and the controversial Article 61 of the Public Referendum Act.

The 11 were accused of involvement in an attempt to distribute thousands of letters in northern Thailand which contained materials allegedly criticising the draft constitution.

According to Jamnong Chaimongkol, Tassanee’s defence lawyer, the police did not allow him to hear the accusations against his client.

He told BBC Thai that the authorities also appointed another attorney from the Lawyers Council of Thailand to represent Tassanee, adding that this violates the rights of suspects because they are entitled by law to choose their own lawyers.

The authorities will take the 11 suspects to Chiang Mai Military Court in order to request permission to detain them.

The 11 will face trial in the Military Court if the military prosecutor indicts them.

All the suspects were arrested last week and taken to the 11th Military Circle in Bangkok.

On 26 July, Gen Prayut Chan-o-cha, the junta leader and Prime Minister, invoked his authority under Section 44 of the Interim Charter, which gives him absolute power to maintain national security, to issue the National Council for Peace and Order (NCPO) Head’s Order No. 44/2016.

The order suspends from their posts any public officials and local public administrators allegedly involved in anti-draft constitution letters.

According to the authorities, the letters, thousands of which were recently found and confiscated in the northern provinces of Lampang and Chiang Mai, were deemed illegal under the controversial Public Referendum Act because they contained distorted facts about the draft constitution. 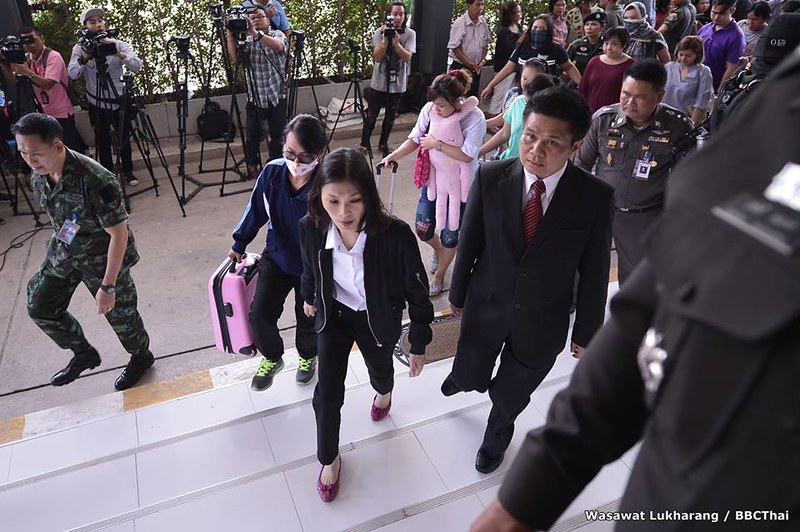