Submitted on Tue, 31 May 2016 - 10:37 AM
Austin Silvan
In light of recent events where some space has been given by authorities to Thais’ to publicly discuss more controversial topics, Amnesty International’s birthday seemed to follow that trend.
In the evening of Friday, 27 May, Amnesty International Thailand held an event, with fun activities and a panel discussion, at Root Garden at Thong Lor to celebrate the 55th year of the international organization. Approximately 100 people attended. 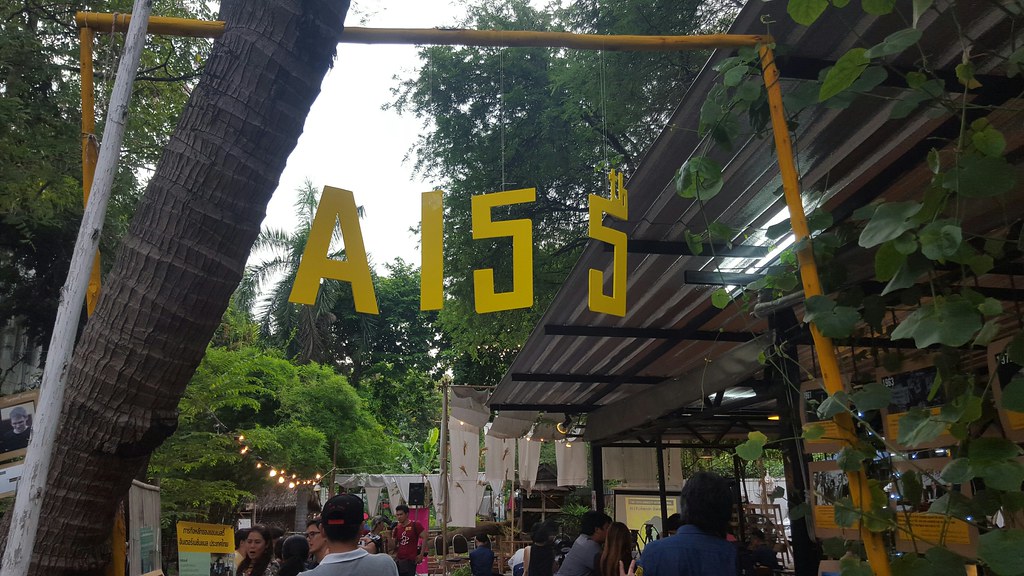 Photo: An Entrance Banner Celebrating Amnesty International’s 55th birthday
Arthit Suriyawongkol, coordinator of Thai Netizen Network and a discussion panelist for the evening, told Prachatai that he thought the event was “refreshing” given that the panelists were “relatively freely speaking” and that there was no intervention or officers at the event, except for a couple officers who were briefly there taking photos, which is to be expected.
Arthit also expressed contentment with the amount of support Amnesty International had at the event, remarking that he was hopeful because of the large presence of young people who were supporting the event.
In the panel, alongside Arthit, sat Pongkwan Sawasdipakdi, a lecturer at the Faculty of Political Science at Thammasart University, and Hathairat Phaholtap, a Thai PBS news reporter. The discussion was moderated by Sirote Klampaiboon. 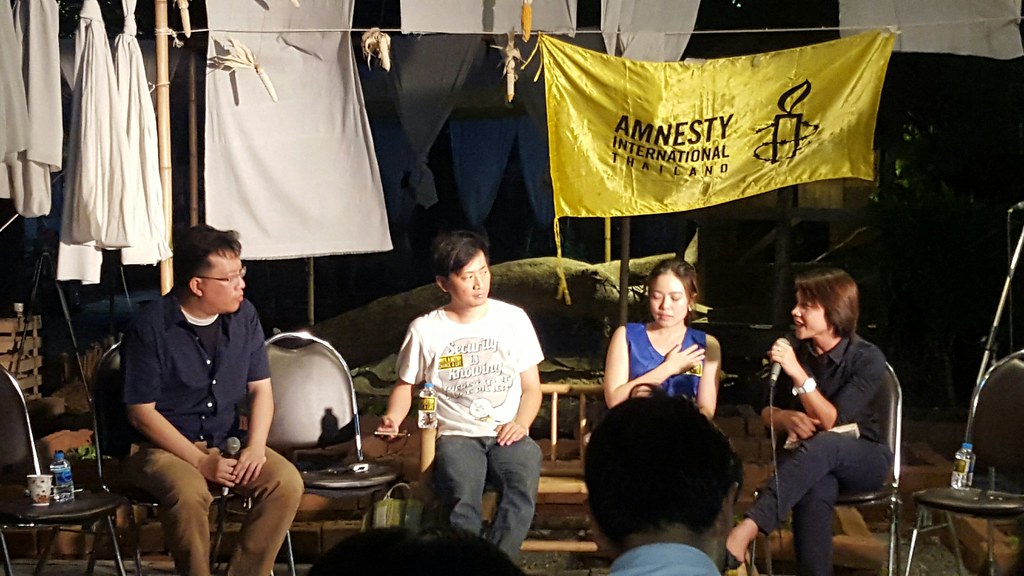 Photo: The discussion panel. From left to right: Sirote Klampaiboon, Arthit Suriyawongkol, Pongkwan Sawasdipakdi, and Hathairat Phaholtap
The panel discussion covered various controversial topics including media censorship immediately following the coup, political ideology clashes in university administration including the case of Somsak Jeamteerasakul, and many of the struggles faced by young activists.
Thanit Herabat, a new employee at Amnesty International Thailand, told Prachatai English that since it is the 55th anniversary, and 5, which is pronounced ‘ha’ in Thai, is a symbol for laughter, the goal of the evening was to be more laid back and fun.
This was reflected in the event with a stress relief corner, free food, and fun opportunities to participate in current Amnesty International campaigns. Information pages of successful Amnesty International campaigns were draped between trees, with the reverse side of each showing campaigns that still needed support. 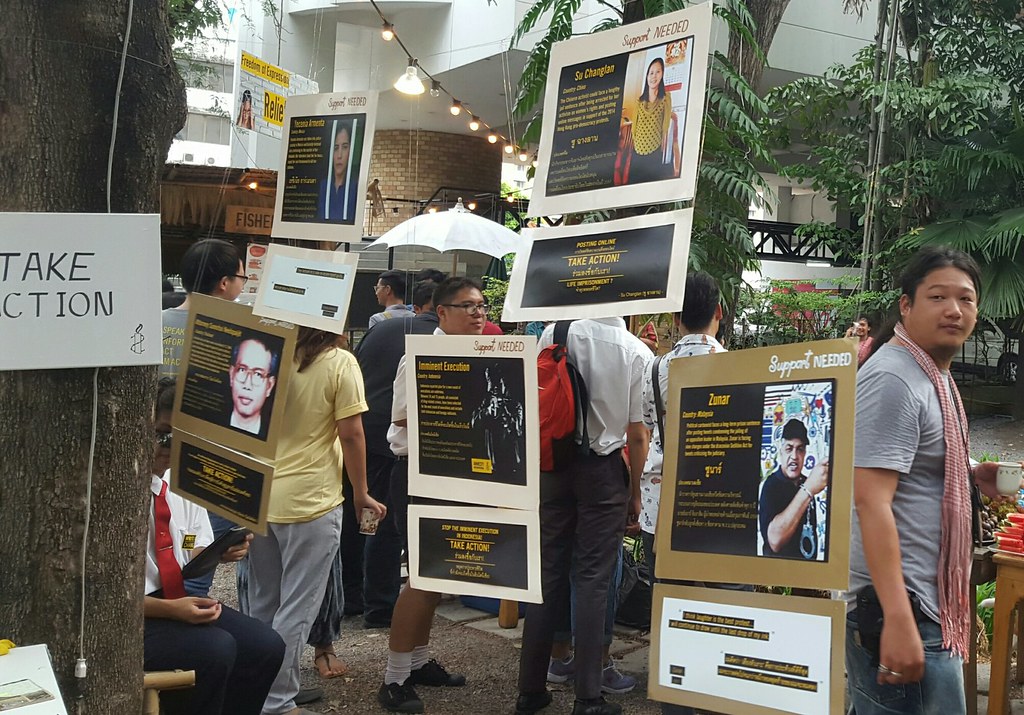