Thai military detained political dissidents associated with the anti-establishment red shirt and raided their houses together with Pheu Thai politicians in a campaign to crackdown on mafia.

A combined military and police force on Thursday morning, 12 May 2016, raided at least a dozen of houses in the central provinces of Samut Prakan and Chachoengsao in a campaign called ‘Cleaning Pak-nam, Getting rid of Influential Figures’ to crackdown on mafia.

According to Pol Gen Sriwara Ransibrahmanakul, the Deputy Chief of the Royal Thai Police, the campaign was executed for clamping down on mafia networks associated with drugs and possessions of illegal weapons.

In a campaign, soldiers and police officers raided the houses of Worachai Hema and Pracha Prasopdee, Pheu Thai Party politicians, Sombat Thongyoi, a 46-year-old cameraman associated with the red shirt, and Thanakorn Siripaiboon.

At press time, Sombat and Thanakorn are now detained by the authorities while it is currently unknown whether the two Pheu Thai politicians are under custody or not.

According to Khaosod News, soldiers and polices officers confiscated many weapons after raided the houses of Sombat and Pracha. It has been circulated on social media that the authorities also confiscated series of weapons from Worachai’s house. However, Matichon Online reported that he denied possessing such weapon, saying that they might be plotted by the authorities.

Worachai told Matichon that the authorities broke into his house this morning while he was not home and forced people in the house to remove CCTV in the house and ordered them to get out of the house while they performed the search.

The Voice TV reported this morning that Worachai recently criticised Gen Prayut Chan-o-cha, the junta leader and Prime Minister, in an interview, saying that the junta premier is governing in the country in a far-right manner.

According to Thai Lawyers for Human Rights (TLHR), another person detained by the military from Samut Prakan Province on Thursday morning, Thanakorn, is a suspect charged with the lèse majesté law for clicking ‘like’ and posting or sharing a message mocking the King’s favourite dog while it was alive, on facebook. The Military Court of Bangkok on 8 March granted 500,000 baht bail to Thanakorn.

Thanakorn father told the TLHR that the authorities confiscated Thanakorn’s laptop and checked his mobile phone during the search.

Under Section 44 of the Interim Charter, the Thai authorities possess absolute power to maintain national security. Moreover, The National Council for Peace and Order (NCPO)’s Order No. 3/2015 and the NCPO Head’s Order 13/2016 give security officers authorities to arrest and detain suspects of nearly every criminal offence and so-called crimes against national security without warrants for up to seven days. 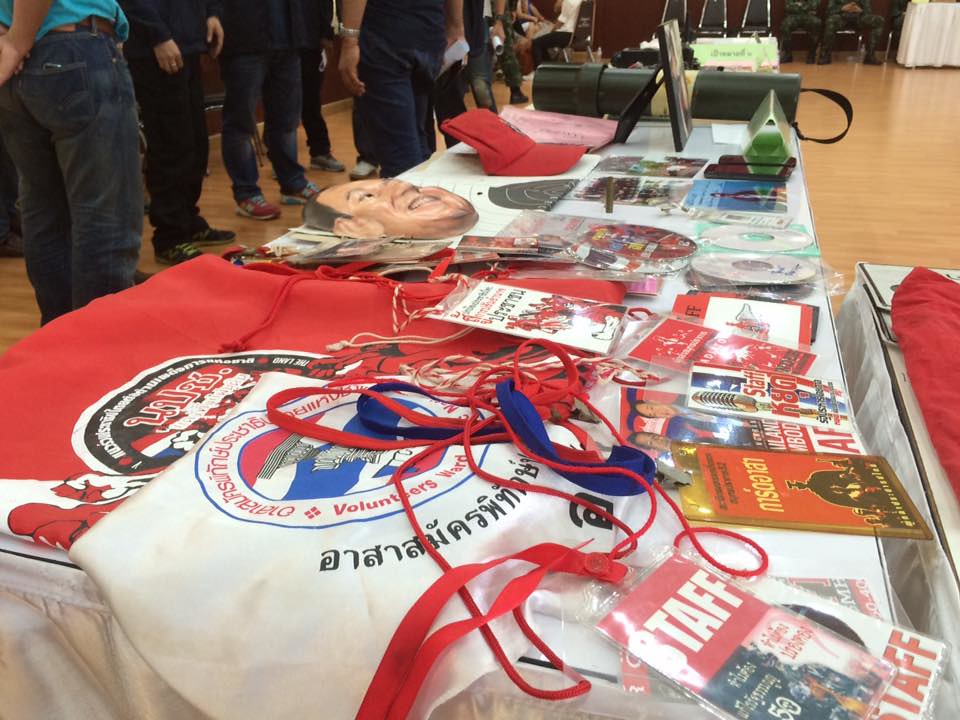 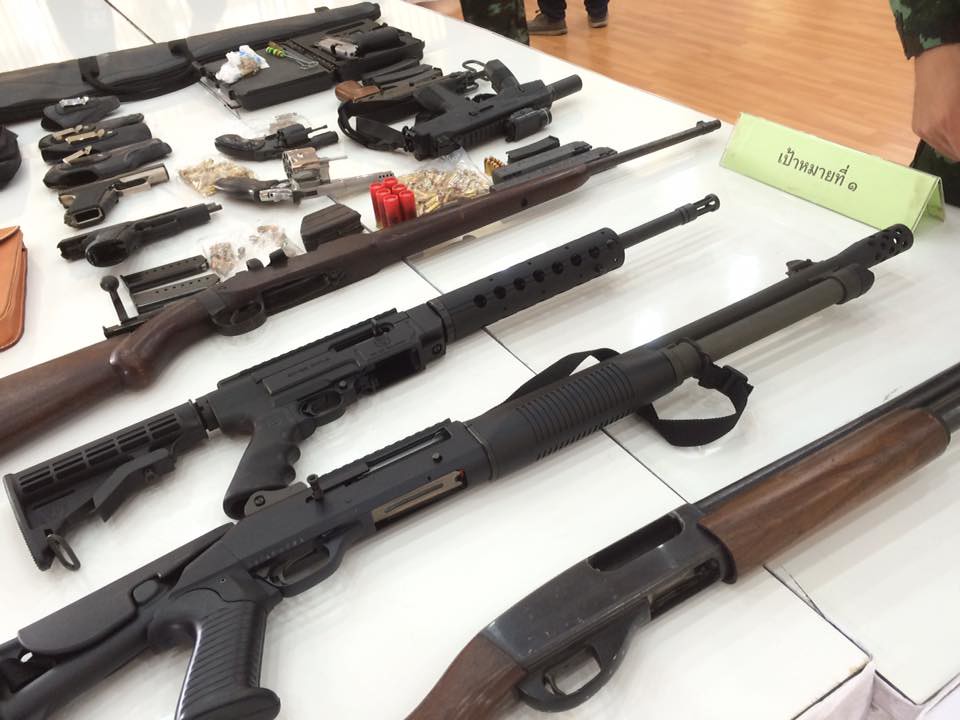 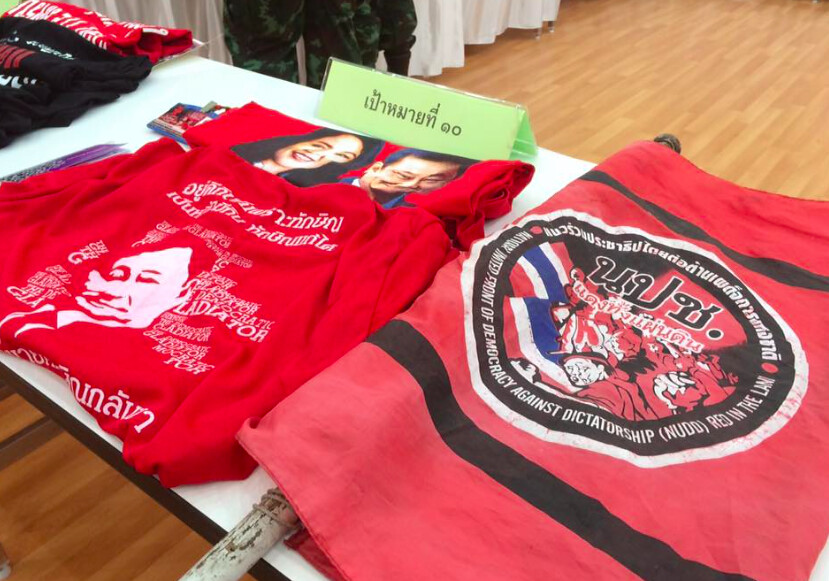 Some of the weapons and objects related to the red shirts confiscated from the military and police raid in Samut Prakan on 12 May 2016 (Photo from Anuthee Dejthevaporn’s Facenook, a Voice TV journalist)