Submitted on Mon, 9 May 2016 - 02:29 PM
The Thai police chief has warned anti-junta activists to take the case of the arrested activist’s mother as an example of what happens to those who oppose the junta.
On Saturday, 7 May 2016, Chakthip Chaijinda, Commissioner-General of the Royal Thai Police, warned anti-junta activists that their family members can be prosecuted, just like Patnaree Charnkij, an activist’s mother who has been charged under the lèse majesté law.
Chakthip said that the junta repeatedly and clearly explained the country’s roadmap to the public. Everyone was happy with it, except Patnaree’s son, Sirawith Seritiwat, aka ‘Ja New’, an activist from Resistant Citizen and the New Democracy Movement, and his friends, who were stubborn and disobeyed the junta.
“I want everyone to take Ja New (Sirawith) as an example. All politicians and other activists who previously took part in political movements are now in the place they’re supposed to be because they violated the law,” said Chakthip, according to a Matichon TV report.
On Sunday, 8 May 2016, the Military Court released Patnaree on 500,000 baht bail on condition that she does not go abroad or participate in any political activity.
On Friday, 6 May 2016, Khaosod English reported that, according to the police report, the authorities charged Patnaree with lèse majesté for her single-word response to a defamatory message against the monarchy on a Facebook chat.
The report states that Patnaree responded to the defamatory message by texting ‘Ja’ (Human Rights Watch translated this word as a non-committal, colloquial ‘yes’ in the Thai language), thus meaning she accepted or agreed with the message.
The authorities have also confirmed that, apart from ‘Ja’, Patnaree texted other kinds of lèse majesté messages, but these messages cannot be published. 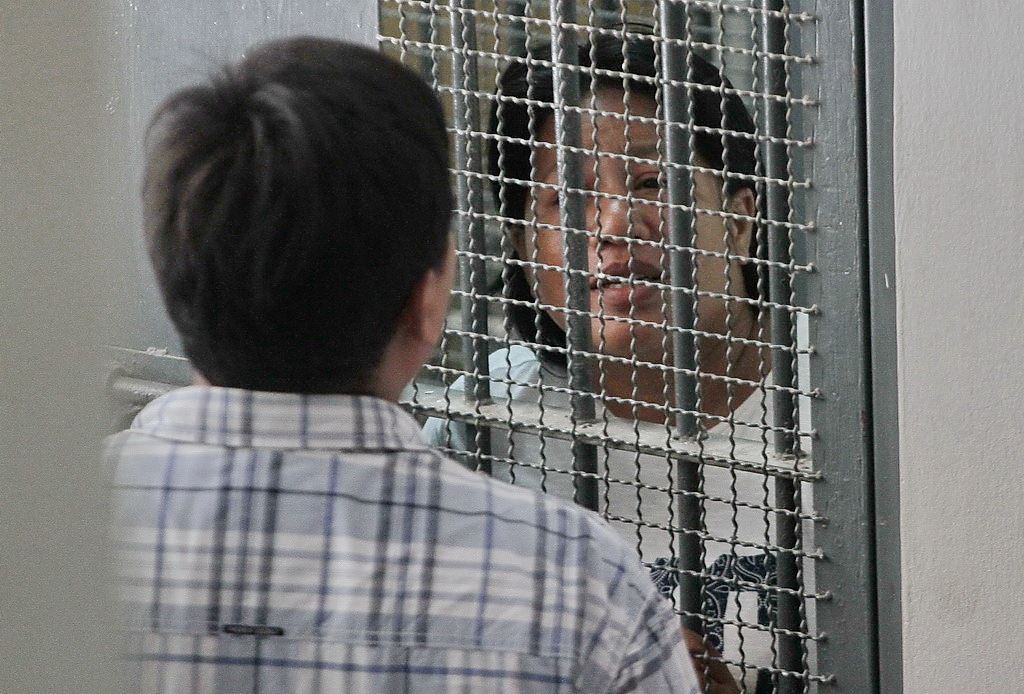