The Thai military in the northern province of Chiang Mai summoned a pro-democracy academic and activists into a military camp.

The BBC Thai reported on Tuesday morning, 3 May 2016, that Pinkaew Luangaram, a pro-democracy academic from Chiang Mai University, Rodjaraeg Wattanapanit, the first Thai woman to be awarded with the International Women of Courage Prize from the US government from her advocacy for democracy, and Surapong Sriprom, a teacher and democracy activist, reported to Kawila Military Base in Chiang Mai.

The military summoned them for interrogation to seek useful information from the three.

For Rodjararaeg, as one of the founders of Cafe’ Demoracy Program, a political workshop and lecture, and owner of a bookstore in Chiang Mai called ‘Book Re:public’, she has been repeatedly summoned by the military after the 2014 coup d’état.

Her bookshop was pressured by the authorities to close down for over a year after the coup and was recently reopened at the end of last year.

*Note: Prachatai previously reported that the man who sommoned in the news is Pipob Udomittipong. Prachatai apologizes for the mistake. 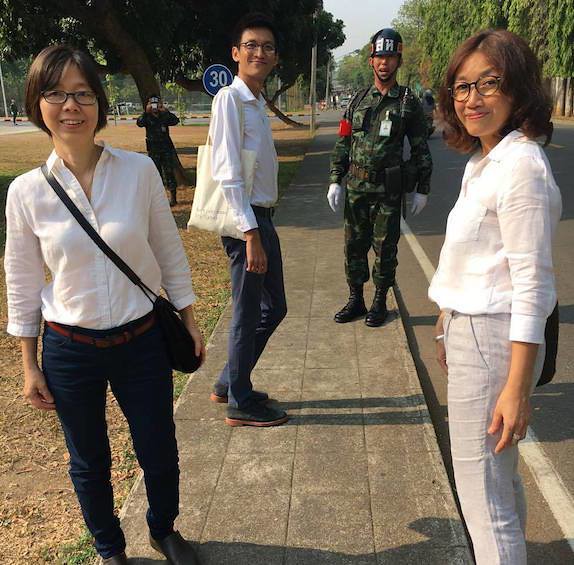