The Court has ruled that Somsak Jeamteerasakul, the embattled lèse majesté critic and ex-Thammasat lecturer now in self-imposed exile, is not guilty of leaving Thammasat University after the 2014 coup d’état.

The Administrative Court on Monday, 11 April 2016, ruled that an order to fire Somsak Jeamteerasakul,56, was illegal.

The court reasoned that it did not appear that Somsak intended to be absent from his lectureship at Thammasat University and that his position at the university prior to his self-imposed exile shall remain intact.

According to Pawinee Chumsri, a lawyer from Thai Lawyers for Human Rights (TLHR) who represented Somsak, the court did not cite Somsak’s claim that he faced danger after the coup d’état as a reason for the ruling against his firing.

Last month, the government commissioner of the Central Administrative Court said that Somsak was facing grave danger to his life and liberty, which caused him to flee overseas.

In February 2015, Somkit Lertpaithoon, the Rector of Thammasat University, signed an order to end the civil service employment of Somsak as he had at that time been absent from the university for about nine months.

The order was finalised despite the fact that Somsak had requested leave of absence from 1 August 2014 to 31 July 2015 to pursue academic activities overseas, which is possible according to the university’s rules. The request was approved by the dean of the Faculty of Liberal Arts of Thammasat, but was rejected by Somkit.

In March 2015, Somsak submitted an appeal to the Office of the Higher Education Commission (OHCE) of the Education Ministry against the decision to dismiss him.

Somsak is known for his active role in criticizing Article 112 of the Criminal Code, the lèse majesté law, and encouraging reform of the Thai monarchy. He himself faces lèse majesté charges filed by the Army and countless acts of intimidation, including gunfire at his house.

Last month, the Thai police announced that they are considering further lèse majesté charges against Somsak together with the Thai PBS channel, the only public TV channel in Thailand, over a talk programme called Tob Jod (The Answers).

After Gen Prayut Chan-o-cha overthrew the government on 22 May 2014, the historian fled the country to Europe. Somsak is also an expert on the killing of King Ananda. 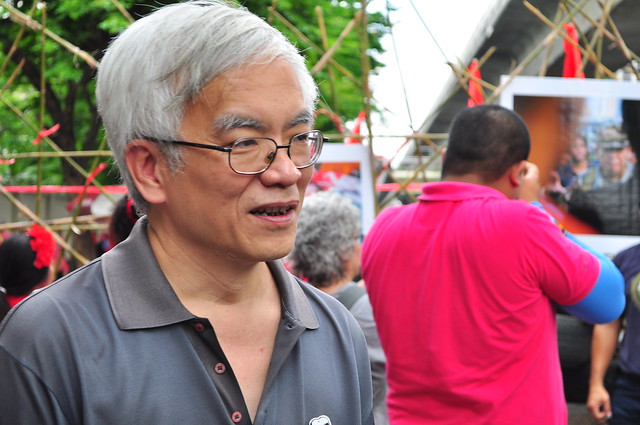