Thailand’s Ministry of Culture has banned a horror film centring on the life of a teenage monk after the movie caused a stir among Buddhist hardliners who alleged that the film insults Buddhism.

On Monday, 12 October 2015, Sahamongkol Film International, a Thai film production company, sent out a tweet to inform the public that it has to postpone screening the film ‘Abat’ (‘offense’ in the Pali language, the sacred language of Theravada Buddhism).

The movie company stated “the movie has been banned by the Film and Media Screening Committee (the committee of the Department of Cultural Promotion under the Ministry of Culture).”

The Ministry informed the movie’s producer and distributor that the film needs to be modified before it could go on screen.

On 23 September 2015, five Buddhist organisations, namely the Association of Scholars for Buddhism, the Buddhism Protection Centre of Thailand, the Buddhist Women's Association, the Network to Protect the Nation, Religion, and Monarchy, and the Buddhists Network, issued a joint statement to the Ministry of Culture against the film.

The statement which was submitted to Veera Rojpojanarat, the Minister of Culture, urged him to review the content of the film. It was also sent to the film producers asking them to rethink whether the film is appropriate for screening in the country.

The film, produced by Sahamongkol Film International and Baramyou Company, is about a delinquent teenager who was forced by his parents to ordain as a Buddhist monk, but continues with his usual layman lifestyle while developing a sexual relationship with a young female protagonist, which later leads him to uncover the dark secrets in his monastery. 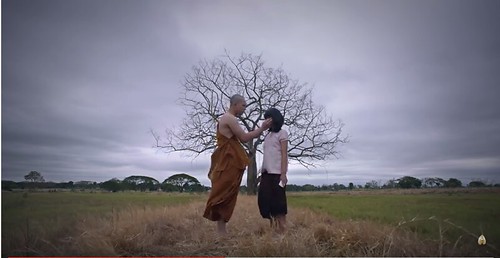 One of the controversial scenes in the film which shows the leading protagonist in a Buddhist monk’s robe touching a woman, an action which is prohibited in the Buddhist monks’ code of conduct

The film was initially scheduled to be in cinemas on 15 October 2015.

In the statement, the five religious organisations wrote that the content of the movie shows disrespect towards Buddhism and Buddhist monks in the country and is ‘valueless’.

Sathien Wipornmaha, the head of the Association of Scholars for Buddhism, told Matichon News that the movie might harbour ill intentions to ‘destroy’ Buddhism and is likely to cause conflicts in Thai society.

The five organisations also voiced concern that the Thai actor who plays the main protagonist in the film is not even Buddhist.

Surapot Taweesak, a Buddhist and philosophy scholar, however, shared his thoughts on the matter through Matichon News that there is nothing wrong with the film.

“If you think that this kind of film is inappropriate then you should erase a lot of the content of the Vinaya Pitaka (the ancient Buddhist text on the code of conduct for monks) because it even discusses sexual intercourse between monks and female monkeys and corpses,” said Surapot.

He mentioned that it is no secret that some Buddhist monks have engaged in sexual intercourse because people have already seen it in the media and people are intelligent enough to distinguish the actions of some monks and Buddhist principles.

“It’s already the 21st century. You can no longer conceal the truth while only advertising a single good dimension and prevent society from talking about things from other angles,” said the Buddhist academic.

He added that the call to ban the film shows a ‘lack of tolerance’ and disrespect towards freedom of expression, which ironically goes against the principles of freedom of thought in Buddhism itself. 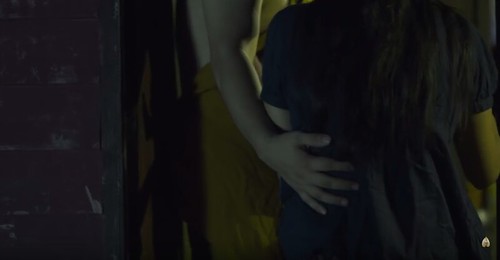