At least 100 police and military officers prevented an anti-junta gathering ahead of the of National Reform Council (NRC)’s vote on the new charter in central Bangkok, saying that it is against the Public Assembly Act.

At about 3:30 pm, about 100 police officers mostly from Pathumwan Police Station in central Bangkok and military officers in plainclothes barricaded an area in front of Bangkok Art and Culture Center (BACC) to prevent anti-junta activists their supporters to hold an event against the new constitution.

The event was initiated by Democracy Student Group, which on Thursday, 3 September 2015, posted a message on the group facebook page, inviting people to participate in a peaceful symbolic gathering against the 2015 constitutional draft at 4 pm today, 5 September.

At around 3:30 pm, the police erected temporary fences in front of the BACC and the sky bridge above it and maintained tight control of the surrounding area.

Shortly after, at about 4:30 pm, Sirawit Serithiwat, aka. Ja New, a well known activist from Resistant Citizen, an anti-junta activist group, arrived to the venue and tried to negotiate with the police.

One of the officers told Ja New that according to the Public Assembly Act, which was recently enacted, he should have informed the police at Pathumwan Police Station 24 hours before the gathering took place. Otherwise it would be against the assembly act.

On Friday, the police issued an announcement warning the organisers of the event to abort the gathering, saying that the venue is within a 150-meter radius from Sra Pathum Palace, the residence of the Crown Princess. Therefore, it is against the Public Assembly Act. However, the group argued that the venue is obviously far enough from the palace.

Sunai Phasuk, a researcher from Human Rights Watch, who came to observe the event said “this is against basic human rights under the International Covenant on Civil and Political Rights. From the previous political gatherings, it is already proven that the activists only gathered peacefully and the venue is obviously not within a 150-meter distance from the palace as the police claimed.”

At the end, around 5 pm, Sirawit moved to an area at the corner of the BACC and staged the symbolic activity against the constitutional draft by pouring water onto a copy of the charter draft and showed a piece of paper resembling the public referendum sheet in which he ticked on ‘Vote No’ box.

While staging the activity, Sirawit said “from the content of the referendum, it is clear that the junta wants to cling on to its power. So, we have to vote no.”

There were about 15 anti-junta supporters on the sky bridge who could not come down to join the event because the police officers barricaded the passage between the BACC and the bridge. However, the group shouted “Vote No” along with Sirawit when he asked them if they would accept or reject the new charter. 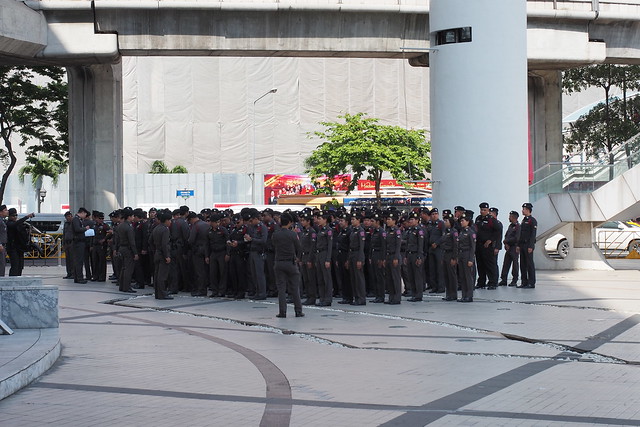 About 100 police officers maintaining tight control in front of the BACC at around 3:30 pm on 5 September 2015 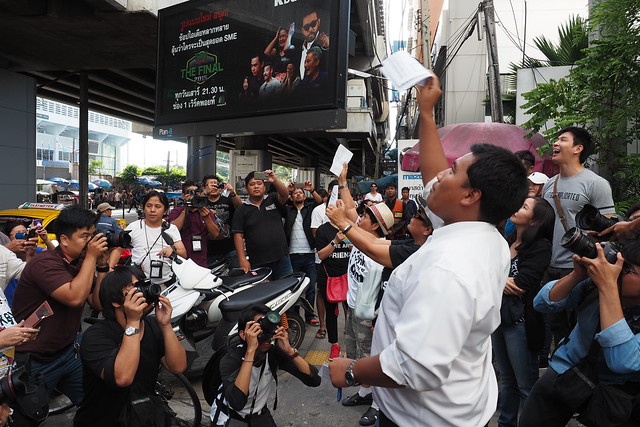 Sirawit Serithiwat, aka Ja New, showing a piece of paper which he ticked 'vote no' 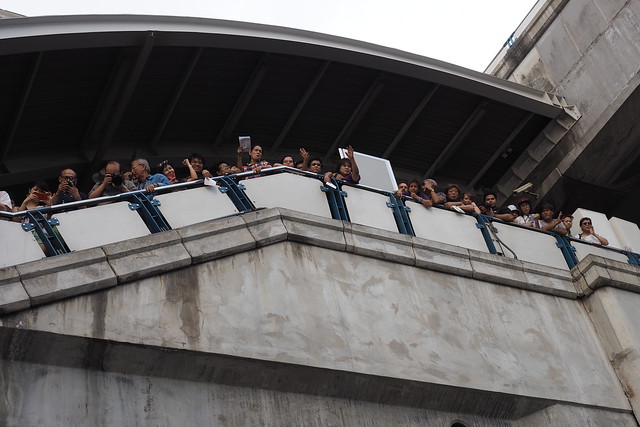 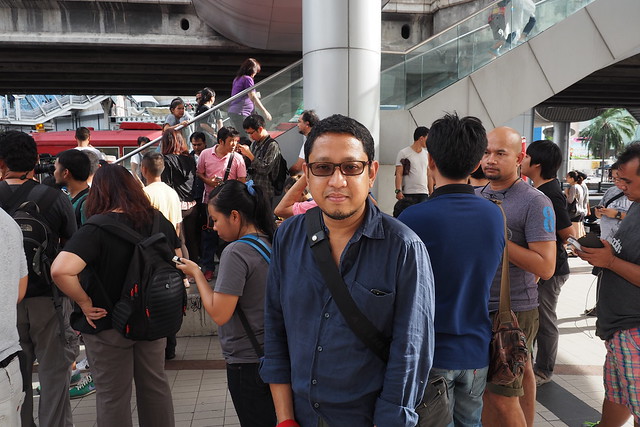