An elderly bombing suspect has urged the police to reinvestigate his alleged brutal torture by military officers while he was detained under martial law.

Sansern Sriounruen, a 63 years-old suspect in a case related to explosions at the Bangkok Criminal Court and Siam Square, and planned explosive attacks in other locations in Bangkok in early March 2015, plans to submit a letter tomorrow, 21 July 2015, to request the Royal Thai Police to investigate his allegations of torture.

Sansern accused military personnel of torturing him and three other suspects in the same case, Charnwit Jariyanukul, Norapat Lueapol, and Wichai Yusuk, while they were held under martial law from 9-15 March 2015.

According to Thai lawyers for Human Rights (TLHR), the four faced various forms of physical torture.

“The four suspects have been subjected to torture including being hit, punched and kicked in the head, chest, and back and threatened with assault in order to extract information from them,” said the TLHR. “In addition, some suspects were electrocuted, leaving visible marks on the skin, while being held in custody under martial law from 9 to 15 March 2015.”

After the allegations were made, TLHR requested to see the medical examination reports of the four suspects and Human Rights Watch (HRW) also requested the authorities to investigate the torture allegations. 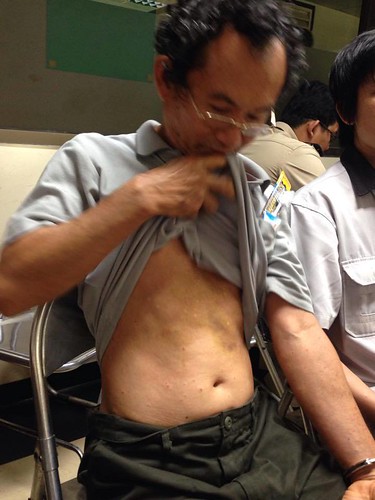 On 13 May 2015, Pol Lt Gen Sriwarah Rangsiphramanakul, the Metropolitan Police chief, revealed an investigative report on the torture allegations of the four suspects.

The police’s report concluded only that Sansern’s physical injuries resulted from severe contacts with hard objects.

After the report was released Sansern urged the police to reinvestigate his claim.

He said that although he told a physician at the police hospital that he faced no physical abuse from police officers, it did not mean that he was not tortured by military officers while he was detained under martial law.

“I meant that no police officer or prison officer physically assaulted me, but this [statement] does not include the military officers who arrested and interrogated me,” Sansern wrote in the statement.

He added in the letter “when the physician examined my body, it was on 18 March which was quite a while after the time when I was tortured in captivity. Therefore, the injuries had faded. Some of the injuries were visible. The most visible injuries were where I was electrocuted on my right thigh, which did not seem to fit the police’s explanation.” 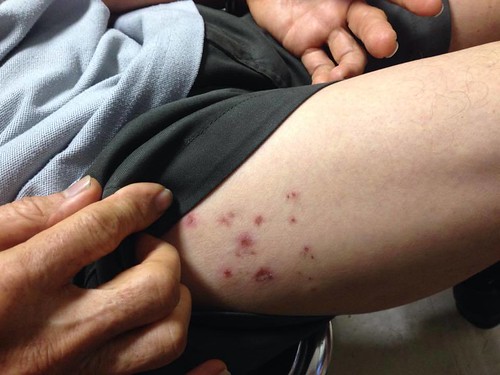 In March, Sansern told Prachatai that he was also slapped in the face, punched on the base on the sternum and in the ribs, trampled on, and electrocuted on his thighs. He was electrocuted almost 40 times.

“During the interrogation, they found a document saying that I wanted to donate my body. They think I was preparing myself for death. They would make sure of arranging it for me,” said the elderly suspect.