Submitted on Tue, 7 Jul 2015 - 03:08 PM
Asaree Thaitrakulpanich
Film critics say a Czech film, set in 20th century Czechoslovakia, recently screened in a central Bangkok mall, reflects the role of autocratic regimes in everyday life and education and also sheds light on how constantly-changing autocratic regimes bear down upon normal people in their everyday lives, even on “non political” people.
The discussion after the special screening of I Served the King of England (2006) at the Central World on Saturday drew parallels between the film’s 20th century Czechoslovakia setting and present-day Thailand while raising questions about the prevalence of mainstream historical narratives, especially in education. 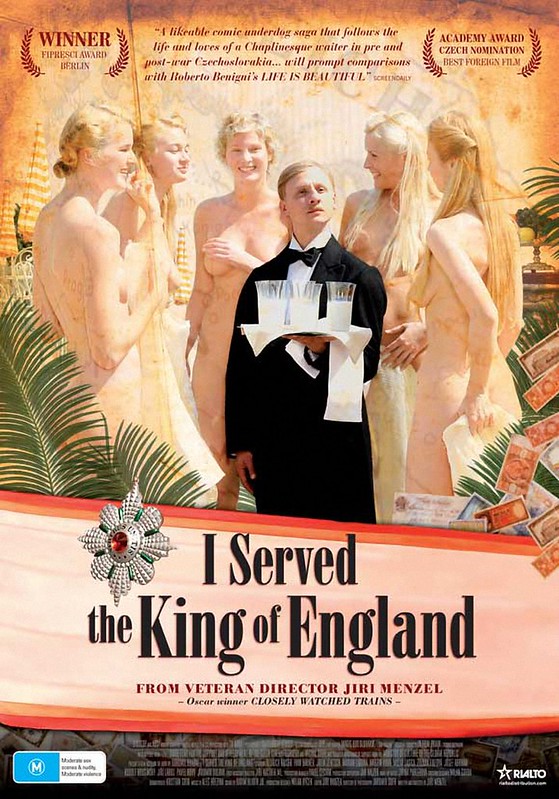 I Served the King of England (2006), directed by Jiří Menzel, is based on the novel of the same name written in 1971 by Czech literary legend Bohumil Hrabal. The film is a historical drama, with elements of comedy, romance, and surrealism. Since its release it has been well-received, holding 7.4 out of 10 stars on IMDb.
The story is told retrospectively from the point of view of Jan Dítě, an old man who has just served a 15-year jail sentence. As he rebuilds a deserted pub, Dítě recalls his life as a hospitality worker. He worked his way up from working in a small roadside hotel to the grandest hotel in Prague. When the Nazis occupied Czechoslovakia, he unexpectedly fell in love with and married a fanatic Nazi soldier and found employment at one of his former hotels, now converted into a “master race” breeding center. After the war during the Communist era, he was jailed for being a millionaire: he had 15 million in the bank, so he served 15 years.
After the screening, Kong Rithdee, Bangkok Post writer and film critic, Chalida Ua-bumrungjit, Deputy Director of the Thai Film Archive, and Verita Sriratana, lecturer at the Department of English, Faculty of Arts, Chulalongkorn University led the film discussion, titled “The Grand ‘Bohemia’ Hotel: Central Europe as a Place of Transit for Authoritarian Regimes — Can Thailand Learn from the History of World Wars in Central Europe?” Nattapan Jariyawutikul, undergraduate student in the BA Program in Language and Culture at Chulalongkorn University’s Faculty of Arts, moderated the discussion.
Verita began the discussion by providing the film’s context. Hrabal, who wrote the novel which the film I Served is based upon, had lived through a total of four different Czech regimes during his lifetime from 1914-1997: the Austro-Hungarian Empire, Nazi occupation, Communist rule, and post-Berlin Wall Czechoslovakia. The “hotel” in the film was a “rest stop” for guests, just as Czechoslovakia was a “rest stop” for several changing regimes. Last year’s 4-Academy Award winning The Grand Budapest Hotel, directed by Wes Anderson, is heavily inspired by I Served, with both films sharing a similar plotline and the motif of a “rest stop hotel” in Central Europe.
Furthermore, Verita explains, Dítě means “child” in Czech, reflecting Czechoslovakia’s—and everyday people’s—recipient role in being impacted by power. During the tumultuous events of the 20th century, Czechoslovakia was the type of country to be left in the “anteroom” while in the “discussion room,” powerful decision-making countries would decide everyone’s fate, said Verita.
Central Europe’s role as an “anteroom” area is comparable to Thailand, where those in power define concepts such as duty and happiness for people under them, stated Verita.
Kong ties Czechoslovakia’s political role with Dítě’s role in the film. Dítě views the world with a childish innocence, not understanding the political context and gravity of his actions until it is too late.
For example, Chalida refers to how Dítě has to get physically examined to determine that he is of pure Aryan blood before he can marry his Nazi bride. Everyday people, “little people,” Chalida said, are not able to see how in the long run they will be seen by history. Dítě’s character could not help falling in love with a Nazi, nor could he prevent his arrest by the Communists for being a capitalist, added Verita.
Chalida ties this in with many Thais’ choice to stay out of politics. “Being non-political is still a political stance,” she says. “Politics gets involved with you, whether you want it to or not.”
Hrabal’s modernist, experimental writing as well as Menzel’s adaptation offers an alternative version of history to the official grand narratives presented in textbooks, said Verita. Nattapan brought up the issue of learning history through films such as I Served, and how the history curricula in the Thai education system is so limited that it does not include very much of Thai history, much less world history. “Teachers shouldn’t just screen Naresuan for students and tell them it’s history. It’s a constructed adaptation, just like any film,” said Chalida.
Mainstream Thai historical narrative films such as the Naresuan film series only confirm previously-held antagonisms and prejudices, said Kong. “Thais need more historical films which change the audience after watching it—as well as audiences willing to watch such films.”
Alternative Thai history films could follow the example of I Served and use tragicomedy and absurdity to illuminate historical events in a new light, said the film critic.
The Embassy of the Czech Republic, in collaboration with the Chulalongkorn University-Visegrád Collaboration Project, screened Jiří Menzel’s I Served the King of England (2006) at Thai Knowledge (TK) Park in Central World. In the introductory speech, Czech ambassador to Thailand HE Vítězslav Grepl said that the Czech people had to struggle to survive in the 20th century due to being caught between two great powers, Germany and Russia, and the nightmare of living through one dictatorial regime after another. Grepl stated that his country was happy to share the experience they went through.
The Chulalongkorn University-Visegrád Collaboration Project (CU-V4), founded by Verita Sriratana, is an academic and cultural cooperation that aims to build stronger cultural and academic ties with the Visegrád Group of countries of Central Europe, namely the Czech Republic, Hungary, Poland, and Slovakia. For future events by the CU-V4 project, follow the CU-V4 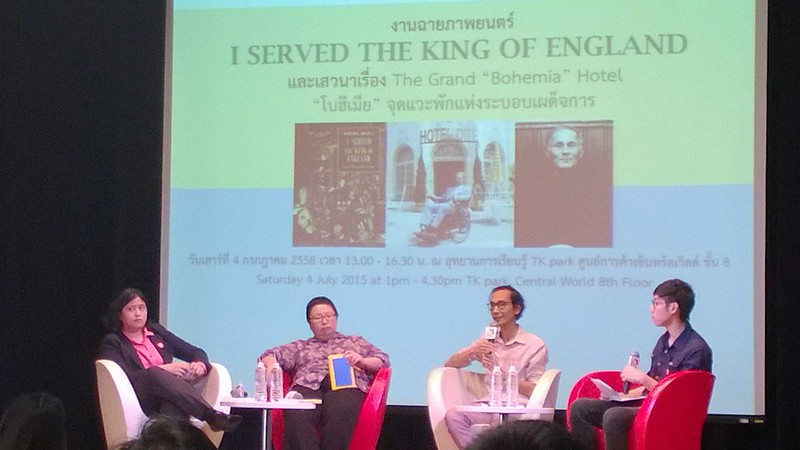 Verita Sriratana, Kong Rithdee, Chalida Ua-bumrungjit, and Nattapan Jariyawutikul discuss the Czech film I Served the King of England, applying it to Thai context in a discussion titled, “The Grand ‘Bohemia’ Hotel: 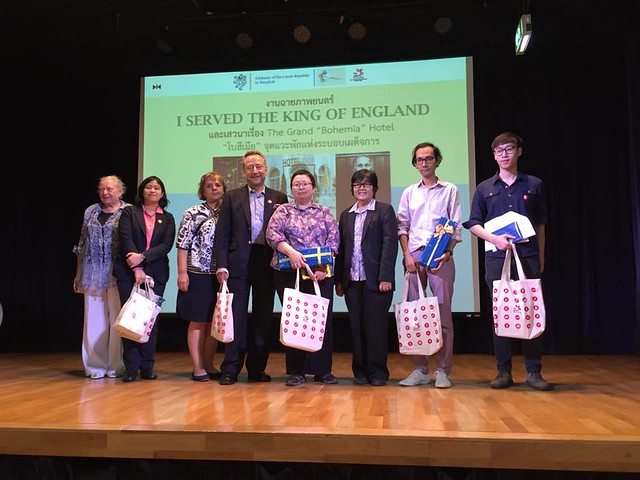