People gathered in the northern province of Chiang Mai, Thailand, to show moral support to the 14 embattled anti-junta activists under tight monitoring of the police and military officers.

On Sunday, 5 July 2015, a crowd gathered in front of Chiang Mai University to hold an event called ‘Post Its for Freedom’ to urge for an immediate release for the 14 embattled anti-junta activists who have been detained since last week, 26 June 2015.

The event was organised under the heavy presence of police and military officers in and out of uniforms, who tightly monitored the event.

The event was similar to the ‘Post Its for Freedom’ in Bangkok on 3 July, where the event participants wrote messages on post its to support the 14 activists, read poetries, and performed live music.

The event was organized by the northern activist group namely the Liberal Assembly of Chiang Mai University for Democracy (LACMUD), the Free Maejo for Democracy, the AT North group, and the Northern Student Assembly.

At the event, the activist groups declared a joint statement, urging an immediate release of the 14 activists. They stated that they support the New Democracy Movement (NDM) and its 5 principles: Democracy, Justice, Participation, Human rights, and Peace.

“Though our bodies are free, but as long as our friends are detained, It also detained our souls. We urge for an immediate release on the 14 activists unconditionally. Because we are friends and we will not abandon each others. ” The statement said.

The event was also joined by Nidhi Eoseewong, a well known social science academic, along with Apichatpong Weerasethakul and Chookiat Sakveerakul, film directors. 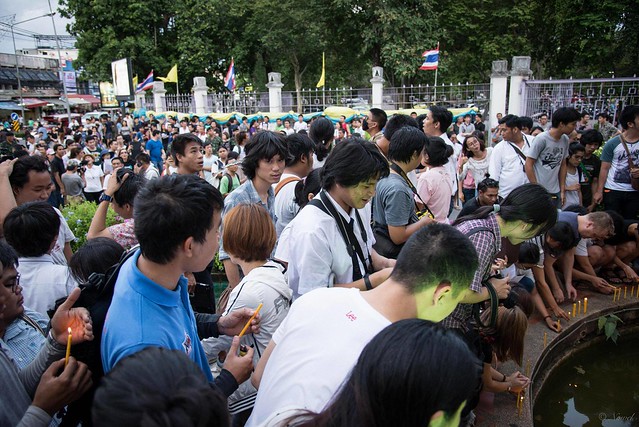 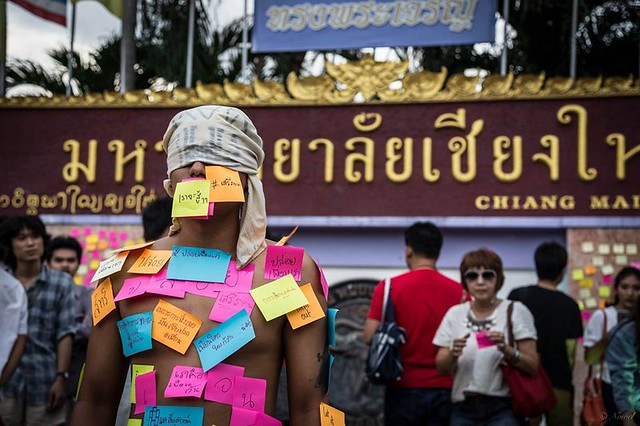 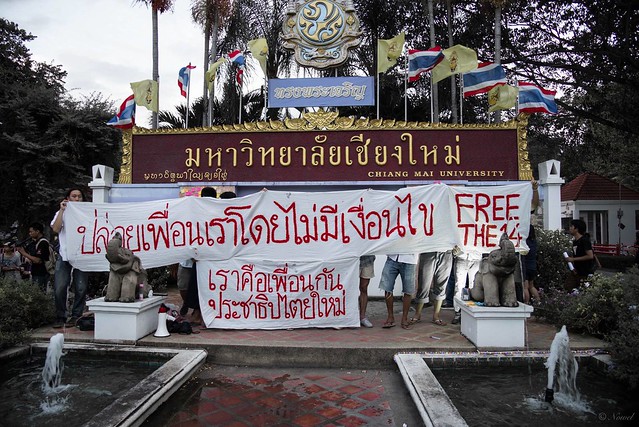