Pro-democracy activists and people from all walks of life gathered at Thammasat University and Bangkok Remand Prison on Sunday to give moral support for 14 embattled anti-junta activists in custody.

At noon on Sunday, many students from the Liberal League of Thammasat for Democracy (LLTD), activists, academics and others gathered in front of the Tha Prachan Campus of Thammasat University to attached placards with messages to support the 14 student activists on the campus wall.

One of the placards is a message from Kasian Techapeera, a renowned anti-junta political scientist of Thammasat and Chulalongkorn University, which reads ‘I’m proud to have been your lecturer’. 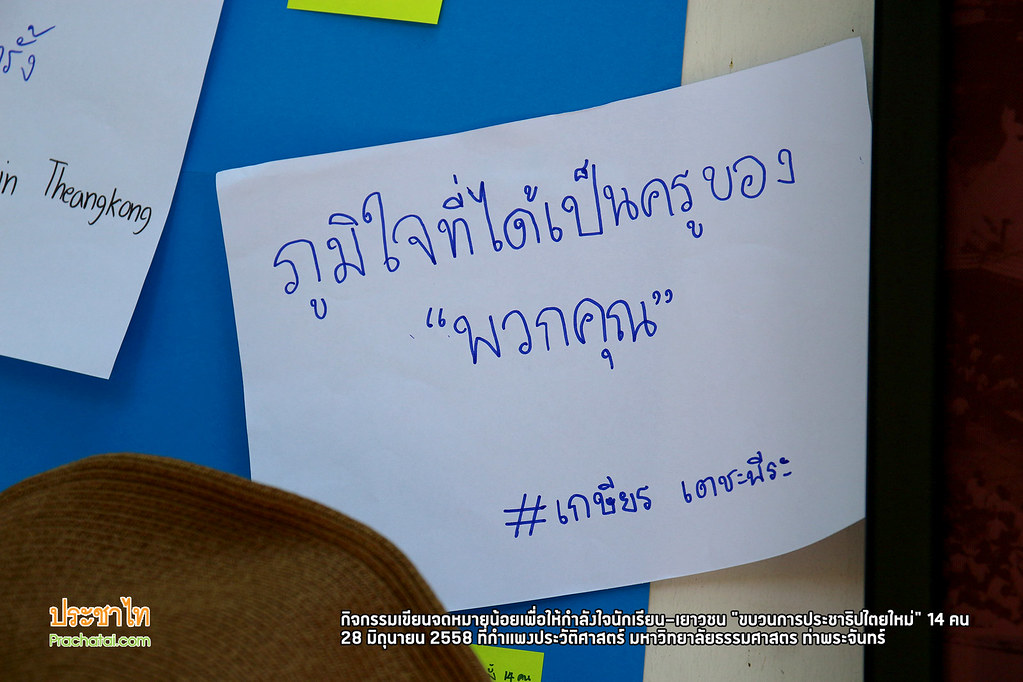 Kasian Techapeera's message of support to the student activists in custody

Some other placards attached to the campus wall read ‘Release the 14 student activists unconditionally’, ‘Nobody is behind this [anti-junta activities] except ordinary people who love democracy’, ‘Dictatorship will be destroyed and democracy will triumph’. 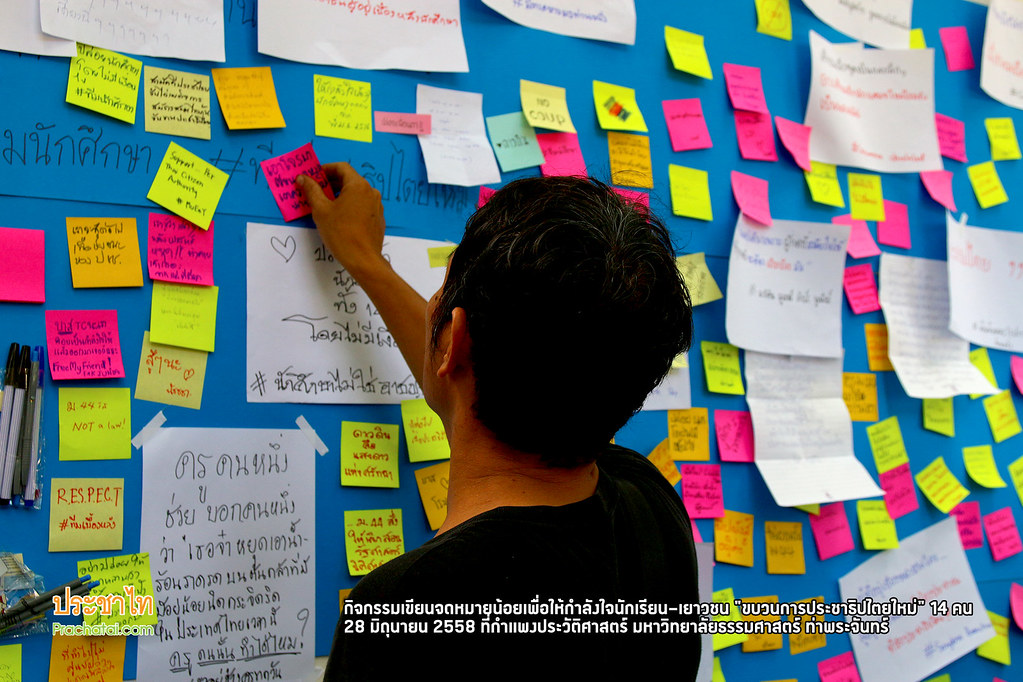 They also released white balloons to show their moral support and read out a statement to denounce the Thai junta’s measure to arrest the student activists.

The group statement pointed out that despite the fact that all the 14 student activists always made it clear that they would not escape, the Bangkok Military Court detained them and denied their lawyer’s objection to the custody order.

The group added that the military court’s decision to detain the student activists was also read at an unusual hour on Friday night, which is outside the normal working hours of the court. 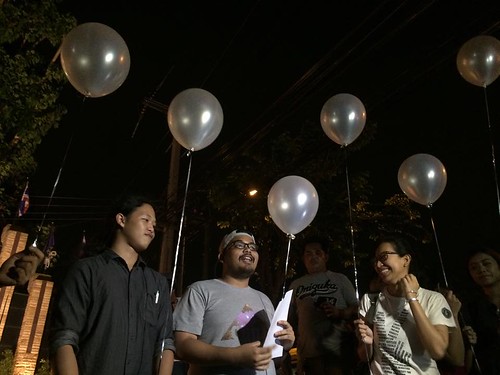 “This sort of behaviour [by the authorities] shows that state officials are abusing the justice system to arrest and prosecute those who have different political stands,” said the group’s statement.

On Friday night, the Bangkok Military Court granted permission to detain 14 student activists who are accused of violating the junta’s National Council for Peace and Order (NCPO) Order No. 7/2014, which prohibits any political gathering of five or more persons for holding symbolic events to commemorate the 2014 coup d’état on 22 May. 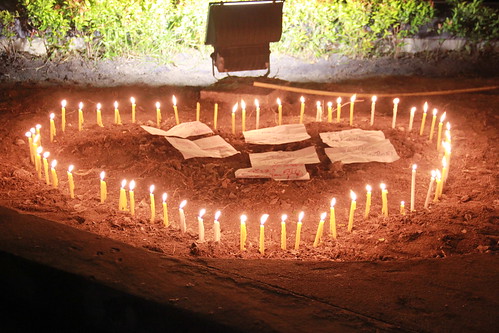 In addition, the 14 are also charged under Article 116 of the Criminal Code, the sedition law, for holding anti-junta political activities. If found guilty, they could face up to seven years’ imprisonment.

On Saturday, Gen Udomdej Sitabutr, the Thai Army Chief, said that the arrest of the 14 student activists was necessary to prevent further political conflicts and made an ambiguous claim that the authorities now know who is behind the anti-junta activities.

The army chief also threatened to use harsh measures against people who support the student activists.