Today’s Thai general election results are now looming, and with the Pheu Thai Party government positioned to secure a likely victory, anti-government protesters will be intent on finding more ways to delegitimise their nation’s political process. Over recent years, the Thai political system has been able to resist the pressure to concede much to the demands of the Bangkok protesters who still remain defiant.

This is in large part because it is now over a decade since millions of relatively poor rural Thais began to experience a sense of political mobilisation. Because they are now visibly able to express priorities that are rather different from those of the more middle class anti-government protesters, the risk that voicing opinions will only intensify national polarisation remains as a key sticking point in promoting democratic ideals.

So it seems that we can expect Thailand’s continuing political crisis to only ratchet up further, in the aftermath of the implications of the results becoming clear to a population now on the edge. This election result may soon come to be recognised as the watershed moment, when it became impossible to reconcile a political polarisation that has seemingly escalated out of control.

The prevailing question in the run-up to the election focused on whether Thailand must institute political reforms before or after the electoral process could unfold. It is now implicit that voter turnout and the percentage share of the result can be considered as a form of referendum on the democratic legitimacy of the country. So in a certain sense, this may remind us of the Bangladesh elections of just last month.

Increasingly resolute stances were expressed during the pre-election public debate, and this also indicates that the sought-after fix to avoid a more extreme response will not likely be found in time. Whether or not serious violence is immediately triggered in the aftermath of the results, a marked change in thinking across Thai society is now desperately needed.

The prevalent uncompromising attitudes will ensure that a significant break with the past will be that much more difficult to accomplish, and this will be self-defeating for the great majority of Thais, who remain socio-economically marginalised by the establishment interests operating out of Bangkok.

Despite their public denials, the anti-government coalition led by the People's Democratic Reform Committee (PDRC) have entertained ideas that might be seen to encourage physical action by protesters to impede the rights of Thais to access many polling stations. This will probably happen mainly within Bangkok and the south. Resort to such measures will clearly undermine both the election, and also the democratic process itself.

With their carefully stage-managed battle plan about to be realised soon, we will discover their level of determination to fight this cause to the end. Although they have often proclaimed their message with an extreme air of self-righteous, many from within their own ranks may have still hoped that things could have been achieved without recourse to anything more than political bluster.

Nevertheless, they apparently remain committed to seeing out their campaign for reform, with their current slogan “Shut Down Bangkok, Restart Thailand”. In time for the election, it was revealed that Suthep Thaugsuban, the Secretary General of the PDRC, wrote to the United States President Barack Obama: “I will argue that Thai citizens are morally responsible to rise up and demand removal of both Yingluck and the influence of Thaksin, then define and implement the reform necessary to ensure that the Kingdom of Thailand remains free from unjust and corrupt leaders in the future. Most importantly, a reform that will bring about free and fair elections and a truly representative government.”

Suthep might reasonably maintain that his group represents the interests of all those who are in agreement. Despite this, concerns should rightly be raised, if some interpret the subtext as a claim to be speaking on behalf of an entire country. Also, whilst the PDRC is entirely within its rights to argue that democracy is not merely about elections, it is also basic common sense to understand and respect the essential right of all to be able to cast their votes freely.

When the PDRC is already advocating that it is right and even necessary to violate the voting rights of others – as happened during the recent advance voting process – then why should anybody be expected to take on trust the notion that the PDRC reforms are truly intended to promote democracy and equality for all Thais?

Thomas Paine, the political philosopher and activist of the 18th century, in attempting to contend with the challenges of his own time, once wrote: “Common sense will tell us, that the power which hath endeavoured to subdue us, is of all others, the most improper to defend us.” Evidently, the political scenario unfolding within Thailand today is not unique.

Problems of concentrated political power, patron-client relationships and conflicts of interest exist in all countries, to differing degrees. Despite the concerns relating to the continuing influence of the Shinawatra name, any amount of legislation and reform must be balanced with the requisite level of intent to implement policy.

Despite its rather different context, the United States has its own history of political dynasty making. This has been most apparent in recent times of course, with the Bush family, the Clintons and perhaps, most famously, the Kennedys. As we speak, we know there is much talk of Hillary Clinton and her chances of becoming president in 2016. Although the power of the US political lobby has long been recognised, it has over recent years been subjected to increased levels of scrutiny, and is now frequently criticised as being corrupt and riddled with conflicts of interest.

In Japan, the Liberal Democratic Party (LDP) has continued to dominate the Diet (Japanese parliament), since the party’s establishment in 1955. For Japan, the cost of farm subsidies has been a major criticism, and the way in which the LDP government allocates its budget attracts the criticism that the LDP’s relationship to its rural constituent power-base remains rather too cosy.

One way or another, corrupt undercurrents – such as the Thai patronage system – can be observed in political systems all around the world, and so it is no secret that such problems persist. Despite this, the most effective democratic mechanisms act to support and evolve a range of checks and balances. This way, whatever has been historically instituted can be corrected within a more symbiotic and cooperative relationship.

For it is the revolutionary zeal of history that is now being encouraged by the modern Thai protesters, as they seek to overcome societal problems with a blank slate approach often taken by political fundamentalists. It is highly dangerous for Thailand to entertain such a prospect, because the political divergences are so sectarian in their nature, and are based on provincial, ethnic, and class-based distinctions.

In the context of the current disintegration that millions of Thais are now actively playing a part in encouraging, it is incumbent on more Thais to be asking the pertinent questions. For instance, in claiming to be challenging injustice – allegedly perpetrated by those who may be misusing the power of the state – when does it become legitimate for you to then violate the basic rights of others, in order to accomplish your supposed goal?

Ultimately, the recognition of key safeguards such as due process may appear, to an embittered and agitated public, to be an unsatisfactory compromise. Yet it remains the case that little else holds open the possibility of effectively bringing corrupt politicians to account, without otherwise encouraging a culture in which it continues to be acceptable to resort to the necessarily divisive mentality of further encouraging a climate of mob rule. 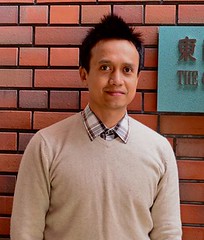 Titipol Phakdeewanich is a Visiting Research Scholar at the Centre for Southeast Asian Studies (CSEAS), Kyoto University, Japan. He is based at Ubon Ratchathani University, Thailand.