‘In the case of Ah Kong, all sides in Thai society have shown a lack of moral courage to do what is right.  They have been concerned with their own status, positions and politics, and have done nothing. Ultimately, an ordinary old man has fallen victim, having to die away from his family’, said Somsak Jeamteerasakul, speaking to the crowd who attended the funeral of Amphon Tangnoppakul at Lad Prao Temple in Bangkok on 25 Aug.

This reminds him of the regicide of King Rama VIII in 1946, where three people were executed despite weak evidence.  The case went through three courts and involved about 12-13 judges, but none of the judges, except one in the Appeals Court, had the courage to say that the evidence was weak and the defendants were innocent, he said.

He believes that the judges were well aware that their verdicts were not right, but they had to act in that way because in the system they were supposed to do so: to find culprits.

It took 30-40 years for Pridi Banomyong to finally clear his name in this case, and through all those years, hardly anyone ever came out to say that it was wrong to execute the three victims and to banish Pridi from the country for life.  Thailand and Thai society has always been like this, he said.

Likewise, in the case of Amphon, it was very sad that all through the judicial process, moral courage was also found to be lacking in society.  The court must have been aware that the repeated denial of bail and the guilty verdict were not right.  Academics and members of the elite, like Anan Panyarachun, Bowornsak Uwanno and Khanit Na Nakhon, who have come out to say that the lèse majesté law is problematic, have been silent in this case.  Why have they not come out to say that the verdict was wrong? Where is their moral courage, he asked?

He said that at a seminar the previous week, a well-known staunch royalist said that he did not believe that Amphon had sent the SMS messages, but instead believed that this might have been a plot by red shirts to try to destroy the monarchy.  He asked the royalist why, if he believed that Amphon was not the culprit, he did not say so to the public when the verdict was delivered.

These people did not dare to speak their mind because they did not want to undermine their politics and play into the hands of their political opponents, Somsak said.

This even applies to the red-shirt United Front for Democracy against Dictatorship.  Thida Thawornsate, chairwoman of the UDD, took over two weeks to mention Amphon’s name in her weekly press conference after the verdict, he said.

The Yingluck Shinawatra government also does not have the courage to order the relocation of lèse majesté prisoners to Lak Si prison where political prisoners had been moved, despite the fact that this is in its power and is unlikely to undermine its stability, he said.

This lack of moral courage has deprived Thai society of judgment on what is right and wrong, resulting in the death of an old man without the blessing of his family, he said. 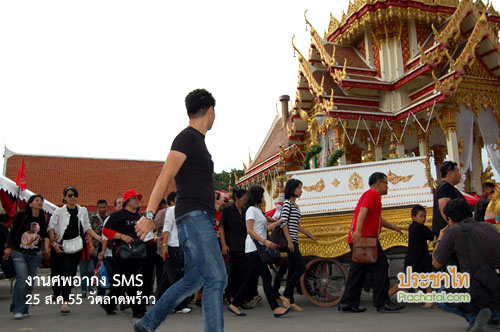 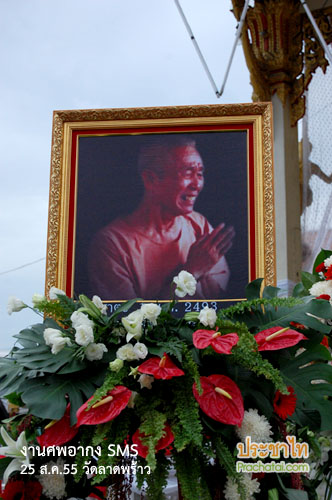 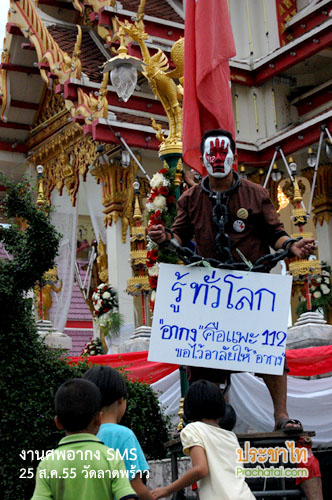 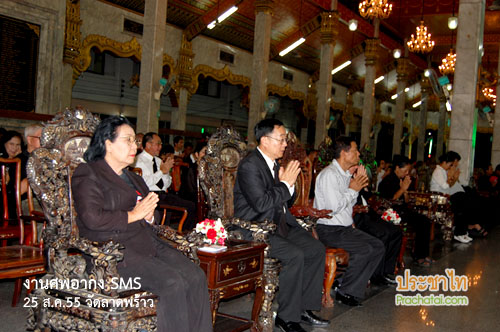 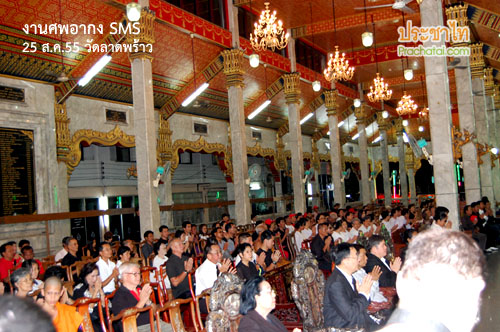 The cremation on 26 Aug (From left) one of red shirts helping organize the funeral, Naruemon Warunrungroj (accused of firing a military helicopter and jailed for 16 months) handling kitchen work at the funeral, Rosmalin, and Phayao Akkahad (mother of slain nurse Kamonkade) 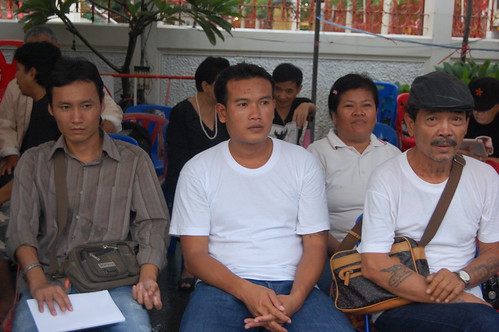 (From left) Nat Sattayapornpisut, Suriyan Kokpuey (having been released a few days before the funeral) and his parents Warawut Thanangkorn, having been released a few days before the funeral 112 pigeons to be released 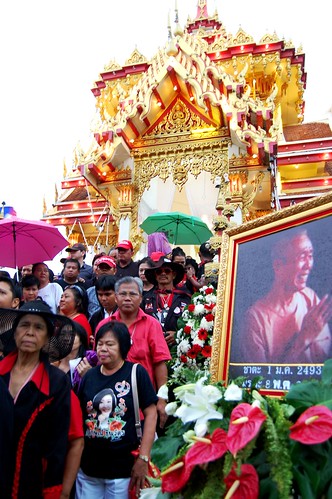 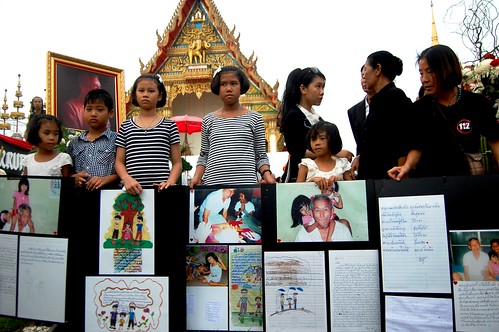 On 27 Aug, Amphon’s family performed a Buddhist ritual of pouring his ashes into the Chao Phraya River. 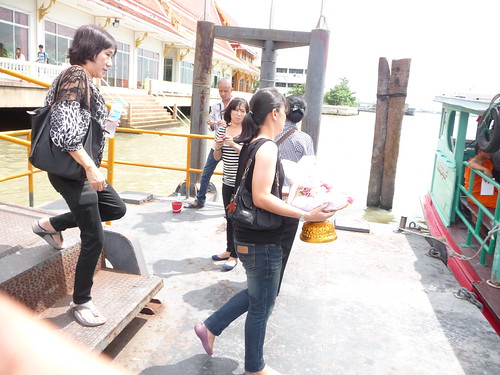 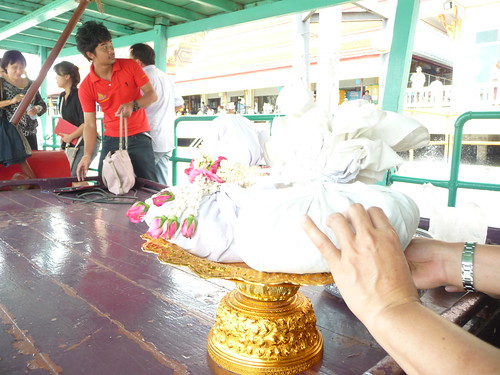 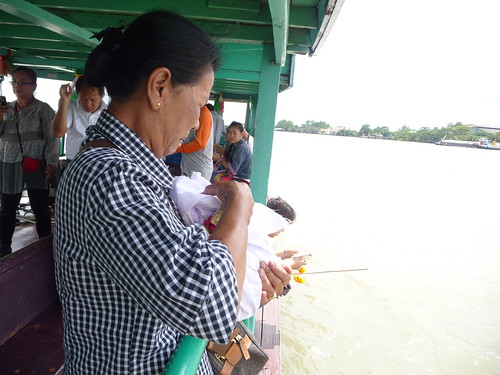 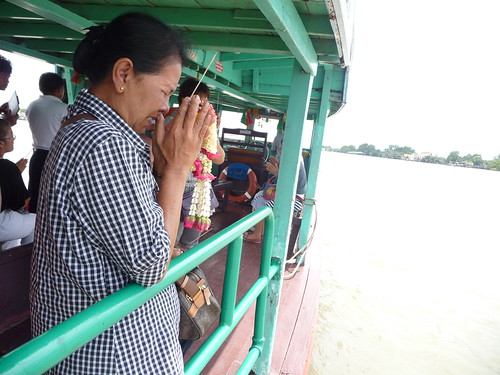 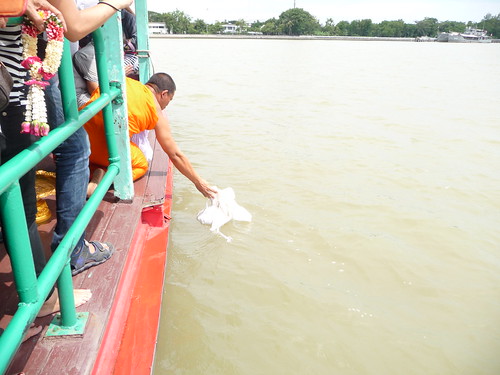 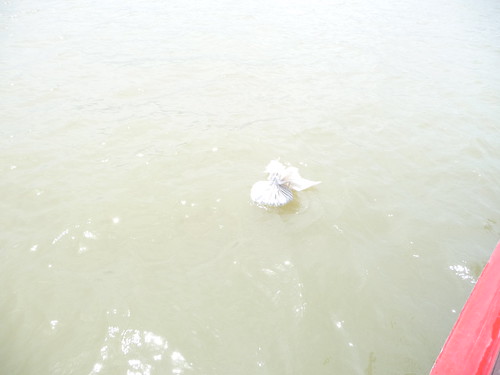 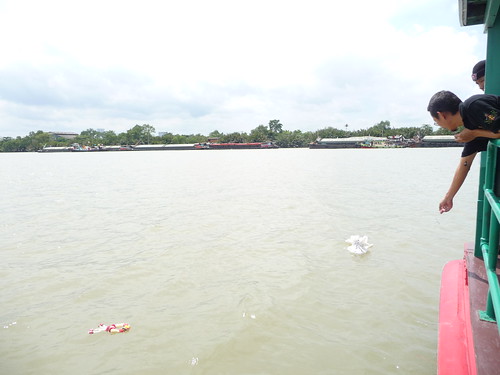 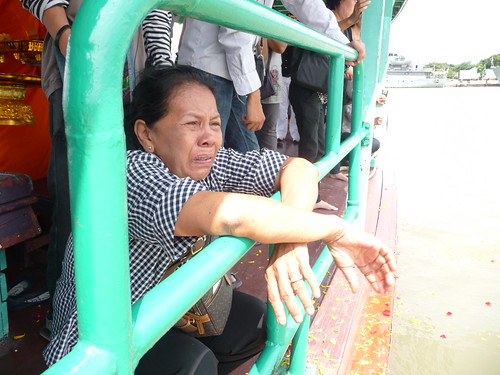 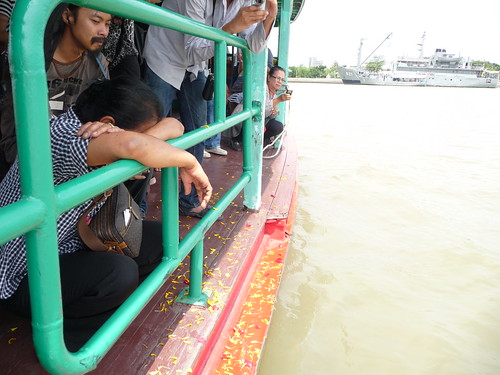 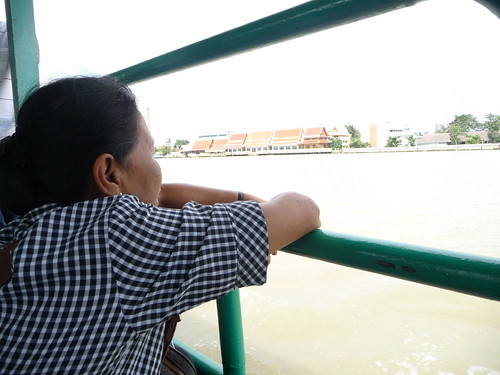 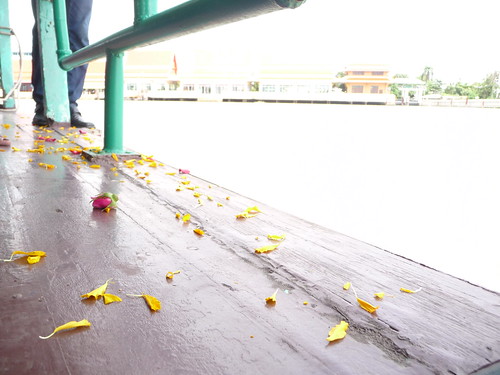