Home » Demands of fasting activists taken up by political parties

In response to the hunger strikes of two detained activists, opposition political party members have pledged to support bail rights and ending the criminalisation of political opinions. 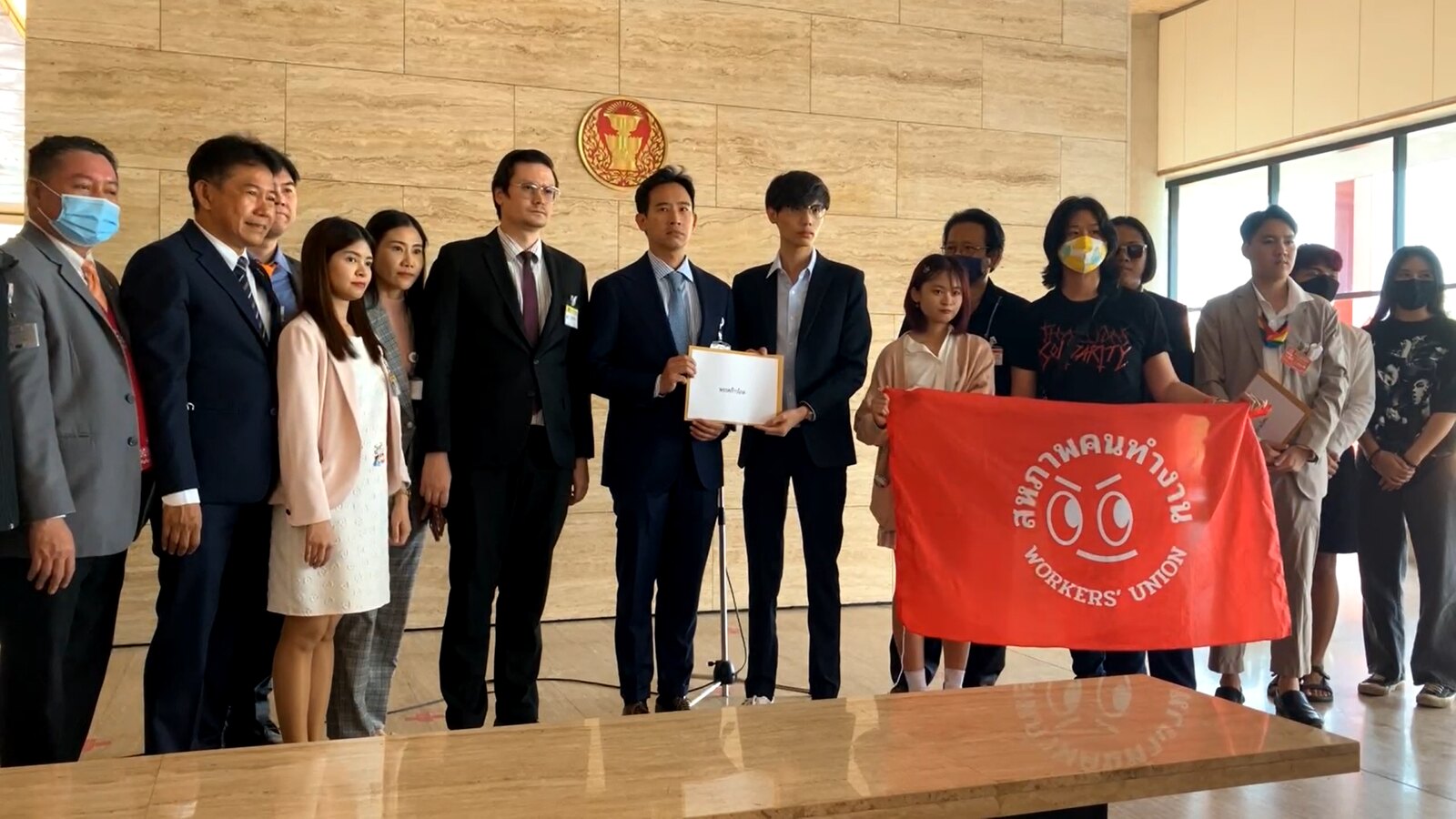 On 24 January 2023, a group of activists submitted a petition to parliamentarians from the Pheu Thai, Move Forward, Seri Ruamthai, and Prachachart Parties.

Group representative Rattapom Lertpaijit said the health of two detained activists, Tantawan Tuatulanont and Orawan Phuphong, has reached a crisis point.  The pair have been on a hunger strike for 6 days to demand reform of the justice system and the release of political prisoners. They are also calling on political parties to promote policies that ensure basic political freedoms.

In support of the hunger strikers, the group is demanding that the Court uphold the presumption of innocence until proven guilty and release political detainees.  It has also asked that political parties promote policies to protect people from being charged for expressing their political thoughts.

Commenting upon the government’s harsh treatment of protesters jailed for political expression, Julapan Amornwiwat, vice president of the Pheu Thai Party, said his party is monitoring the situation closely.

He urged the government to peacefully engage with protesters and release all political detainees. He also emphasised that Pheu Thai and other opposition parties support bail rights.

“We support the demands of the younger generation, of people everywhere, for democracy.  This includes Bam and Tawan (the nicknames of Orawan and Tantawan) who are currently in prison. Let their struggle be safe and successful,” said Julapan.

According to Tossaporn Serirak, a Pheu Thai Party member and doctor who previously participated in street demonstrations, the 6th day of a hunger strike can be quite serious. Deprived of water, the body will attempt to save fluids by halting urination, resulting in the accumulation of toxic elements. Glucose will be extracted from the liver and muscle and a potentially fatal kidney failure may occur.

In the face of the detainees’ grave medical condition, he called upon political parties to join hands and pressure the government to meet their demands.

Pita Limjaroenrat, leader of the Move Forward Party visited Tantawan and Orawan on Tuesday morning. He reported that their spirits were healthy but their bodies were not. The two asked him to thank people for their support.

They also asked Pita to remind the public that people suppressed by law have the right to bail.

The Move Forward Party leader called upon the next political administration to seek a way out of the deadlock. He believes that those prosecuted in political cases should be granted amnesty.

Noting that people have the right to think differently, Somchai Srisutthiyakorn, a Seri Ruamthai Party member, said that the state should not use its power and legal measures to deprive people of what they are entitled to.

Agreeing with other party MPs that bail rights should be supported, he also questioned the necessity of having political detainees wear EM trackers after being bailed.  He felt that there was little risk of the country being damaged by people who think differently.

He stressed that Seri Ruamthai Party is ready to collaborate with parties everywhere to fully democratise the country. He also urged Tantawan and Orawan to stop fasting for the sake of their health and the ongoing struggle.

“The fight will not end in a short period of time. I want you to take care of your health. I want you to think of the longer struggle. It is not necessary to put your life at risk yet. We … support you and want to fight along side you,” said Somchai.

Pol Col Tawee Sodsong, a lawmaker from Prachachart Party, also expressed support for bail rights. He said what has taken place is an exercise of power over law … the use of law over justice. Prachachart party aims to reform the Court, military, and independent organisations.

He added that the hunger strikers’ demands have yet to be discussed, officially or informally, with MPs from the government coalition.