On 27 December, two Ubon Ratchathani high school students were detained for flashing three-finger salutes, a well-known symbol of resistance, at an intersection on a road that was closed ahead of King Vajiralongkorn and Queen Suthida’s royal motorcade. 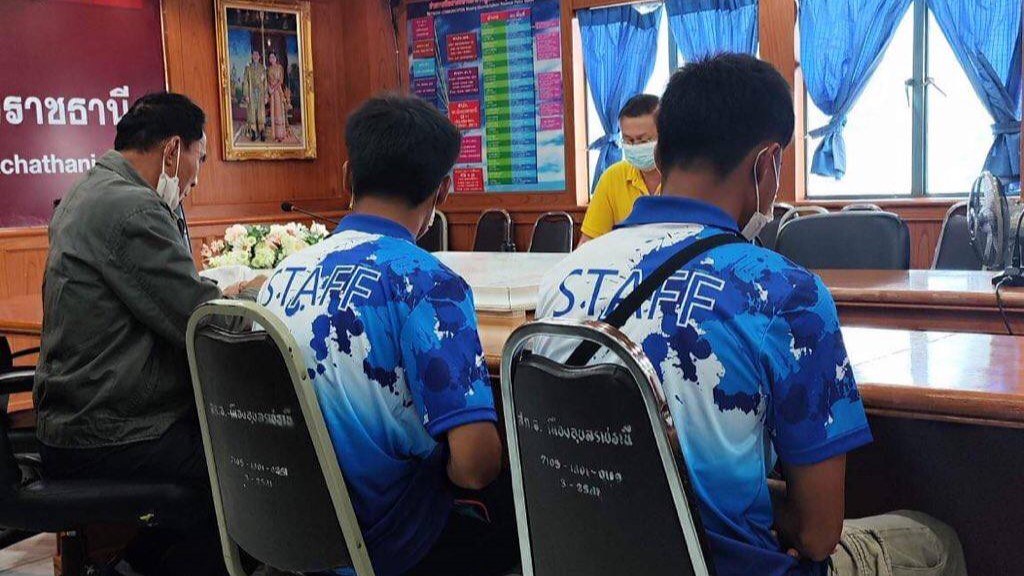 Another student who witnessed the incident said that he rode his motorcycle out to the intersection at around 14.00 to run an errand and discovered that the road was closed. He was not aware of the pending motorcade. Two of his friends, whose motorcycles were parked in front of him, flashed three-finger salutes for a moment.  Once the traffic was allowed to resume, a police officer pulled them over. The witness thought that they were going to be fined for not wearing a helmet but later learned that they had been detained for their salute.

According to a  Thai Lawyers for Human Rights (TLHR) report, at around 15.30, the two students were detained at Muang Ubon Ratchathani Police Station.  Lawyers were not allowed to see them.  Volunteer lawyer Wattana Jantanasilp was denied permission to meet with the students and given no explanation of what had happened. Wattana was informed by the police that they had summoned the students’ parents, as well as an official from the Provincial Education Office and a child psychiatrist.

At 8.20, TLHR said that the students were released without charge, but the police refused to allow photos to be taken of the daily record on their detention.

A food delivery driver named Nattawut (last name withheld) also said that a police officer from Muang Ubon Ratchathani Police Station called him to ask that he remain at home while the King and Queen were visiting the province.  He refused, explaining that he needed to work. The officer then asked if he could follow Nattawut while he worked.  When the driver agreed, the officer said that he did not need to be with him all the time and instead would call him periodically to check his location.

Last October 2022, Nattawut ran into difficulties with the police because he was live-streaming when a group of people flashed the three-finger salute and shouted at Prime Minister Gen Prayut Chan-o-cha. One person in the group was detained by police officers and taken away. Another person was pushed to the ground. Nattawut was threatened by the police, who ordered him to delete the recording of the livestream.