Sombath Somphone was abducted from the middle of Lao PDR’s capital Vientiane in 2012. A decade later, the perpetrators have not been brought to justice, his fate is still unknown, and his friends still hope for some progress in the case. 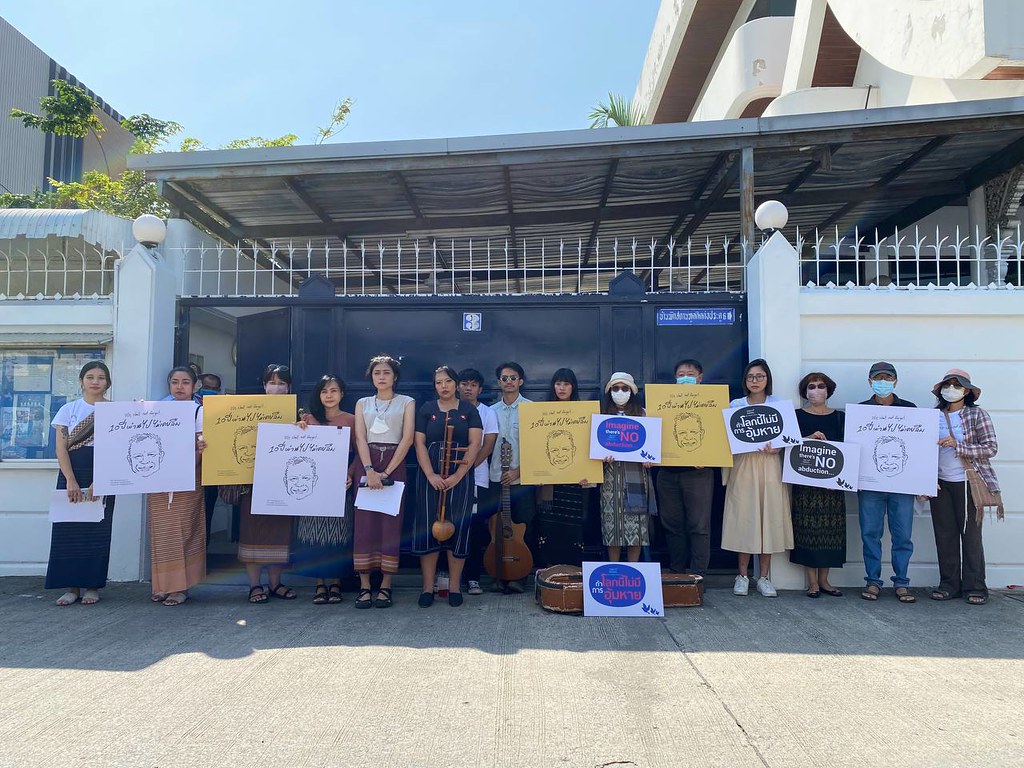 Gatherers take a group photo at the Lao PDR embassy side entrance.

It has been a decade since Sombath, the renowned Lao civil society activist, was last seen by his family.  In commemoration, his friends and activists gathered at the Lao PDR embassy in Bangkok on the morning of 15 December 2022 to once again demand that Lao authorities investigate the matter and determine Sombath’s whereabouts.

A brief ceremony was held in the presence of uniformed and plainclothes police officers. Participants demanded that the embassy send a delegate to receive their statement and open letters. When no delegate came, they placed the letters in a mailbox at the entrance. 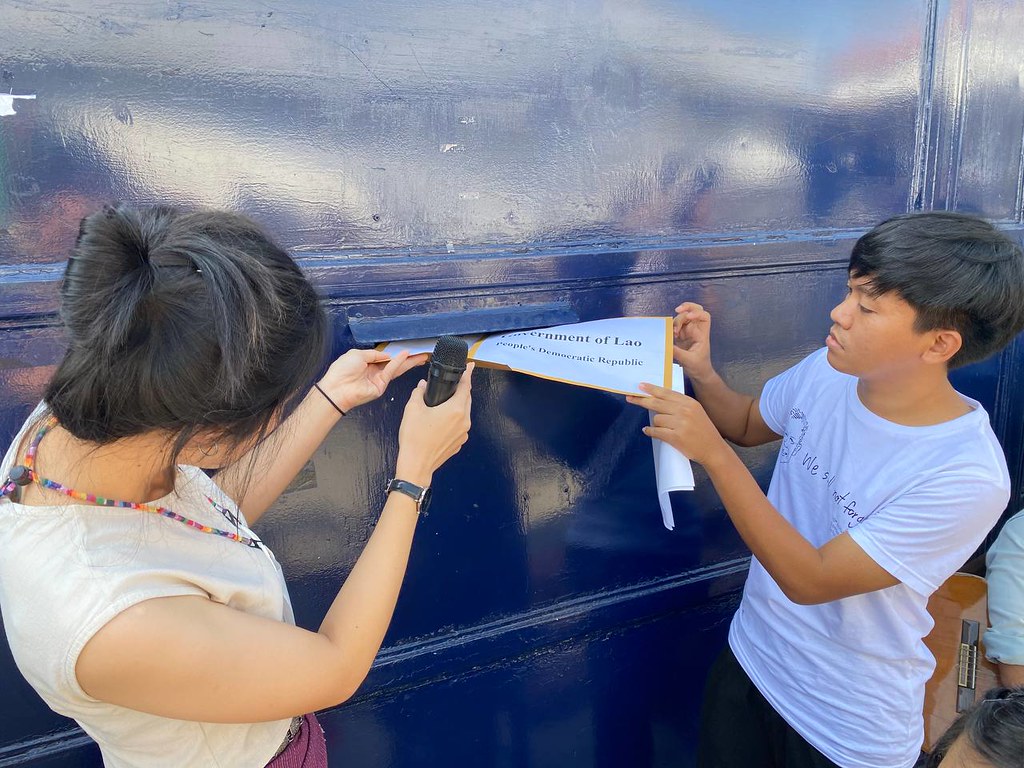 Representatives submit mails to a mailbox.

Watcharapol Nakkasem, a representative from the Young Leadership for Social Change Network, a local civil society group, read a statement saying that they still remember Sombath and will continue to seek his fate and the perpetrator’s punishment.

“The Lao government … previously announced that there was a process to find out the truth about [Sombath’s] enforced disappearance, but never once explained how it was progressing, although [his] friends and colleagues around the world were trying to pressure for the speedy process,” Watcharapol stated in the letter.

Wasinee Boontee, a representative from Sombath Somphone and Beyond Project (SSBP), a regional civil society network that has been calling for an investigation into the Sombath case since his disappearance, underscored their continued determination to discover Sombath’s fate.

“The Lao PDR government has yet to answer to Sombath's family as to what happened and why Sombath was taken away [despite calls from] the United Nations, the governments of different countries, human rights organisations, and media networks in the region and internationally for the Lao government to transparently investigate Sombath's enforced disappearance.

Participants ended the event by singing “Duang Champa”, a Laotian song composed to support the French decolonisation movement of Laos.

Born in the Champasak region in 1952, Sombath and family lived through the civil war period in Laos. After obtaining a PhD in Agriculture from the University of Hawaii, he returned to Laos in 1983, unlike many other Lao nationals who fled the country for better lives overseas.

Working with government authorities, he helped to promote food security and agricultural sustainability. He was awarded the Ramon Magsaysay Award for Community Leadership in 2005.

Sombath was last seen on a busy street in Vientiane. CCTV camera footage taken on the evening of 15 December 2012 showed that his vehicle was stopped at a police checkpoint.  Within minutes, unknown individuals forced him into another vehicle and drove him away in the presence of police officers.

CCTV footage also showed an unknown individual driving Sombath’s vehicle away from the city centre. The presence of police officers at Sombath’s abduction and their failure to intervene were noted by civil society groups and observers, who suspected state participation in the enforced disappearance.

Lao authorities have repeatedly claimed they are investigating Sombath’s enforced disappearance but have failed to disclose any new findings to the public since 8 June 2013. The last time they have met with Sombath’s wife, Shui Meng Ng, to provide her with updates on their investigation was in December 2017.