The student who designed “Patani Colonial Territory,” a card game based on the history of colonization in the Deep South, is reported to have been summoned by the police, after the game was confiscated from a café in Yala by police and security officers. 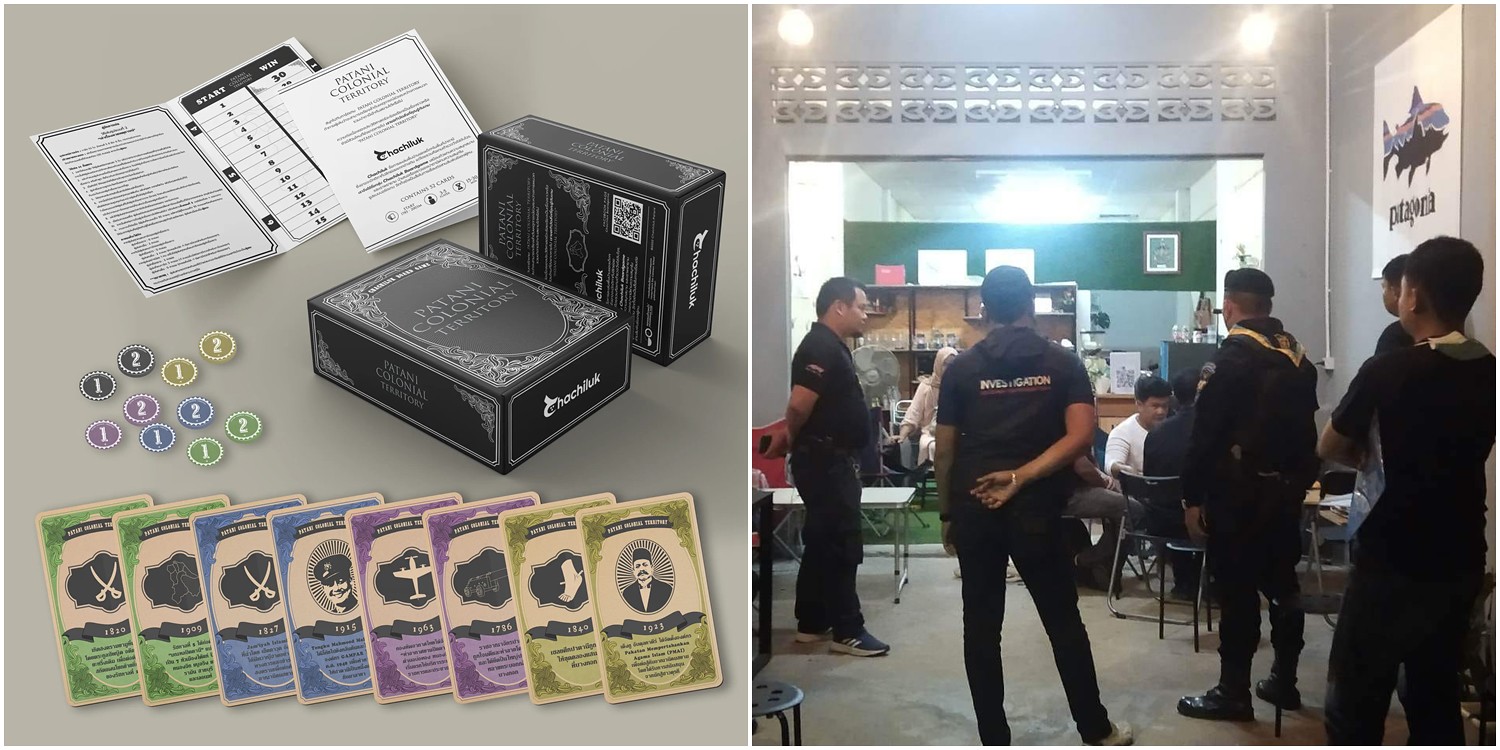 Chachiluk Board Game, the team of developers behind the card game, said that the student was hired by the team to design the game, but was not involved in the conceptualization and production process.

The team said that they invited Lt Gen Santi Sakuntanark, Commander of the 4th Army Region, to the game launch, and that he sent a representative, a high-ranking army officer, to attend the launch.

They also said that the officer saw the card game, and said that there was no problem when he was asked if any part of the game was against the law. They explained to the officer their intention in creating the game, and he said that it was permitted.

The team said they are unsettled by the report that the designer has been summoned by the police to provide information about the game, and called on the authorities to follow the law.

A set of the game was confiscated from Life Coffee Slow Bar café in Yala’s Buung Sata district on 28 November by police and military officers, who told the owner that material in the game ‘may be illegal.’ No warrant was presented during the raid.

“Patani Colonial Territory” is a card game based on the history of Siam’s colonization of Patani and appears to challenge the state’s attempts to defeat the insurgency which has been calling for more autonomy in the region. It was funded by Common School, an organization under the Progressive Movement Foundation, a non-profit entity founded by members of the now-dissolved Future Forward Party who were banned from politics following the party’s dissolution.

The game has been targeted by military officers, academics and right-wing politicians, who claim that the information it presents is misleading and that it aims to incite people against the state.

Maj Gen Pramote Phrom-in, Deputy Director of the Internal Security Operations Command Region 4 Forward Command, a quasi-military civilian entity that takes a major role in security matters in the Deep South, said that the game contains misinformation, such as stories about enslaved Malay people being chained by their Achilles heels and brought to Bangkok, and claimed that the game used made-up history to incite the people.

Piti Srisangnam, Director of the Centre for International Economics, Chulalongkorn University, also said that the story about the Achilles heel is recognized by the academic community as being false.

Meanwhile, Suksan Sangsri, spokesperson for the right-wing Thai Pakdee Party, submitted a petition to the Ministry of Interior Permanent Secretary to investigate everyone related to the development of the game, including the donor.