In response to Maj Gen Rienthong Nanna’s announcement that he plans to spend his retirement in Australia, newspapers in Sydney, Melbourne, Perth have published an article underlining his witch-hunting past in the name of monarchy protection. Meanwhile Rienthong plans to counter with a lawsuit. 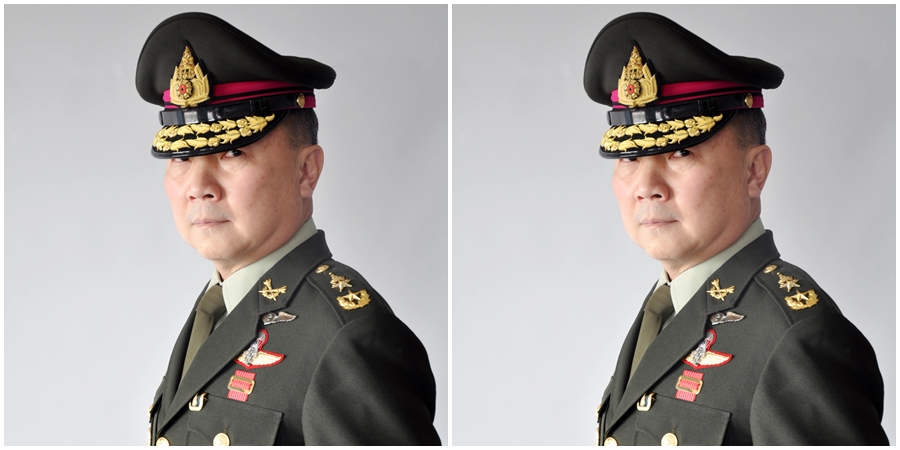 On 5 December, Pavin Chachavalpongpun, a Thai academic in exile and famous monarchy critic, posted that Rienthong’s story had become a front-page article appearing in a media network that includes the Sydney Morning Herald, the Age and the Perth-based WAtoday.

The article outlines the history of witch-hunts under Rienthong’s influence and includes interviews with Thai refugees in Australia who fled Thailand to escape death and rape threats, their addresses being made public, and employers being forced to fire them.

The media barrage rained down on the hyper-royalist after he posted his wish on 10 November to visit Perth, Australia, from time to time as a part of his retirement plan, stirring fury for those whose lives have been affected by his vigilantism and netizens who see the move as hypocritical for someone claiming to be a patriot and who recounted his actions against pro-democracy dissidents.

On 14 November, an online campaign spearheaded by Pavin on Change.org called on the Australian government to deny entry to Rienthong, citing his right-wing activism against Thai dissidents as a reason for disqualification.

Thais and foreigners also gathered at Sydney Town Hall on 5 December to protest against the royalist medic coming to Australia.

"In 2013, he set up ‘Rubbish Collection Organisation’—a Thai state-sponsored ultra-royalist vigilante group to supposedly eradicate Thailand’s “social rubbish” and to annihilate lèse-majesté offenders completely As a result of this effort, many Thais were charged under lèse-majesté law, and some decided to escape from Thailand to seek a refugee status overseas," wrote Pavin in the campaign statement on Change.org.

Prior to the article in the Australian media, Rienthong refused to give interviews, saying the Australian government should not believe the international network’s call to prevent him from going to Australia.

On 5 December he posted that an Australian attorney friend of his had suggested filing a defamation lawsuit against Chris Barrett, the author of the article.

He said he would calculate damages at a rate of 200 Australian dollars per hour until the content is removed, starting from the time of publication at 05.00 on 5 December. A similar criminal defamation charge would be brought in the Thai courts against Barrett, Pavin and the interviewees.

According to the article, the Australian Immigration Minister has the personal authority to intervene but only after the case has been processed by a review tribunal. A spokesperson for the Minister said that there could be no comment on an individual case.

On 6 December Pravit Rojanaphruk, a senior Thai reporter, tweeted his opposition to Pavin’s move to bar Rienthong from Australia since it amounted to a witch-hunt, similar to the methods that Rienthong has used and been condemned for.

“If you do not agree in principle, because you perceive it as an immoral method, then you should not use the same method to hunt others. Otherwise, you have no principles,” tweeted Pravit.

The tweet spurred disagreement, with some arguing that public incitement to cause threats was not the same as public denunciation. Some even said Rienthong deserves it.

Pavin responded to Pravit’s opinion, saying what he did was not a witch hunt but merely exposing Rienthong’s past actions to democratic countries, not revealing personal information about him or his family members or making any legal threats.