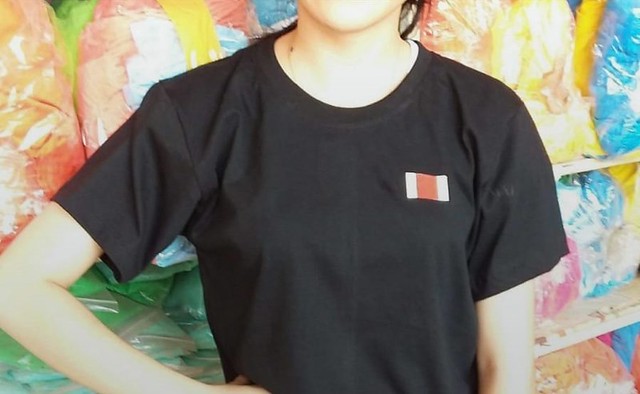 A black t-shirt with the Thai Federation symbol

In September 2018, 5 people were arrested and detained at a military camp for distributing Thai Federation leaflets and selling black t-shirts with the group’s symbol. Kritsana, Thoetsak, Praphan, Wannapa, and Jinda (last names withheld) were later charged with sedition and being members of a secret society whose aim is unlawful.

Jinda failed to appear in court. The remaining four defendants were sentenced by the Court of First Instance to 3 years in prison for being members of a secret society. Since Thoetsak and Praphan confessed, their sentence was reduced to 2 years. The sedition charge was dismissed. The Appeal Court also ruled in April 2021 to uphold the verdict.

Kritsana, Thoetsak, and Wannapa appealed their sentence to the Supreme Court on the ground that they were not Thai Federation members. Praphan, who has been in continuous detention since May 2019 while the case went through the Court of First Instance and the Appeal Court, did not file an appeal. She served over two years of her sentence and was released on 31 May 2021.

The Supreme Court on Wednesday (30 November) ruled to uphold the verdict of the Court of First Instance and the Appeal Court. Kritsana and Wannapa were found guilty of being members of a secret society on the ground that, even though the content of the leaflet they handed out was not seditious, the leaflet also included the URL for the Thai Federation YouTube channel, which aims to incite people to change the regime – something which the court sees an unlawful aim.

The court also said that, since Kritsana also posted messages on Facebook criticizing the government and the monarchy and is part of a group chat on the messaging application Line in which participants criticize the monarchy, and because Thoetsak, Wannapa, and Kritsana were handing out the leaflets, the defence that they are not Thai Federation members is unbelievable and therefore they are guilty of being members of a secret organization. The sedition charge, meanwhile, was dismissed.

Kritsana and Wannapa were immediately taken to prison. Thoetsak did not come to court and arrest warrants have now been issued for him and Jinda.

Pawinee Chumsri, a lawyer from Thai Lawyers for Human Rights (TLHR), said that the three defendants said they insisted they were never members of Thai Federation and only joined the Line group. They also said that they made the leaflets and t-shirts themselves because they liked the ideas being circulated in the group and wanted to show support for the demands for state welfare and for the country to be divided into states. There is also no evidence they have ever joined any group meetings to plan activities. In Kritsana’s case, there is no other evidence than his testimony when he was questioned while detained in a military camp.

Pawinee also noted that Wannapa’s family is poor, and that she was only helping her mother deliver the t-shirts, but did not know anything about the Thai Federation.

Pawinee said that the charge of being a member of a secret society under Section 209 of the Thai Criminal Code is an old law that has recently been revived and used against people in the Deep South provinces. However, she noted that in the Deep South cases, the prosecution has to prove that the defendants have been inducted into a group or that they have joined planning sessions. But the court considered the defendants in the Thai Federation case group members even though they were only part of the Line group or making leaflets with links to the group’s YouTube channel.

TLHR reported that Kritsana, 36, is currently unemployed. When he was arrested, officers confiscated his laptop and mobile phones before detaining him in a military camp for 7 days. He was threatened while being questioned, and an officer once slapped him. His arrest also made him to afraid to express his political opinion.

Meanwhile, Wannapa, 35, is a single mother of 2 sons aged 18 and 13. Being made to wear the electronic monitoring bracelet not only causes discomfort and sores and bruises on her ankle from the pressure but also a sense of shame. Wannapa said she never wears shorts, since she would feel shameful if someone stares at her.

The charges against her have also cost Wannapa her job. After spending a year working as a taxi driver, Wannapa got a part-time job in a warehouse, but was let go before being made a full-time staff when her employer found that she has a criminal record. She now works part-time at several warehouses. However, the monitoring bracelet also caused her problems as it triggered metal detector gates at warehouses she worked at, and other employees would gossip about her. Wannapa said she fears the shame so much that she would not work at large warehouses with metal detector gates, which means that she is not able to earn as much money.

Wannapa’s oldest son has left school to work as a food delivery driver. Her youngest son has also left school and now lives with his grandparents outside of Bangkok.