A bid to give small and mid-sized parties an easier route to party-list seats in the next election has been rejected by the Constitutional Court, which has ruled that original calculation formula is legitimate. 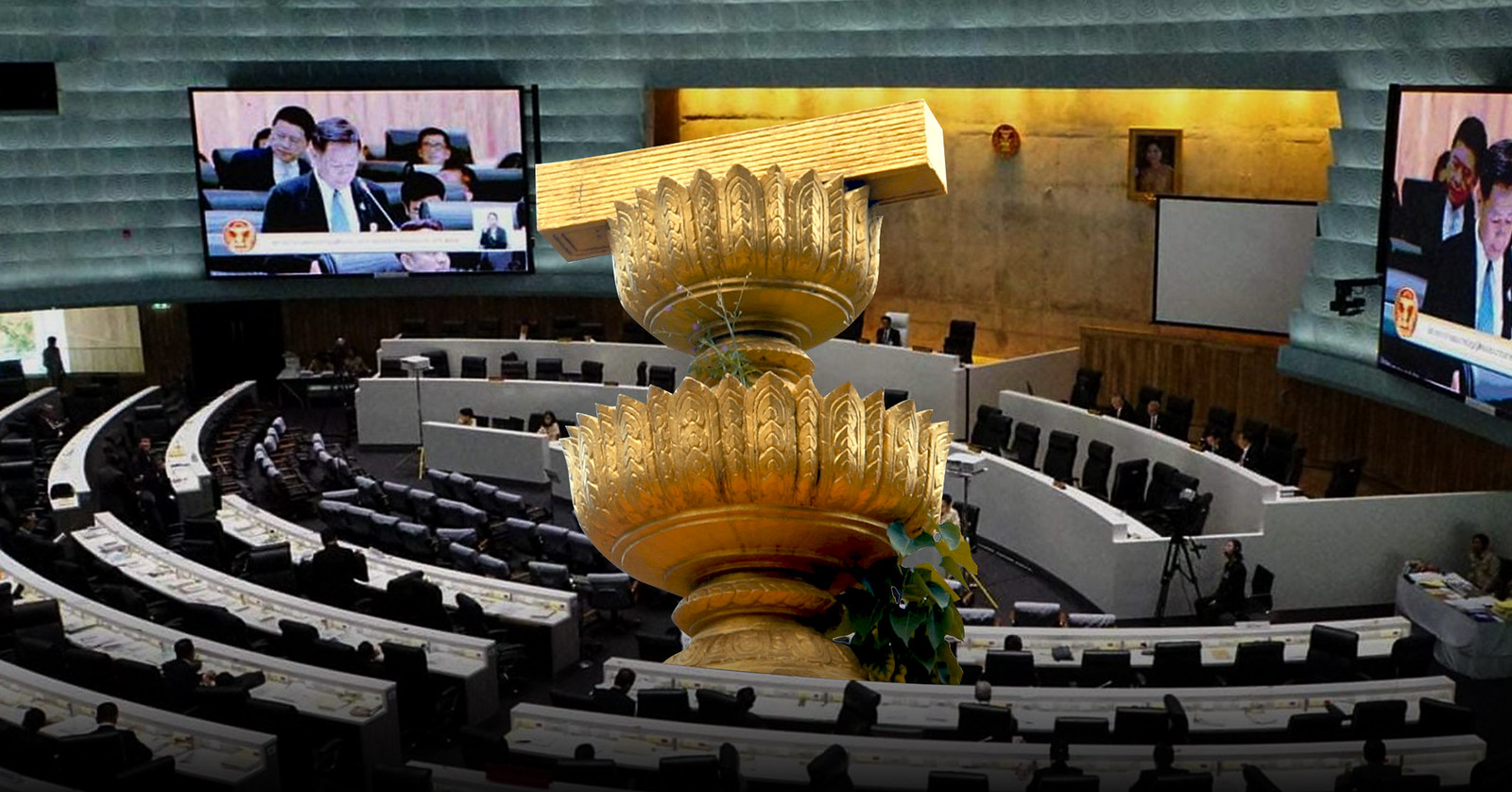 On 30 November, the Constitutional Court published a press release, announcing the judges’ response to a request made by 105 lawmakers to consider if Sections 25 and 26 of the Organic Act on the Election of the Members of the House of Representatives are constitutional or not.

The judges ruled unanimously that the Sections were constitutional, noting that the drafting process was in line with the procedure set in the 2020 Constitution.

Why is it so important?

The Court’s ruling means that the constitutionality of the whole bill cannot now be challenged. The Parliament Speaker will submit the bill to the Prime Minister, who will wait for another 5 days to see if any more challenges will be referred to the Constitutional Court. If there are no complaints, the bill will be submitted to the King for signature for the law to come into force.

Assuming no further challenges, this marks the end of a long struggle over the calculation method and will determine the landscape of the House of Representatives after the next General Election in early 2023.  The proposal to divide the total partly-list votes by 500 (the total number of seats in the House) rather than 100 (the total number of party-list seats) is now effectively dead

Based on number of valid votes in the 2019 election (where each ballot was used to select both constituency MPs and party-list MPs), under the ‘division by 100’ formula, 355,968 votes would be needed for each party-list MP, but only 71,193 votes under the ‘division by 500’ formula. The lower number would mean more parties would make the cut, leading to a proliferation of micro-parties.

How will a ‘division-by-500’ party-list calculation shape the next election?

The ‘division by 100’ formula is expected by observers to benefit big parties with strong constituency support, making it harder for small or mid-sized parties to win seats.

If these expectations are realized, the next lower house will see fewer parties with representatives, as big parties will gain large numbers of constituency seats and can still claim party-list seats.

How did we get here?

The amendment also re-instituted separate ballots for constituency and party-list. Voters will receive two ballot papers, one listing the candidates for MP in that constituency, and the second listing political parties which will be used in the calculation of party-list seats. Voters are free to choose an MP from one party and then a different party on the party-list ballot.

The challenged Organic Law determines the calculation for allocating party-list seats. During the drafting process, the debate was whether the party-list vote totals should be divided by 500, the total of all seats, or by 100, the number of party-list seats.

The ‘division by 500’ formula was promoted and lobbied by micro-parties who currently have only one party-list MP each. Ravee Maschamadol, leader of New Palangdharma, stood out as a vocal supporter of this formula.

At first, parliament defied the drafting committee, which had proposed division by 100, but later backtracked in the final reading. 105 parliamentarians, including appointed senators, later filed a request to the Parliament Speaker to ask the Constitutional Court to review the bill’s constitutionality.

Upon hearing the Court’s consideration, Ravee told the media that he will no long oppose the law. The micro parties may have to merge to give themselves a chance of a seat in the next parliament.

News
politics
Constitution Court
Organic Act on the Election of the Members of the House of Representatives
division by 100
division by 500
Ravee Maschamadol
Source:
prachatai.com/journal/2022/11/101664