What we can more or less expect from APEC 2022

The summit meeting of Asia-Paciﬁc Economic Cooperation (APEC) in Bangkok’s Queen Sirikit National Convention Centre (QSNCC) is right around the corner. 21 member states from across the Asia-Pacific region will gather together in the setting to discuss what lies ahead for their legally non-binding economic integration. 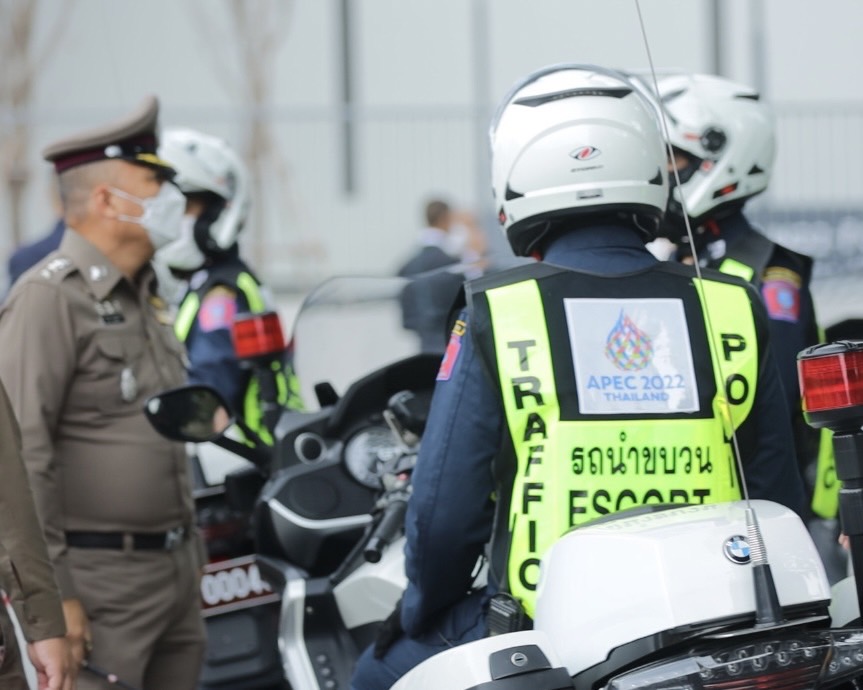 To ensure a secure and fruitful discussion, travel controls, no-fly zones for drones, and protest prohibitions for related venues will be enforced. Some 20,000 police officers will also be deployed to assure that nobody interrupts the conversations of attending global elites.

The meeting will be held amidst dire challenges posed by the pandemic, war atrocities, and superpower competition for global influence – a set of circumstances entirely at odds with this year’s theme “Open. Connect. Balance.”

Cancelled in 2019 due to an uprising in Chile, and later held ‘virtually’ in Malaysia and New Zealand because of  Covid-19, the summit in Bangkok will be the first time the leaders meet face-to face in years. With hundreds of thematic dialogues, workshops, and meetings, leaders will have ample opportunities to discuss their agendas with others.

APEC hosting is not new to Thailand. It has hosted the summit twice, once in 1992 and again in 2003. Global circumstances in 2022 are different, however.   The familiar dynamic of post-cold war globalisation has been stranded by Covid-19 lockdowns. Global trade has also been torn apart and politicised by the Russian invasion of Ukraine. The unipolar influence of the US - the cold war’s “victor” - is also being challenged by China, and in the security sphere - a renewed threat from Russia.

15 APEC members have confirmed that their leaders will be attending the summit on 18-19 November. This includes president Xi Jinping from China. Russian premier Vladimir Putin’s decision not to attend added salt to the wound Thailand suffered when US president Joe Biden declined to come here after attending a US-ASEAN summit in Phnom Penh and G-20 summit in Indonesia.

A number of issues will be discussed with China. Before its lockdown in 2020, the country’s political influence was growing in the ASEAN region via infrastructure development and controversial lending policies, the outcomes of its surging economic growth. The lockdowns of its “Zero-Covid” policy have subsequently disrupted global markets. Harsh crackdowns on illicit businesses in the country have also resulted in large numbers of Chinese ‘businessmen’ engaging in illegal activities here - from online scams to human trafficking into businesses that ignore basic labour rights and human decency.

The most recent case in Thailand about the mass roundup of Chinese allegedly involved with money laundering, drug, casinos, and its patronage to the ruling Palang Pracharat Party deserves an address with China over possible resolution. Additionally, as cracking down on foul economic operations is one of China’s agendas, and as other APEC members including Vietnam, the Philippines, Indonesia, and Taiwan have also had their citizens lured into cyber slavery, the meeting might provide an opportunity to deal with the problem constructively and concretely.

As APEC member states account for about half of the world’s GDP, there should be plenty of room for initiatives. The influx of foreign direct investment (FDI) in ASEAN rose to 174 billion USD, recovering to its pre-pandemic period in 2019. A joint Unctad-Asean report published in September 2022 indicates that the driving force behind this resurgence is the emergence of start-up businesses like e-commerce and fintech in the region. As Covid-19 lockdowns ease-up, this bodes well for a limited economic recovery from the blow delivered by the pandemic.

In marked contrast to the rest of Asia, Vietnam has been experiencing a rapid economic recovery. In the first half of 2022, the country reopened, eased restrictions, and brought inflation under control. It has also been actively participating in meetings between state authorities and business actors, creating conditions for further discussion with APEC members to promote post-pandemic recovery.

In a broader context, Vietnam’s recent stance towards China in the contested South China Sea has involved a more constructive dialogue seeking points of mutual agreement, facilitating discussions that can focus more on the economy than security issues

An attendance of Saudi Arabia’s premier Prince Mohammed bin Salman will also give Thailand a chance to discuss the recovery of diplomatic ties after decades of feud stemming from a jewellery theft incident. This is truly an achievement by the General Prayut administration, but it is remained to be seen what benefit the business sector and citizens will derive from discussion other than restoring a destination for blue collars labours to hunt for cash.

It remains to be seen what “Balance” will emerge from the meetings. “Ensuring a whole-of-society participation and delivering equitable benefits to all people” may not be easy to do when voices of dissents are being suppressed or kept far away from the event venue. In the past few months, the security sector has been pushing security here at all costs. Rounding up Cambodian refugees, deploying a large network of police and soldiers to monitor and pressure activists, and threatening protesters over a minor APEC meeting have become regular news.

It also remained to be seen whether the details of the government’s Bio-Circular-Green Economy Model (BCG) are in line with the resolution from APEC Business Advisory Council (ABAC). As of this writing, key players of the mechanism in Thailand are mostly made up of government officers and representatives from major businesses. It begs the question of whose interests will be served by this sustainability programme.

With ‘inclusiveness’ this limited, the international recognition this government so desperately yearns for may in the end be little more than praise of local culinary skills and over-the-top hospitality.

On 17 November, Prachatai English replaced the opinion with an edited version.