Home » If walls could talk: Khana Ratsadon architecture and the Bangkok that could have been

If walls could talk: Khana Ratsadon architecture and the Bangkok that could have been

The disappearance of Khana Ratsadon, also known as the People’s Party, era art and architecture is well documented.  However, recent research into AR modelling technology allows viewers to compare the past and present as never before. 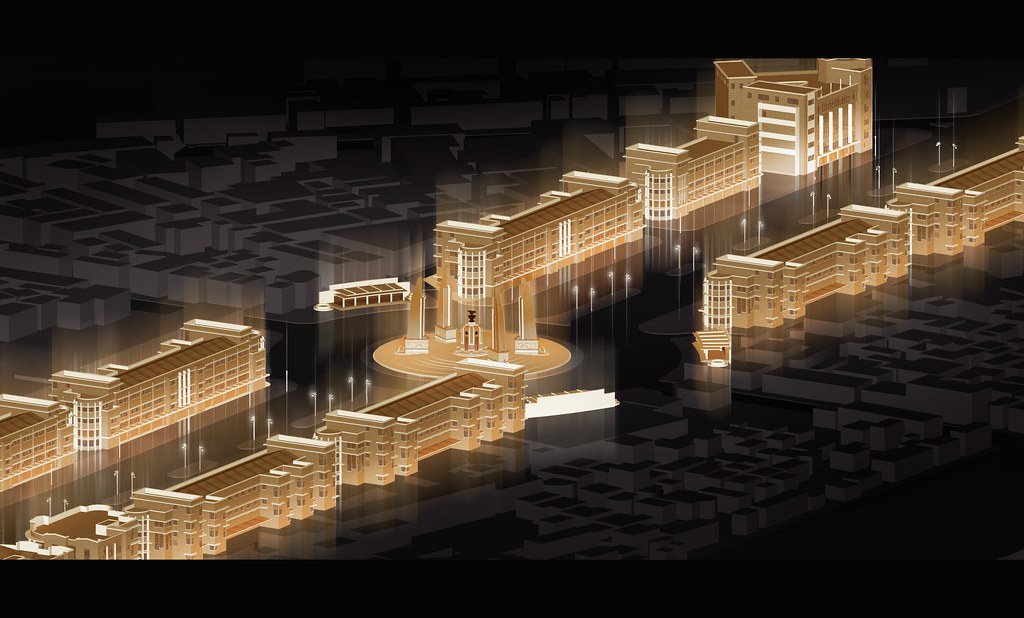 Prachatai English spoke with Pat Kulkan, an independent researcher and AR model designer associated with Kidyang and Urban Ally, sites dedicated to the study of architecture and urban planning, and Chatri Prakitnonthakan, professor of history of architecture at Silpakorn university, author of The Art and Architecture of the People's Party, and advisor to the aforementioned project. They talked about their interest in the Khana Ratsadon era, the meaning behind its unique architectural style, and the lessons we can learn from modelling this history.

Uprooting democracy: The war on memory and the lost legacy of the People’s Party

Erasing memories: When the state wants us to forget

Viewing the past in the present

Augmented reality (AR) models work by overlaying the virtual 3D images of a lost building onto the space it used to, or was designed to, occupy, allowing “viewers to see themselves in and interact with these former buildings in real urban areas” said Pat Kulkan. 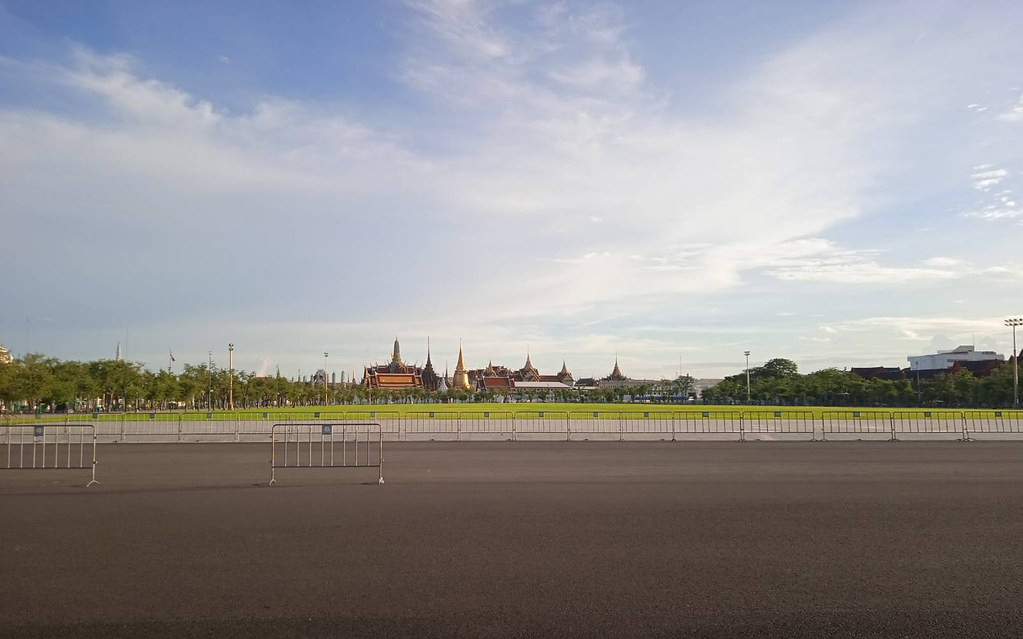 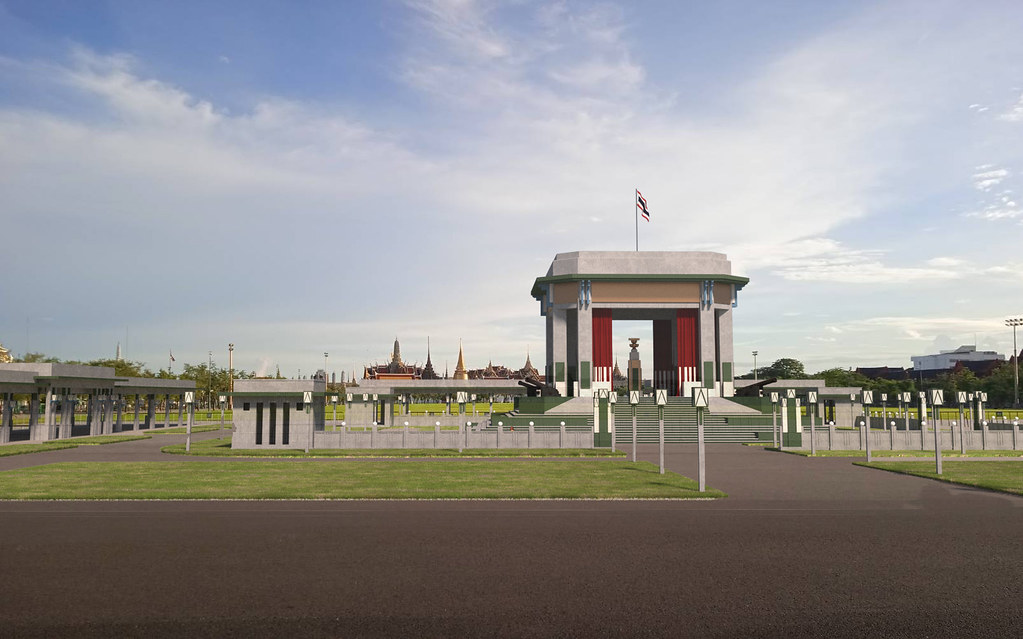 Pat cited the disappearances of the People’s Party plaque and the Constitution Defence Monument as key incentives behind the direction of their research project, called Ratsadon damnoen (Peoples’ Walk) describing its purpose to “restore the legacy of the People’s Party and revive the memories tied to these lost legacies in the most accessible form for the public”.

Not only does the Peoples’ Walk encompass architecture that once existed but has now disappeared or been demolished, it also includes buildings that were  planned but never completed. Pat called this an exercise in “what if” history.

While Pat admits that considering “what ifs” is not a common practice for historians, and perhaps a bit of a guilty pleasure, he observes that modelling “what if” buildings allows viewers to imagine a past that could have been.

Pat is careful not to wear the nostalgia goggles too tightly, noting the “ good old days may have never actually existed.” He points out that Khana Ratsadon was not devoid of corruption, but remains “hopeful that all of these reproductions might inspire us to imagine the past when the future was bright.” 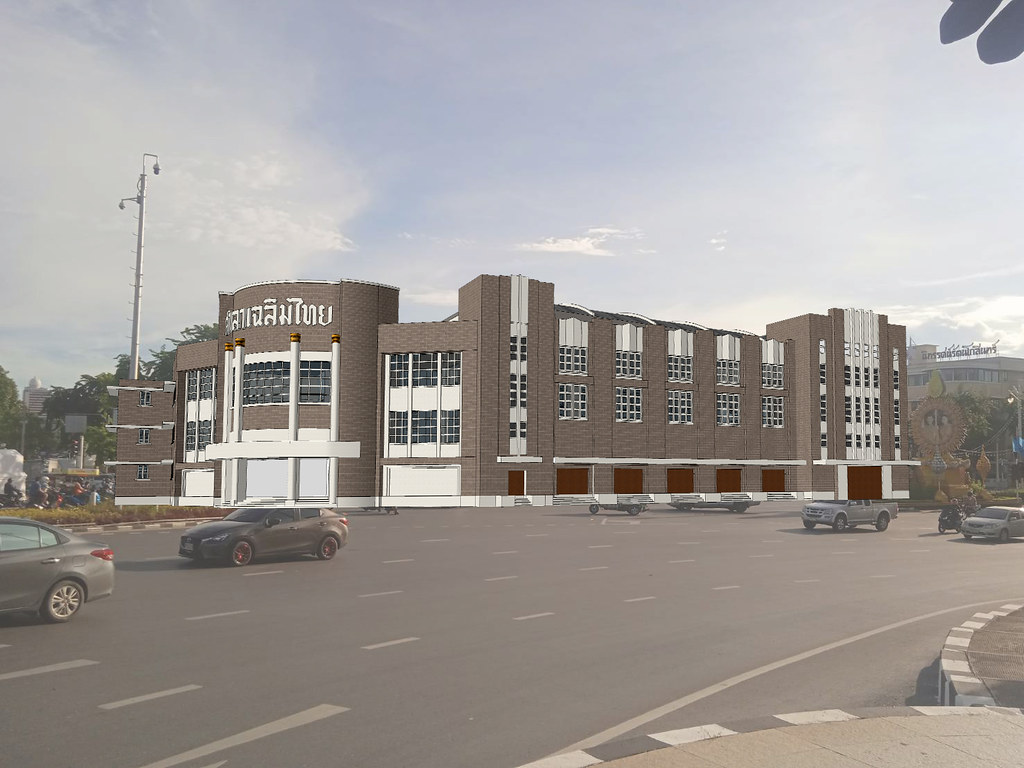 Such models are not without critics. When The Cloud, an online magazine, posted a short article on Facebook about Urban Alley’s AR project that included a picture of the model of now-demolished Sala Chaloem Thai Theatre, most commentators agreed with the change, criticising People’s Party era architecture as ugly and agreeing that the Sala Chaloem Thai Theatre should be demolished to allow a clearer view of Wat Ratchanadda and Loha Prasat.

“Wat Ratchanadda is very beautiful. I agree with the demolition of the building to open up the view. I like the style of Loha Prasat …nothing should hide its outstanding beauty,” said one.

The meaning within the walls

Khana Ratsadon led Thailand from 1932 to 1947. They overthrew the absolute monarchy through a bloodless coup and replaced it with a constitutional monarchy in the 1932 Revolution, commemorated by the Democracy Monument. They defended their newly established democracy against the Boworadet Rebellion which sought to return the monarchy to power in October of 1933.  A cenotaph marking the victory,  the Constitution Defence Monument, went missing in 2018.

The Khana Ratsadon era ended in 1947 following a coup led by Field Marshal Phin Choonhavan. It brought about a reactionary about-face in terms of architectural style according to Chatri Prakitnonthakan. In-progress and planned Khana Ratsadon projects ground to a halt and were replaced with a style called Applied Thai Architecture (ATA), which Chatri put simply as a “modern building in floor plan but you use the traditional Thai roof on the top, in the period of Khana Ratsadon: no roof, flat top.” 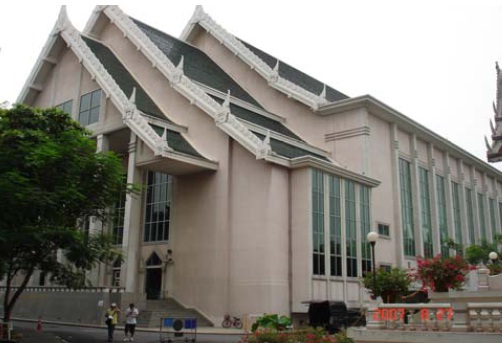 The auditorium at Thammasat University, built in 1954, is an example of ATA. Its distinct pointy and triangle-shaped roof differs from the flat tops of the Khana Ratsadon era buildings pictured previously.

Since the 2014 coup, Chatri has seen a shift to a style he calls Ultra-Thai Architecture. Unlike ATA which uses only form, such as the installation of Thai-style roofs with little consideration to the meaning attached, Chatri argues that Ultra-Thai Architecture combines both form and meaning.  He uses the new Parliament building, completed in 2021, as an example.

Called “Sappaya Sapha Sathan,” the new parliament building is located on Samsen Road along the Chao Phraya River. It features a golden pagoda on top of the building, which is lined with teak wood poles and houses two meeting halls for the Senate and the House of Representatives, namely Chandra and Suriyan (Moon and Sun in Sanskrit language) as well as meeting rooms and offices.

“The new parliament building is not a public building, but a sacred building. The monarchy is at the centre. The top of the building is the pagoda, the traditional Thai pagoda, it is very sacred, very traditional, turning the clock back more than 200 years ago,” Chatri said. 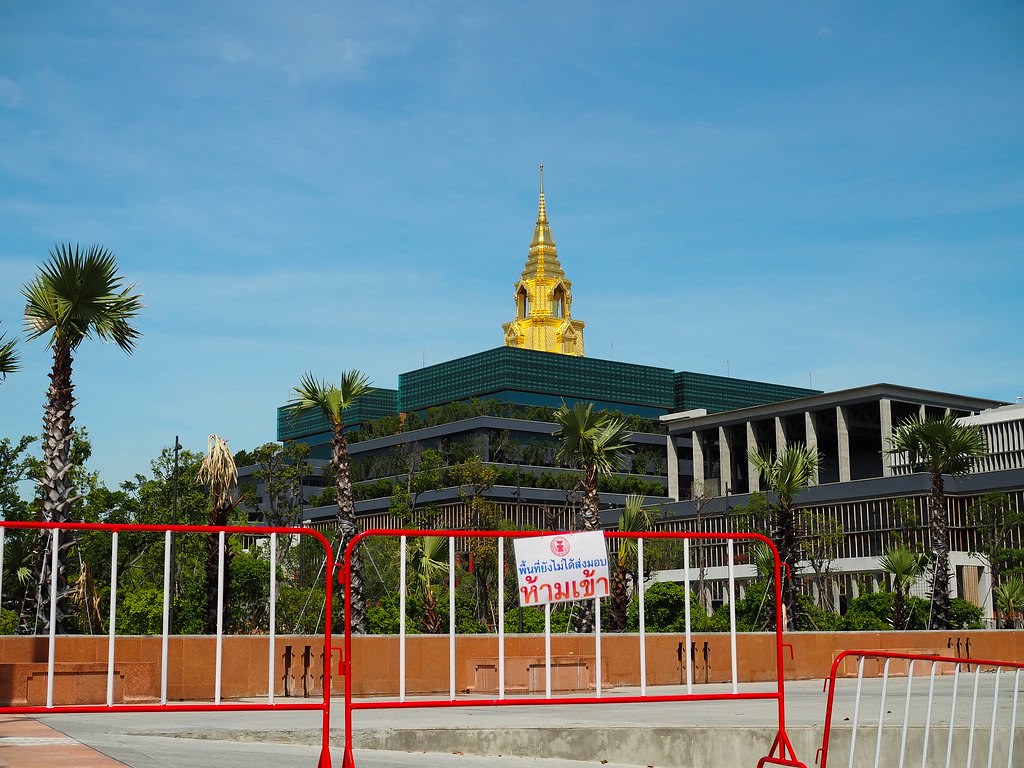 “I think when we use the building under the top that has a traditional pagoda, that building will make you become small … tiny people under the space that is sacred and more powerful than you. The building changes you to a subject,” he said.

Design of a new parliament building focuses on morality of politics

The Democracy Monument, unique in the world

From Khana Ratsadon to Ultra-Thai, architecture in Thailand has borne witness to dramatic changes over the years, and yet the Democracy Monument still stands as a “unique symbol, built only in Thailand, in this period only”, says Chatri. He considers it the best example of Khana Ratsadon’s style, which he argues combines “Art Deco” style with a unique meaning. 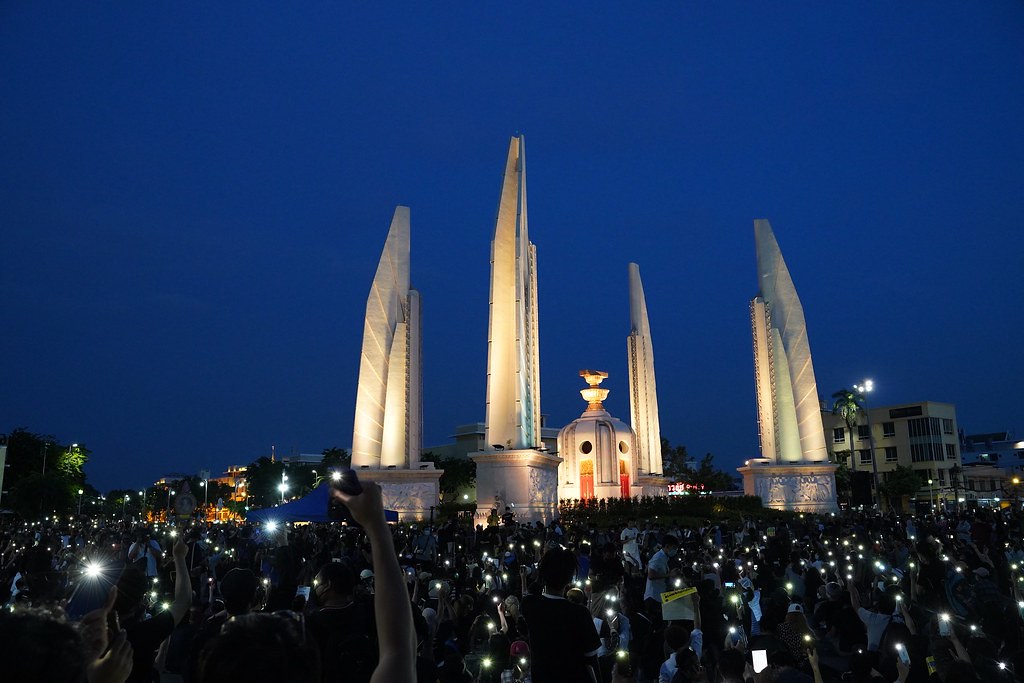 At a glance, a casual observer will notice that the Democracy Monument displays none of the decoration and ornamentation of traditional Thai buildings. This is intentionale.

The centre of the new Thai Parliament building is the monarchy, according to Chatri, whereas the centre of the Democracy Monument is the consitution. This is a core difference behind not just the form, but also the meaning embedded into these buildings, highlighting what is placed at the centre depicts the important values at the time of construction.