A court in Narathiwat on Wednesday (19 October) sentenced a 31-year-old woman to 9 years in prison on charges of royal defamation and violation of the Computer Crimes Act for sharing Facebook posts about the use of violence to disperse pro-democracy protesters in 2020 and the public being prohibited from using Sanam Luang. 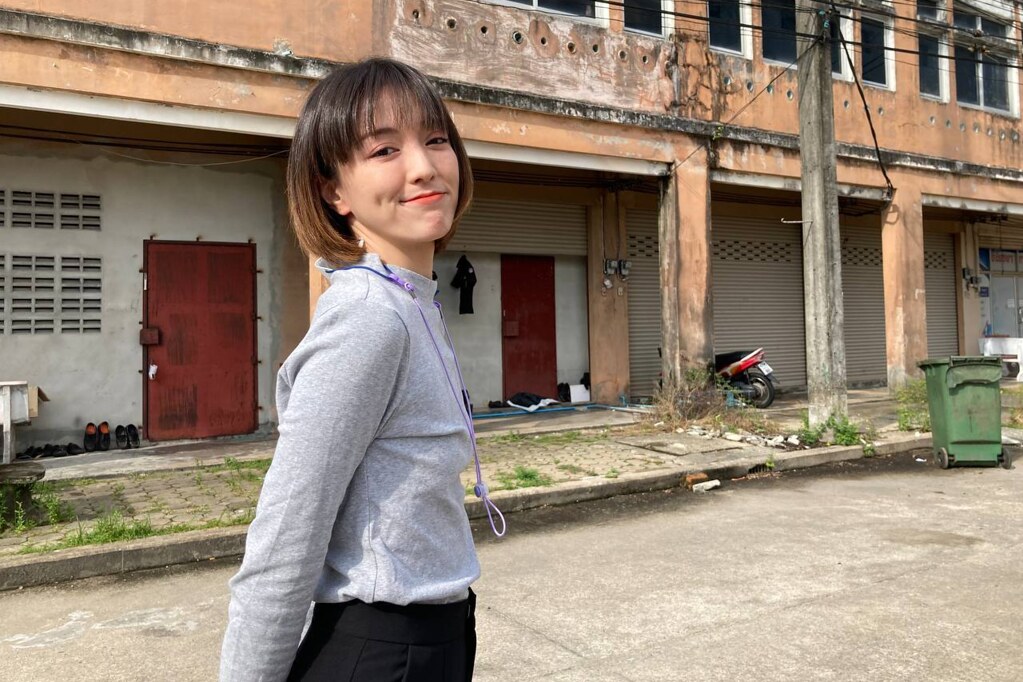 Pakpinya (last name withheld), 31, is a Bangkok-based hospital librarian, singer, and model. She was charged with royal defamation and violation of the Computer Crimes Act after a complaint was filed against her by Phasit Chanhuaton, an English language tutor from Narathiwat who has filed royal defamation complaints against at least 8 people with the police in Sungai Kolok, including Udom, a factory worker who was sentenced in July 2022 to 6 years in prison, and Kanlaya, a 26-year-old private company employee from Nonthaburi who was sentenced in August 2022 to 6 years in prison.

Thai Lawyers for Human Rights (TLHR) noted that noone who Phasit has filed a complaint against lives in Narathiwat or nearby provinces.

TLHR said that Phasit accused Pakpinya of royal defamation by sharing 6 posts from several Facebook pages run by activist groups, including a 17 November 2020 post on the Free Youth Facebook page stating that crowd control police have fired water cannon blasts at protesters and are going to use rubber bullets, to which she added a caption saying that people would be able to enter if they wear a yellow shirt.

He also accused her of sharing a post from an anti-government Facebook page called ‘KTUK – คนไทยยูเค’ claiming that the King ordered the use of violence against protesters on 25 November 2020 and the use of the royal defamation law against protest leaders, and a post from a private Facebook account criticizing the use of Sanam Luang for funerals while the public is barred from using the space, as well as three other posts about enforced disappearances and the government’s mismanagement of the Covid-19 pandemic and vaccine production.

TLHR noted that Phasit filed charges against Pakpinya using screen captures of the posts printed onto the same piece of paper, even though the posts were made separately between November 2020 – April 2021, which made it seems like they are all related.

TLHR also reported that, during the witness examination hearing, Phasit said that he saw that she commented on a post made on the Facebook page of the royalist group Thailand Help Center for Cyberbullying Victims and was arguing with the group’s President Nangnoi Assawakittikorn. He then went onto her profile page and found the posts that he claimed talked about the monarchy. He said he has never met Pakpinya, but insisted that she is the owner of the Facebook profile he filed a complaint against.

During cross-examination, Phasit claimed that he was not involved with the royalist group Citizens' Network to Protect the Monarchy, even though he stated when he filed his complaint that he was a member. He also claimed not to know who the group’s leaders or members were, and that he knew that the network has been filing royal defamation complaint against people in various provinces, but did not know where.

Phasit said that he took screen captures of the posts from his mobile phone and did not print them out from Facebook, so there was no URL for each post, and that he adjusted the size of each picture before putting them into Microsoft Word and printing them out.

Pol Maj Natee Chansaengsri, an inquiry officer at Su-ngai Kolok Provincial Police Station, also testified that he did not ask to see Phasit’s mobile phone, or for the original files of the photos he printed out. The police also did not confiscate Phasit’s mobile phone and laptop, so he could not confirm whether the content used to file the complaint matched with what is on the Facebook profile.

He also said during cross-examination that it was not possible to determine the IP Address that uses the profile, and that identity could not be determined from a YouTube account. He admitted that it is possible for Facebook accounts to share names and that he does not know if information on Facebook can be changed by another person.

TLHR reported that, yesterday (19 October), the Narathiwat Provincial Court found Pakpinya guilty and sentenced her to 9 years in prison for 3 counts of royal defamation under Section 112 of the Thai Criminal Code and bringing into a computer system data which affect national security under Section 14, paragraph 3 of the Computer Crimes Act. It ruled that 3 out of the 6 posts constitute an offence under the royal defamation law, while the remaining 3 cannot be proven to be about the King or the monarchy.

Pakpinya was later granted bail using a security of 50,000 baht, in addition to the original 150,000-baht security filed when she was indicted.

She told iLaw that she felt she was being bullied, since she did not previously know Phasit and has no conflict with him, and because she lives in Bangkok and he lives in Narathiwat, she was made to travel long distances to attend court hearings. She said that she had to spend at least 3 days per trip, two of which were spent travelling, because there is only one flight per day between Bangkok and Narathiwat and only 2 -3 buses from Narathiwat to Su-ngai Kolok.

Having to travel affected her work. Pakpinya said that her employer does not want her to take leave often since she works in the service sector, and that there are a lot of requirements about whether she can take leave or not; for example, she must make sure not to take leave on the same day as another co-worker.

“I wanted to say I’m nervous…but actually it’s not like I’m keeping my fingers crossed, because it’s like you have to see what happens on the day,” Pakpinya said after ahead of her sentencing. “I want to know how twisted the Thai justice system can be, because there are still people who do their job fairly, but there are also people who want to just close the case, so I want to know if it can get even more twisted, because the witness examination has passed and I can tell which direction it’s going.”