A man was arrested on Saturday evening (15 October) at the Queen Sirikit National Convention Centre (QSNCC) and charged with royal defamation for refusing to sit down and shouting as King Vajiralongkorn's royal motorcade went past. 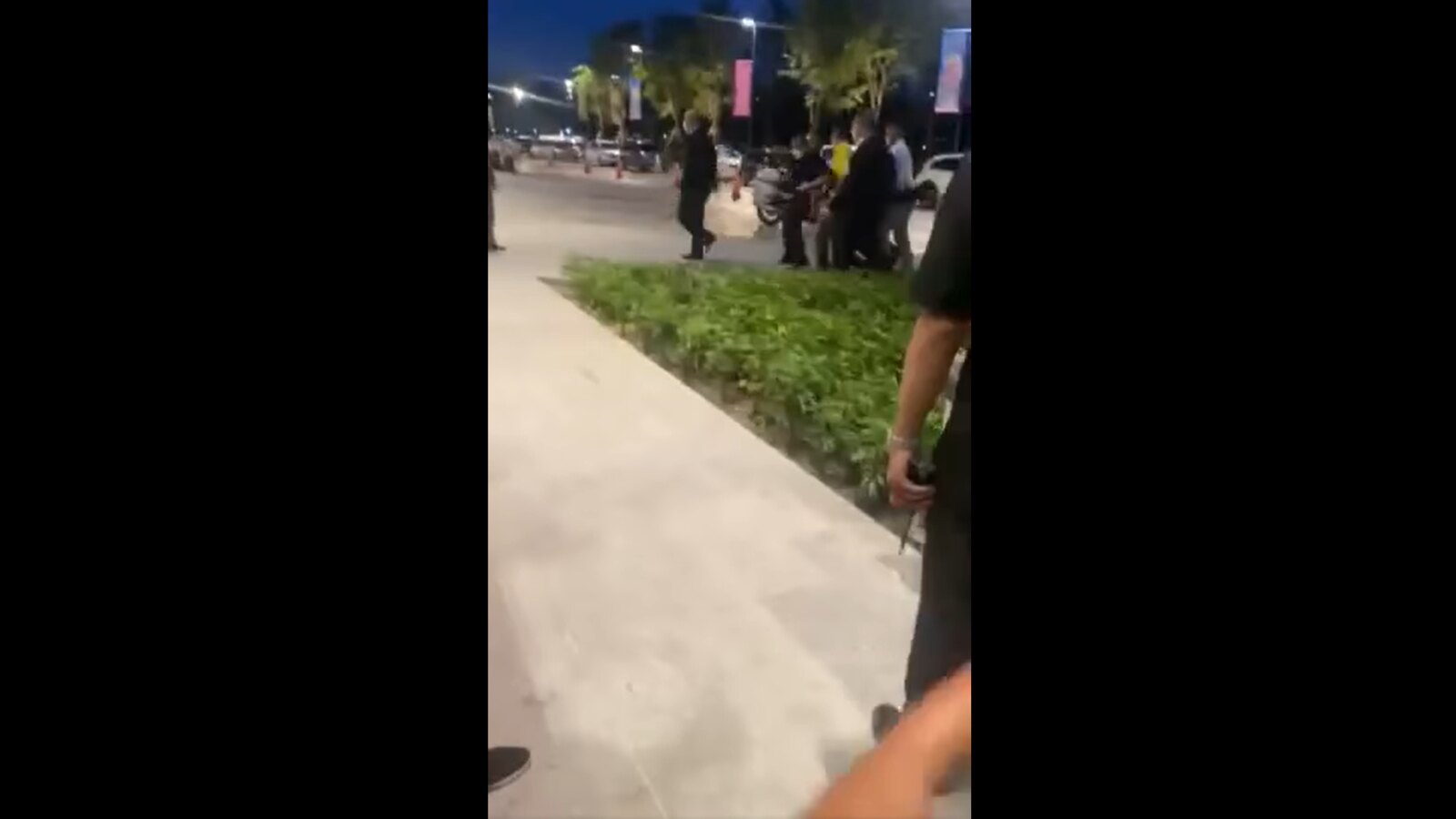 A screencapture from a video clip taken by an activist who witnessed the arrest.

The incident took place when King Vajiralongkorn and Queen Suthida went to open the QSNCC, which has recently reopened after 3 years of renovation and where the annual National Book Fair is being held. Beam (pseudonym), a student activist who was on the scene and saw the arrest, said that at around 18.15, a group of officers detained the man, putting him in a chokehold and carrying him inside the QSNCC by his arms and legs. An officer also put a hand over the man’s mouth.

Beam tried to follow the man, but was blocked by an officer. At around 19.30, Beam was told that the man had been taken to Lumpini Police Station, but officers at the station denied that anyone had been sent there when activists went looking for the man.

Thai Lawyers for Human Rights (TLHR) later reported that the man was Atirut (last name withheld), a 25-year-old programmer, and that he was being detained at Lumpini Police Station. According to the arrest record, he was arrested and charged because he refused to sit down and shouted “Going anywhere is a burden ” as the royal motorcade went past.

TLHR also said that he was seized by around 10 officers and received minor injuries, including scratches on his left ankle and both elbows and a torn nail on his right hand. He was also reported to have been handcuffed after being carried inside the QSNCC.

Atirut has been detained at Lumpini Police Station for the past two nights. He was taken to court this morning (17 October) for a temporary detention request.

The South Bangkok Criminal Court granted the request to temporarily detain Atirut for 12 days. After his lawyer filed a bail request, he was granted bail with a 200,000-baht security and released.