Activist Ekachai Hongkangwan has been given bail after being sentenced to one year in jail under the Computer Crimes Act over his online posts about his sexual experiences while in prison. 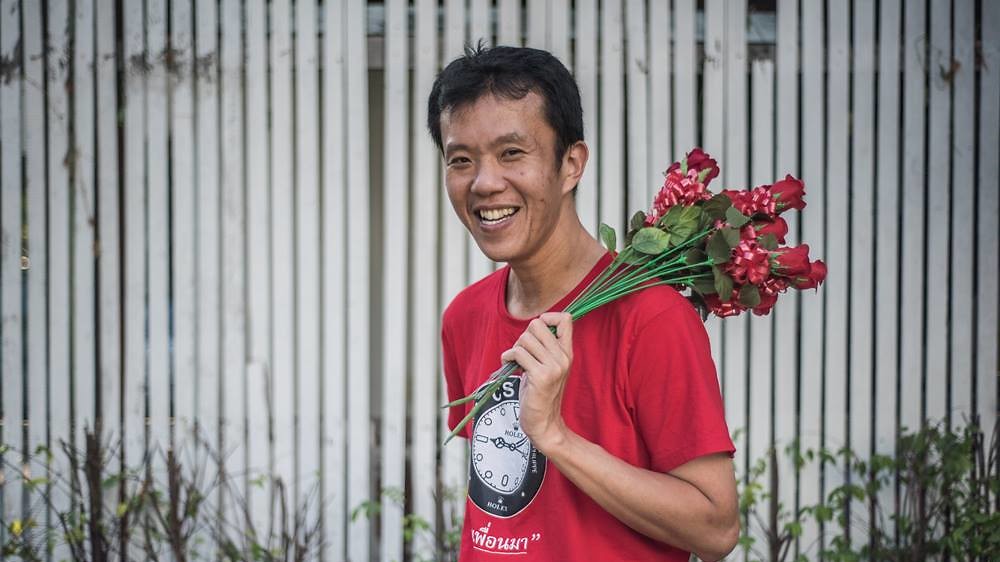 Ratchadapisek Criminal Court has scheduled a bail hearing on 19 September, his 6th attempt after the Court of Appeal found him guilty and sent him to jail on 19 April 2022.

Chokchai Paibulratchata, Ekachai’s friend, said he submitted the bail request last Friday. The Court the first scheduled a hearing at 16.00 on Sunday, but it was rescheduled as Chokchai was not available that day.

He said the Court allowed bail with 100,000 baht as security. Ekachai was released on the night of 19 September among the crowd who were seen waiting to welcome him back outside.

Ekachai was jailed in 2013 under the royal defamation law for selling copies of a documentary film from ABC News and Wikileaks documents at red shirt protests in 2011.

His latest jail sentence was on account of 9 of 14 posts in total in a series “Life in prison, my first time.” Ekachai testified that he wrote the series to tell readers about his bad experiences in prison and to call for prison conditions to be improved.

The lawsuit was filed against him in 2018 by Pol Maj Ekaphon Saeng-arun of the Technology Crime Suppression Division (TCSD) at around the time Ekachai was campaigning for an investigation of Gen Prawit Wongsuwan, then Deputy PM over his possession of multiple luxury watches.

Ekachai has been active in political protests for more than a decade. During his time as an activist, he has faced multiple lawsuits and has also been subjected to death threats and physical assault at least 12 times.