Documents have been leaked in the Constitutional Court case to determine whether Gen Prayut Chan-o-cha has reached his maximum tenure as Prime Minister.  The Court announced plans to investigate. 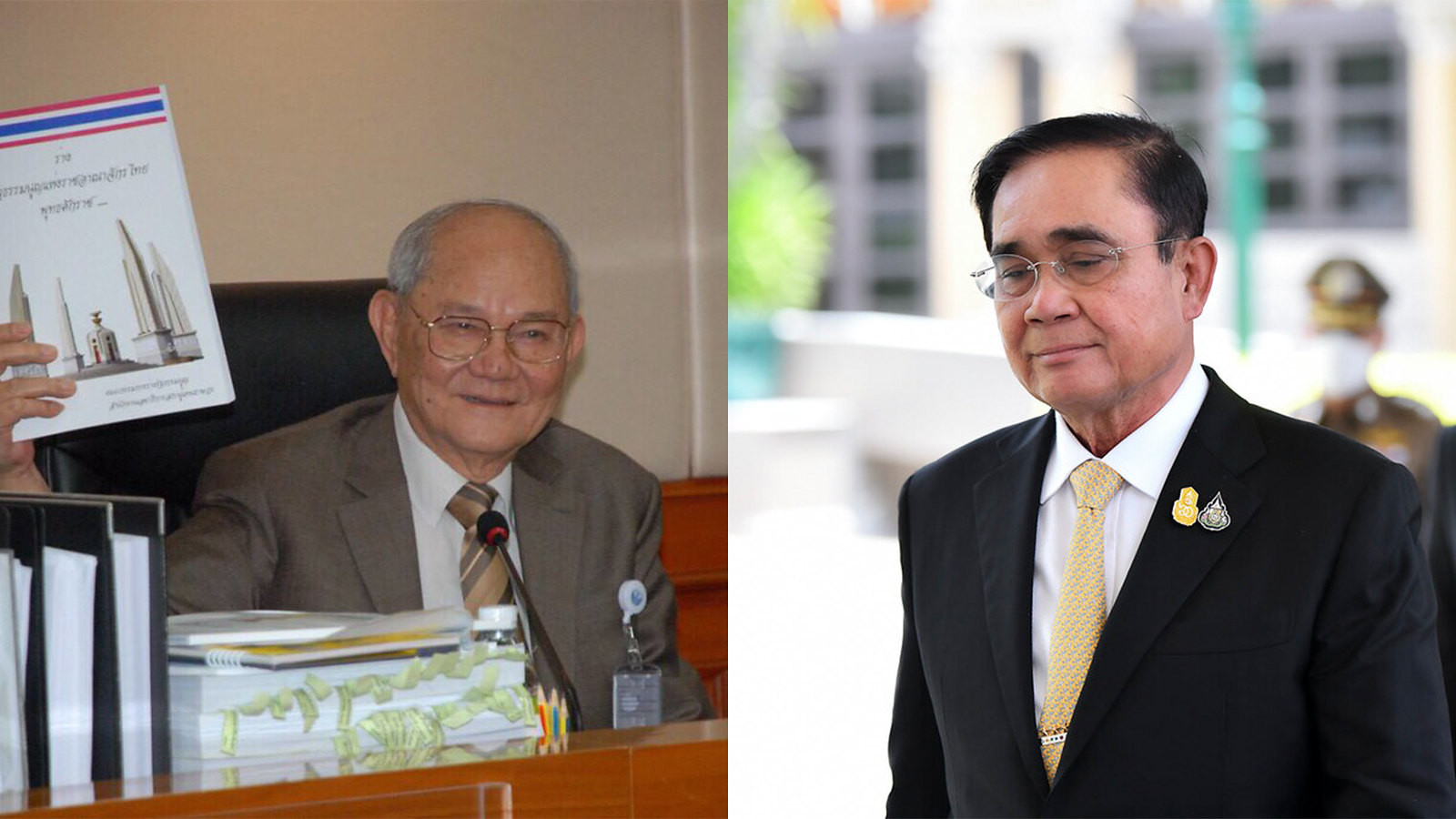 On 7 September, Chaowana Traimas, Secretary-General of Office the Constitutional Court, told the press that Constitutional Court head Worawit Kangsasithiam was deeply concerned and saddened by the fact that documents from a court deliberation about PM term limits were circulating on social media and that an investigation was needed.

The press briefing was held after a testimony document from Meechai Ruchuphan, the former head of the 2017 Constitution Drafting Committee, was leaked to the public.  Meechai was asked by the Court to offer an opinion on the tenure problem.

This contradicts information contained in a document leaked earlier - a minute from the Constitutional Drafting Committee’s 500th meeting on 7 September 2018 in which Meechai was quoted as stating that the 8 year term limit should be calculated from before the 2017 Constitution came in effect.  At the end his testimony, Meechai said that this was a clerical error and that the minutes were never approved by the committee.

Chaowana refused to confirm the contents of the leaked document, but acknowledged that the Court asked Meechai to comment. The Secretary-General also said that he learned of the leak the same way as the media did and added that the case would not be affected by an internal investigation.

Meechai’s explanation to the Court that his earlier comments about term limits were incorrectly minuted gave rise to yet another leak - a minute of the Constitutional Draft Committee’s 501th meeting on 11 September 2018, four days after the 500th meeting.

According to the minutes, Meechai, the Committee Head, and 17 members “approved the minutes of the 500th meeting which took place on Friday 7 September 2018 …without any corrections,” a statement which - if not another clerical error - suggests that Meechai perjured himself before the Constitutional Court.

It remains to be seen if other leaks will develop in the case. As of 7 September, there have been three: the minutes of the Constitution Draft committee’s 500th and 501 meetings and Meechai’s testimony, this last the only one directly related to the Constitutional Court’s proceedings.

Regarding the case, Chaowana said there is no law limiting the time frame of Court deliberations, which end when the Court determines that it has received sufficient information to make a judgement. Traditionally, in cases of this kind, ruling dates are announced 7 days in advance so that both sides can arrange to attend.

As of 8 September, a document allegedly to be Gen Prayut Chan-o-cha’s testimony to the Constitutional Court was leaked after the press briefing. The 23-pages document explains how Gen Prayut's 8-year term should be counted after the 2017 Constitution came into effect.

As a result of the tenure case, which developed when 171 parliamentarians petitioned the Court to rule on whether junta-leader-turned-politician Gen Prayut had served his maximum eight years in office, the political atmosphere in Thailand has been heating up.

After On 24 August, the Court suspending Prayut from the prime ministership, resulting in Gen Prawit Wongsuwan, his brother-in-arms and former deputy PM, assuming the office.