Yukti Mukdawijitra, lecturer at Thammasat University’s Faculty of Sociology and Anthropology, has been charged with royal defamation and violation of the Computer Crimes Act over a post he made on Twitter in May 2021. 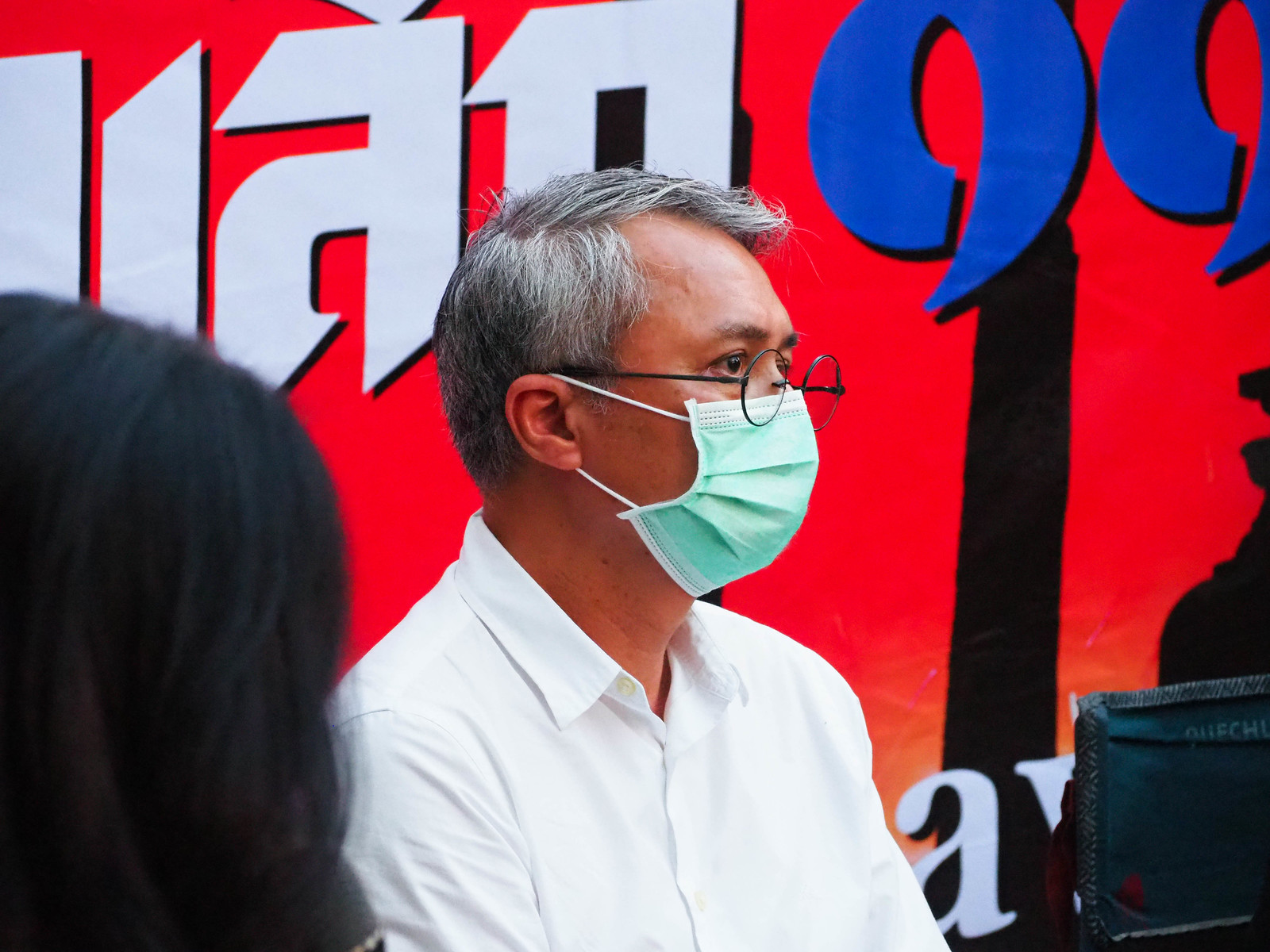 Yukti went to Nang Loeng Police Station yesterday (11 April) to surrender himself after an arrest warrant was issued for him by the South Bangkok Criminal Court. Thai Lawyers for Human Rights (TLHR) said that the police requested an arrest warrant because the inquiry officer sent a summons to Yukti’s address as appeared on his ID card, but he no longer lives there and did not receive the summons.

TLHR said that the complaint against Yukti was filed by Apiwat Kantong, a lawyer in the Office of the Prime Minister, and that, according to the police, the complaint was a result of a post Yukti made on Twitter in May 2021. The police said that, after academic in exile Somsak Jeamteerasakul posted on social media on 12 May 2021 about the rumour that King Vajiralongkorn has been admitted to a hospital, Yukti posted on his personal Twitter account that “If a rumour isn’t true, then make it a curse,” which Apiwat interpreted as an insult and a threat against the King.

Apiwat also claimed that Yukti was aware that a rumour of the King’s illness was being circulated at the time. He therefore interpreted the post as Yukti intending to curse the King and wishing that he was sick or that he would die.

Yukti denied all charges and will submit his testimony in writing within 30 days. The inquiry officer granted him bail at the police level using a 100,000-baht security, covered by the Will of the People bail fund.

He said that he understands the police’s work and believes that the police had to follow orders and government policies. However, he is concerned about the interpretation of the royal defamation law and said that it is as if the authorities are trying to lower the limits of criticism.